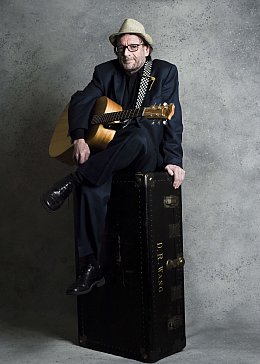 You would have to have lived a very sheltered life in Auckland not to have encountered Otis Mace, the post-punk street singer-songwriter who has become something of a folk hero.

In his time Mace has recorded for Ode, Ripper and Jayrem, opened for Bily Bragg, Violent Femmes, Dead on Arrival and others, has wriiten for films, theatre and dance productions . . .

I worked in a toy warehouse, a press clippings agency and audited records for London’s Camden Council. Few years back I played a singing pirate at Kelly Tarlton’s. 21 days of 15-minute shows, six times a day, below sea-level, with songs that had an ecological theme. Very rewarding work…”

On December 11 he is launching his new EP Balaclava, recorded in London, at the Thirsty Dog in Auckland and it contains a number of his typically surreal songs such as A Song in a Miner Key (about the exploitation of mineral resources) and the sci-fi horror fantasy (in a calypso style) Revenge of the 5000 Tonne Baby.

The title track is about Pussy Riot, in his own way.

Time then - overdue actually -- for Otis Mace to answer our Famous Elsewhere Questionnaire . . .

The album, Thick As A Brick by Jethro Tull. First record I ever bought and still a fave.

an actor who always played the role of an evil villain in major films.

“The Revenge of the Five-Hundred Thousand Tonne Baby Otis Mace A good couple of shots. Got this framed B&W Photo taken by Garry Brandon in 1988 at The Gluepot. It shows Clarence “Gatemouth” Brown onstage, head obscured by a puff of pot smoke, playing a Gibson with a capo on it.

Saw Little Feat play the Town Hall in ( I think it was )‘76. Lowell George was drinking from a hip flask. After the show I grabbed the bottle from where he’d dropped it at the front of the stage, swigged the rest of the whiskey ( a good couple of shots) and kept the bottle.

Labretta Suede and the Motel Six - Dirty and Dumb, The Puddle - The Shakespeare Monkey

Pumpkins Are Actually Rocks by Otis Mace. That would be just swell.

a V8 heart with a snake around it. Maybe a skull also.

They are gradually getting better so the latest is always the best. 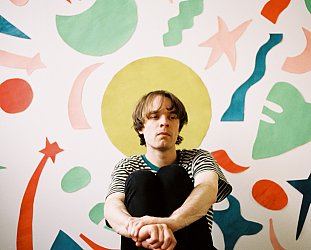 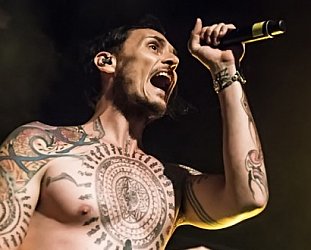