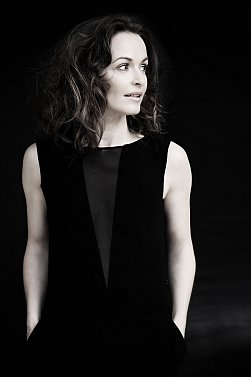 The first thing that is surprising about Irish singer-songwriter and multi-instrumentalist Sharon Corr is that she is 45. For someone who has been touring and recording for 25 years she is astonisingly well preserved.

The other thing however is that she is a very classy songwriter and her two solo albums since the family band the Corrs called it a day a decade ago (a hiatus, not a break-up is the official line) have been very well received by the critics and the public alike.

Back home in Ireland she has also been a mentor on the television show The Voice of Ireland.

In early May she opens for America in Auckland (see below) but beforehand took time out to answer our Famous Elsewhere Songwriter Questionnaire . . . and at the end gifts us a pretty terrific lyric made up on the spot.

There are two … both of them by Simon and Garfunkel. Apparently Bridge Over Troubled Water was number one on the day I was born, but Mrs Robinson had a huge affect on me. I was about four when I first heard it and I had a little tape desk and I remember pressing rewind button constantly and listening to it over and over again. Simon and Garfunkel are without doubt the soundtrack to my early childhood. Paul Simon has an amazing depth and humanity to his lyrics – they are so true and therefore we can totally identify ourselves in them because they reflect human nature in all it frailty and beauty. The music was magical - almost spiritual and soothing and Garfunkel’s voice like pure crystal waters. Their harmonies had a huge impact on me and my solo work and indeed The Corrs.

apart from Simon and Garfunkel (not sooo embarrassing), there was The Police – we all loved Stewart Copeland and Sting is eternally cool; and I had a complete crush on Paul Young.

Joni Mitchell – her ability to speak the truth; to reinvent music in her own style; to succeed and surpass as a woman in a man’s world; to write the deepest emotion; sometimes most painful emotions and float it out there for the world to hear and to let us know we are not alone. And she has never disappointed me – she’s an unbelievable and constant inspiration.

Jagger – Richards: They make you feel totally alive, their songwriting makes you feel human and they give us license to be who we are, plus they’re just so damned sexy.

kd lang – she’s a stunning singer and totally herself.

He wrote it for his daughter and it’s just beautiful and the chords are stunning. Billy Joel is such an accomplished musician and writer.

‘Upon An Ocean’ – Sharon Corr/Mitchell Froom

It takes you on a journey and transports you somewhere else – this to me is the magic of music.

And as an instrumental:

‘Andalucia’ from Riverdance by Bill Whelan

I run to this – it gives me the energy I need, otherwise I'm a disaster!

The environment dictates the song for me – how I’m feeling, what the weather is doing

Robert Plant. I love what he’s doing as a writer now and love how he doesn’t look back and he’s constantly exploring music.

Vinyl: Pete Molinari – Theosophy. He’s a good friend of mine; a great singer-songwriter, a true artist and great thinker

I’ll play the game and pretend

But all my words come back to me

In shades of mediocrity

I need someone to comfort me”

Yes. Real World on my first solo … I got out of bed and went downstairs, sat down and wrote it.

Raindrops on my second solo album The Same Sun

I've got a ticket to tomorrow

For my dreams are incomplete

Gonna pack it full of moments

You see I've a ticket to tomorrow 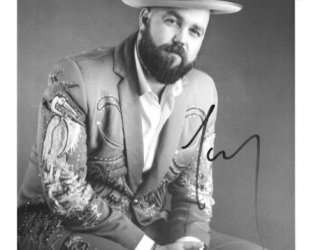 Although only his mid Thirties, fiddle player Joshua Hedley who appears at this year's Southern Fork Americana Festival at the Tuning Fork in Auckland (see details below) has got a lot of road... > Read more