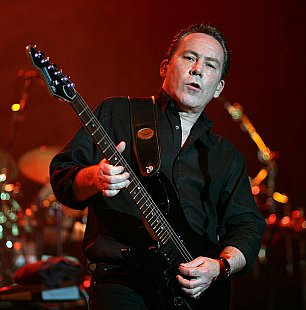 What's in a name? Wel, if you were Pink Floyd co-founder/chief songwriter and singer Roger Waters a bit of litigation after you quit the band and found the rest were carrying on using the band's name.

The name-game isn't uncommon in rock history: in the Fifties if a studio-based band of session musicians had a hit you might find a couple of groups touring under the same name to capitalise on the chart success, and at one point there were two Fleetwood Macs out there in the wrold.

Let's not even start with that age-old question: "Just who are the Drifters these days?"

So let's not bother with all this UB40 kerfuffle.

Recently we had a version of the band in New Zealand with former lead singer Ali Campbell, Astro and Mickey Virtue  . . . and now headline the Raggamuffin Festival on February 20 is the other UB40 with Ali's brother Robin, another brother Duncan now out front, and other former members of the originl band.

On the day we might guess few in the crowd would care too much because it is probably the song not the singer which is paramount.

So we thought we'd get Robin Campbell to sidestep the on-going controversy and simply answer of Famous Elsewhere Reggae Questionnaire . . .

I can’t remember a specific piece of music because we were always surrounded by music. Dad was a professional musician so we had musicians in the house all the time and we would listen to his group, The Ian Campbell Folk Group, rehearsing – there were always fiddles and banjoes and guitars in the house. One of the earliest pieces I do remember was Dad’s song ‘The Sun Is Burning’ – it became the unofficial anthem of the CND (Campaign for Nuclear Disarmament) and ended up being recorded by Simon and Garfunkel for the original pressing of their album ‘Wednesday Morning 3am’ but was left off the re-released version album which went on to sell eight million copies – for five minutes Dad was very excited. The song has since been included on a reissue of the album as a bonus track.

Bob Marley was a real catalyst for me wanting to be a professional musician and was a big influence on me musically. I saw him live in 1976 and that really started things off for UB40

A '54 Fender Stratocaster – it’s the same age as me and it’s left-handed. I bought is in a second-hand store and didn’t know it was a '54 until later. I had it stripped down and took the neck off and underneath it said ‘1954’ and had the namer block letters ‘R.CAMPBELL’ which is apparently the name of the person who made the body, but it was as if it was meant to be for me. I only paid a couple of hundred dollars for it which was quite a bit at the time, but it’s now been valued at around $25,000. I do play it at home, but I don’t use it on stage – I don’t know who owned it previously, but whoever owned it was looking after it for me. Lloyd Bradley’s Reggae: The Story of Jamaican Music. Lloyd Bradley is a British journalist who I recommended for hosting the BBC programme on the history of reggae. He’s an extremely knowledgeable guy and has recently written a new book about the early days of The Wailers which I’m looking forward to reading.

Stevie Wonder – he’s a living genuis and probably the most important musician of the 20th century and he’s influenced so many singers today. I’d love to play something we would write together.

I Heard It Through The Grapevine

I’ve got several pieces of art on the bedroom wall, some of which was used as album covers for UB40 albums. We were all art students, so are very interested in up and coming artists and came up with the idea of using artists to create our album covers.

Our latest album is always the best at the time – it’s the one we’re most enthusiastic about! 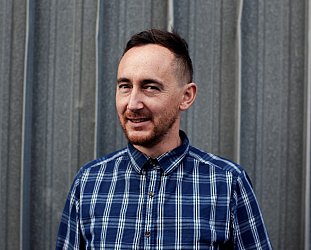