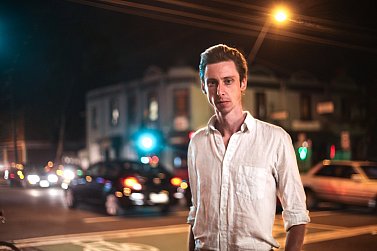 And they call him Skyscraper Stan because . . .

At a height which means ducking through doors, Stan Woodhouse stands a little bit taller than most New Zealand musicians . . . and through his rough-hewn, folk/blue and country-influenced music stands apart too.

When he was 20 he went off to Melbourne to ostensibly study zoology but also honed his songwriting and started playing shows.

Something of a traveling troubadour, he took to road (sometimes solo and sometimes with his band the Commission Flats) and most recently has been seen around with his show Bowie; Waiting in the Sky.

He is part of the upcoming Southern Fork Americana Fest in Auckland (see below) but is also out on his own New Zealand tour from early October (see blow also).

His most recent album is Last Year's Tune (which has songs entitled Woody Guthrie, Elvi, Bruce and William Henry Hayes but twists on the titular characters) but Skyscraper Stan – who has his roots in the past – is very much today's man.

Time then for him to answer our Famous Elsewhere Songwriter Questionnaire . . .

When I was young we had a white upright piano in the hallway. One of my earliest musical memories is standing behind my mother while she played American Tune by Paul Simon. She had a beautiful voice and the melody was so overblown and dramatic, I loved it. I still love it, it's a very nostalgic piece of music for me now.

I loved Robbie Williams. Just bloody loved him. Sing When You’re Winning was a classic and then Swing When Your Winning? Sheer class. Johnny Cash and Sam Cooke were also pretty important to my young self.

Probably Nick Cave, I think. He’s disappointed me more than he’s left me satisfied but that's ok because I respect him. Most of the time. This is a very difficult question.

Lennon-McCartney, KD Lang, Michael Jackson and Kris Kristofferson (only for the writing, Cash was the man)

This changes all the time depending on what I’m listening to. At the moment I would say:

Ask me again next week and this will all have changed. Probably.

Different every time. I haven’t figured a formula out, and I don’t know that I want to. Often it’ll be a single line and then the song will crystallise around that. Or an idea will beget far too many verses that are then edited down into something digestible.

I haven't read many books about music or musicians to be honest, I sit in the fiction camp pretty solidly. The occasional non-fiction I pick up is usually a history or something in the natural sciences. However, I’m always recommending Just Kids to people. It's not about music so much but Patti Smith is a musician and the book is just wonderful.

Keeping it contemporary, maybe Dan Auerbach of the Black Keys. He’s a prolific dude with an amazing ear for melody and riffage but his words are woeful. Maybe there’s room for me to muscle in and collect some of his royalties. I’m in this for the money.

I was playing a festival on the Murray River and saw a local Victorian singer, Emma Donovan for the first time. She and her band blew me away so I went and bought a 7” of her covering an Archie Roach song (another indigenous Australian songwriter ). I fanboyed her a little too intensely and made a fool of myself in the signing line. I have no stereo of any kind so I still haven’t listened to the record.

There are so many! As a challenge I’ll limit myself to one line;

“Pretend that you owe me nothing” – All the World is Green, Tom Waits. 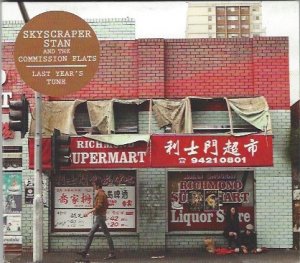 These days I find its about a 50/50 split. I go through phases though, like everyone does. Sometimes it's all inspiration and the songs come easy. Other times everything you put down makes you want to climb into the garbage.

On occasion. Usually they’re quite simple, novelty songs. I’m not musically gifted in any way so if a song drops into my lap it's going to be three chords and a punchline. That being said, I have had a couple of decent songs arrive unannounced and intact.

“Dressed up in a Stetson and a stolen cotton sheet” 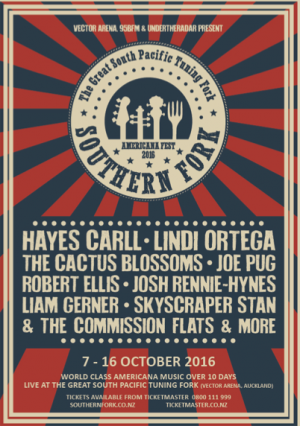