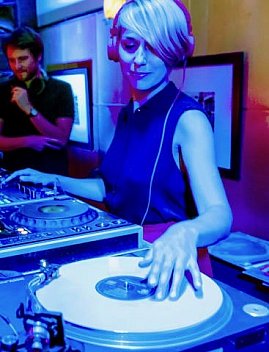 Kornelia Binicewicz came to our attention as the smart curator behind the excellent Uzelli Psychedelic Anadolu collection which brought together out-there Turkish rock and folk from a decade starting in the mid Seventies.

It was music the like of which we hadn't heard before.

When we did a web search her equally excellent website Ladies on Record; 60s and 70s Female Music came up. It covers women artists in what we from this distance might call “world music” (Hungary, Turkey, Israel etc).

Binicewicz is a DJ in her native Poland, a writer, curates film festivals, was the programme manager of the Jewish Culture Festival in Krakow, and looks deeply at the connection between music and cultures.

We recommend the Uzelli album and her fascinating website. And check out the free listening on her soundcloud page.

And here let her answer one of our questionnaires . . .

I was 10 years old and used to listen Top 10 on Polish Radio every Sunday evening. The list always finished with the song.

MC Hammer. I adored him. I established school dance group that was performing MC Hammer’s song and dancing like him. My mom brought me and my friends golden and silver ali baba trousers from Turkey to make us look more … gangsta and we were making a show!

My work is inbetween music and anthropology. From the basics, I am anthropologist and this is who I would be if I was in involved in music. I would choose another way of expressing and exploring beauty, culture and history. 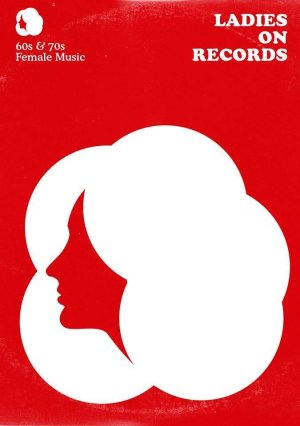 Glenn Gould, czyli sztuka fugi by Stefan Rieger – a monography of Glen Gould, the most exraordinary pianist of the 20th century.

Too many covers are perfect. That is why I have a shelf with super beautiful covers over my bed.

A piece of grass 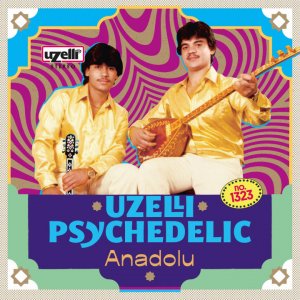 I would dig in women singers records in countries like Lebanon, Brazil, Georgia, Azerbeijan, meet artists, write texts and release the albums and create compilations again as my own label Ladies on Records.

This doesn’t work too direct with me, but… As not an artist itself but a curator I claim that this [Uzelli compilation] is the best album as comes from the deep and profound selection of the best music I was digging in now.