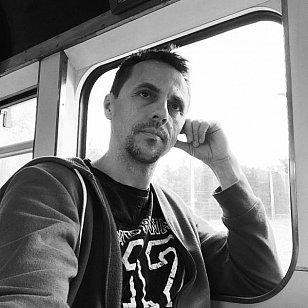 Mark Kenington -- who has just released his debut album Going Nowhere (Faster Than You) -- is an Auckland-based singer-songwriter who was born in Colchester, England.

By his own admission he grew up listening to Adam and the Ants and ELO.

Moving to New Zealand in 2004, he began to study piano and guitar and an encounter with Mike Chunn had the former Split Enz/Citizen Band man getting Kenington alongside producer Andrew Buckton.

The idea was to make an EP but that grew into an album and Kenington has been picked up by Songbroker to help promote his original material.

Time then for Mark Kenington to see what he makes of a Famous Elsewhere Questionnaire . . .

The Wall Pink Floyd was something that really resonated with me emotionally at the time. Listened to it over and over and over.

Adam Ant as a kid was the first real pop star with a whole act. Later as a teen I listened to a lot of Bowie and was captivated by his slightly otherworldly self.

Ha ha, I’m trying to run away from another career! Something creative, like voice work or acting.

So hard but…Pink Floyd's Comfortably Numb because of the themes in the song and Dave Gilmour’s amazing guitar solos. Queens of The Stoneage's The Vampyre of Time and Memory for a song that carries a message I hear and I love that the song is sparse & slightly quirky. Plus my song Blue Sky because it’s a heartfelt message about what’s real and not real in our lives.

No, not really a collector of stuff!

Antony Kiedis Scar Tissue for the wild ride he portrays, which is sometimes about the music!

Still living would be Bjork because I’m in awe of her authenticity. Resurrected would be Bowie because for me as a pop/rock star he had it all.

Fantastic Mr Fox cos it encompasses my sense of quirkiness and humour. Matrix because it’s a crazy kick ass movie with a story that speaks so well to the darker side of where humanity could be heading, which resonates with how I feel in life! It Might Get Loud as a music doco because at heart I’m a dreamy music fan and a sucker for guitar heroes!

Last CD Pearl Jam PJ20 – actually slightly by mistake because I wanted a PJ album but didn’t have my glasses with me! Anyway turned out to be great buy. Last download was Foals’ What Went Down. I only buy albums still.

Queen's Bohemian Rhapsody it’s a class song, so ambitious but it works.

Pink Floyd Dark Side of the Moon, which is so simple but so alluring. 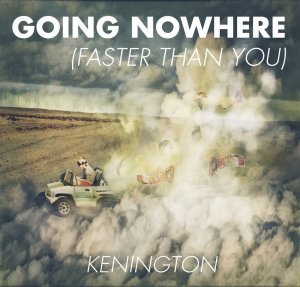 A half square half round yin-yang style symbol I designed but have never got done (brave I’m not here).

With my wife and kids here, there and everywhere, experiencing life every day trying to be as authentic as possible, writing lots and lots of songs and doing gigs in unusual places!

Cos it’s my only album…but not ever! 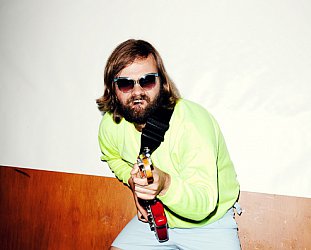