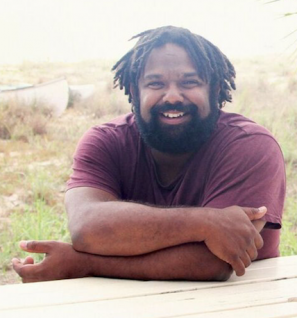 Australian duo Busby Marou – Tom Busby and Jeremy Marou – are the breezy sound of summer. So much so that they hosted their own One Hot Night festival in Queensland.

They've been to New Zealand before (supporting James Blunt) but for their brief return – see dates below – they team up with our own golden summer girl Jamie McDell. They might also be familiar to those who have the Finn brothers tribute album He Will Have His Way for which they covered Better Be Home Soon and were at the time the only unsigned act on the collection.

They come now on the back of an enormously successful year in Australia.

Their third album Postcards from the Shell House released a year ago went to number one across the Tasman and their song Days of Gold has been selected as the theme for the 2018 Commonwealth Games.

Their thoughtful acoustic music has hit the spot for a lot of people so we thought it timely to invite Jeremy Marou – who is of Torrres Strait Islander heritage – to answer one of our questionnaires . . . Your first (possibly embarrassing) role models in music were . . .
My father... he was a great role model.

If music was denied you, your other career choice would be . . .
A fisherman

The three songs (yours, or by others) you would love everyone to hear are . . .
Old Man's Gone - Brad Butcher
I Could Die Looking At You - Jordie Lane
Baby I'm A Car Crash - Starry Field

Any interesting, valuable or just plain strange musical memorabilia at home...
Nope. I have four young children anything valuable on the walls is out of the question.

If you could get on stage with anyone it would be?
John Mayer

The three films you'd insist anybody watch because they might understand you better are . . .
Fraction
Braveheart
Troy

The last CD or vinyl album you bought was  . . . (And your most recent downloads include...)
A Tale of Two Frogs - children's short stories (for my kids). But before that an EP called Deciduous* by a fantastic Melbourne artist called Andie

One song, royalties for life, never have to work again. The song by anyone, yourself included, which wouldn't embarrass you in that case would be . . .
Don McLean, American Pie The poster, album cover or piece of art could you live with on your bedroom forever would be . . .
Anything without humans on it.

And finally, in the nature of press conferences in Japan, “Can you tell me please why this is your best album ever?”
Because I believe our best work - We have both matured overall as musicians. Toms song writing and his work with co-writers on the tracks are at there very best. 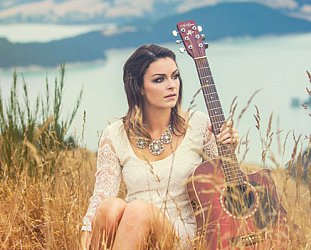 A few weeks ago Elsewhere scooped up the impressive debut album The Day is Young by the Christchurch-based singer-songwriter Shayna King as part of a package of releases. They had all been part of... > Read more