When the organisers of this year's annual Vodafone New Zealand Music Awards were considering the landscape of local music they wanted the awards to acknowledge the past, the present and the future.

The past is taken care of with the winner of the Legacy Award , the present is acknowledged on the night and the future is . . .

So this year music teachers are being acknowledged in an inaugural award.

Nominations were called for (hundreds came in) and a shortlist of three finalists emerged.

One of them is Elizabeth Sneyd who founded the Virtuoso Strings Charitable Trust in 2013 and has provided free music programmes to over 200 young people in the East Porirua community. She believes music education can transform lives and provides a tight-knit group for students to support each other.

All Virtuoso Strings music programmes are free for participation, which removes barriers and provides meaningful opportunities for both experienced and beginner students.

Twice a year Elizabeth organises orchestra trips around New Zealand for students as part of the extensive programme developed to give Porirua youth the chance to perform for crowds across the country. This is in addition to the hundreds of concerts she organises locally and in Wellington.

Time for her to answer a specially designed Famous Elsewhere Teachers' Questionnaire.

My mum singing the lullaby ‘Over in the Meadow’ to me over and over again when I was little.

My older brother James, was so Cool and could move his violin bow way faster than me. He also made the family listen to this way-out stuff called Blues and Jazz.

Violinist, Sydney Manowitz from Dunedin was the most kind and gentle teacher who had a deep love of music.

I wanted to be a farmer or a vet when I was younger. Then I got interested in the sciences, and spent years teaching maths and programming computers until I got bored by it. If I couldn’t play or teach music I have no clue what I’d do now……………..

I have a gramophone and a collection of very old gramophone records I just can’t bring myself to throw out. There is ‘Little Toot’, ‘I caught Mummy kissing Santa Claus’ and many other equally painful works of art. Definitely with another Sistema-inspired youth orchestra under Dudamel’s baton.

The Intouchables, Les Choristes, and Hunt for the Wilderpeople.

I don’t buy many CDs now, but I did buy the last Sol3Mio album, and after I heard Louis Baker sing to my students recently I downloaded lots of his songs!

One piece of music, royalties for life, never have to work again. That piece, by anyone, yourself included, which wouldn't embarrass you would be . . .

My son’s new composition for piano, “Fantasia in Red” and the piece he has promised to write for the Porirua Virtuoso Strings Youth Orchestra.

I’d have my daughter’s artwork all over my bedroom if I could.

a fern of course.

I’d walk in the bush every day with my husband Craig; I’d go on a some massive biking trip; I’d watch my boys play football; I’d play boardgames after dinner; and last (but not least!) I’d play music with my friends.

On my deathbed I don’t expect to be counting my money, I think I’ll be reflecting on the relationships that I’ve formed in life. Teaching music gives you this truly remarkable opportunity to form amazing bonds with others. This is the addictive part. 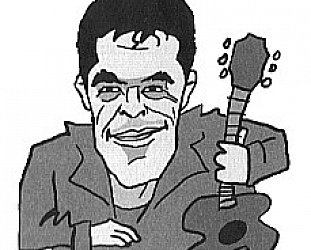 For a while there, over a decade ago, the New Zealand country singer Glen Moffatt seemed to be everywhere, and at the close of the Nineties and into the new decade he released three excellent... > Read more