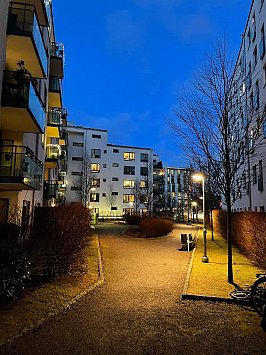 As someone who grew up in a house where there was an open atlas on the lounge coffee table and a framed world map of PanAm routes in “the back kitchen”, travel was always part of life’s agenda.

The “Fasten Seatbelt” sign announced a new adventure, and these past few years I'd missed seeing it.

So here we are in Stockholm where two of my sons live.

Travel has rarely been easy: travellers' cheques; the confusing pleasure of different currencies in countries which my parents called “The Continent” and blue aerogramme letters home.

The other day my wife Megan tranferred money on the iPad before we boarded a flight and family members are faces on the phone. Easy.

Of course 9/11 changed airports and now the morphing Covid required numerous tests before and on arrival at various destinations. My sister who went from Singapore to Melbourne then the Gold Coast recently said, “there are no old people travelling, Graham”.

Not entirely true, on our first leg to Singapore there was me and another Gold Card holder. 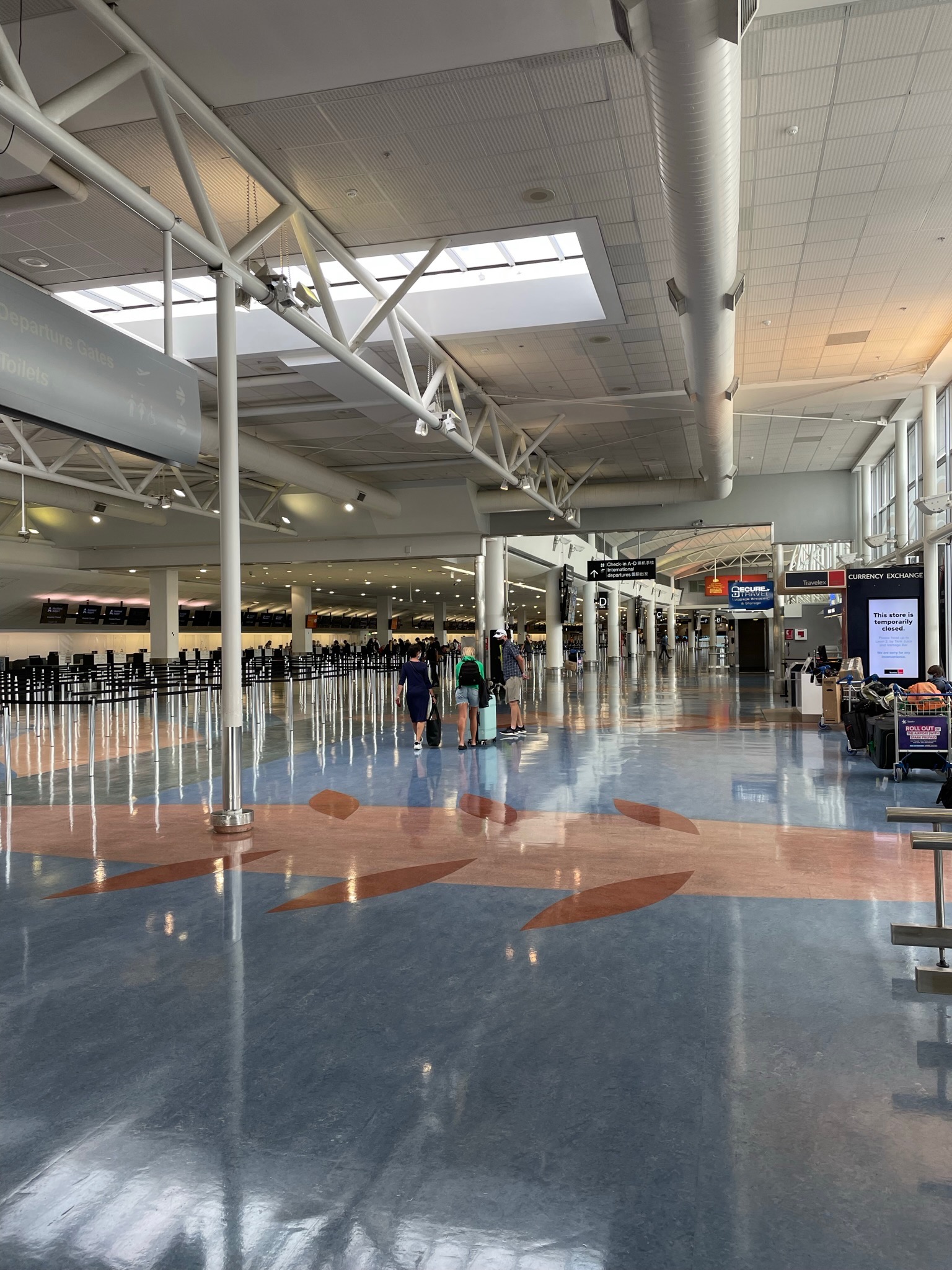 There was also a guy in singlet and jacket, black work shorts and – I am not making this up -- gumboots.

Aircraft have become like buses, except with food delivered and a screen on the back of the seat in front.

It’s easy just to default to the latest movies or familiar entertainments, but the real pleasure of travel is in seeing the planet from 12,000km up: the red vastness of endless Australia, the unexpected blue of the Caspian Sea after hours of pale desert, the geometry of farmlands in America’s Midwest, the dense jungles of South East Asia and South America . . .

Against mesmerising cloudscapes or random lights of homes and villages in an unknown black landscape at night – like looking down on stars and mysterious galaxies – the new James Bond holds no attraction.

And so we flew, hour upon hour.

These days I suspect few have a fear of flying, but there’s much anxiety about arriving.

For two years we’ve been assailed by a horrifying rollcall of deaths and illness, often in countries we’re familiar with, and many because some politicians, civic and religious leaders, media personalities and influencers denied the evidence of their eyes and the efficacy of science.

Travel to these places meant we no longer thought of historic sights, different cuisine or seductive images in colourful brochures. We thought of appalling statistics.

Yet we have left for three months and things are changing.

Two days before we flew out Sweden, like Britain where we are also going, dropped most of its Covid restrictions.

In Stockholm someone wearing a mask is unusual, the bars, restaurants and shops are busy and life looks normal.

Of course it’s not. Covid is still here but with around 97 percent of the eligible population having been double vaxed, infection and mortality numbers have plummeted in the past month. So this isn’t a post-Covid world but post-peak Covid, a point New Zealand hasn’t come close to yet. We can talk about Sweden’s herd immunity experiment – and the 16,000-plus deaths in a population twice that of New Zealand – on another day.

But here we are, unmasked and using readily-available Rapid Antigen Tests occasionally.

For the first few days we checked news from home but it seems increasingly distant. Because of the Ukraine brinkmanship, Sweden has deployed more troops to the island of Gotland where we’re thinking of going.

At home as I write, Auckland is still enjoying a humid summer while I look out on a cloudless day and the temperature is in low single digits.

The sun disappeared at about 4.30 yesterday and snow is predicted.

To my shame I’ve only just discovered your travel writing. Great stuff, thanks, and your reasons for seizing the opportunity to travel are spot on.