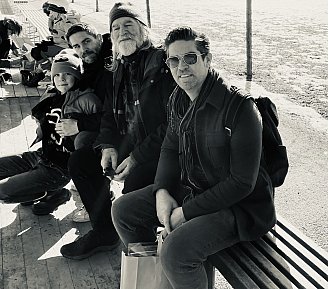 They seemed very familiar here in Sweden because Europeans have long been apartment dwellers, so it’s been chilling to see images of what could be the neighbours’ building hollowed out by an explosion.

And you are reminded that in Europe, every country is a near neighbour.

Kyiv in Ukraine is just 1260 km away by air from Stockholm, not that much further than Whangarei to Queenstown.

So when Russia rattled its sabre at Sweden and Finland  threatening “serious military and political consequences” if they intended to join NATO, it was taken seriously. At least in political circles.

Out on Stockholm’s streets you would think otherwise. Life goes on, and in wayscurrently unimaginable in distant New Zealand.

According to current data, the seven-day average of Covid cases here is 2612, a massive drop since a peak of almost 40,000 a month ago. In this post-peak city, life is so normal that you’d be forgiven for wondering if Covid happened at all.

But it did – the broader Stockholm county has lost more than 5000 citizens – however right now people are out and about unmasked on crowded trains, buses, commuter boats, railway platforms and trams, and in shopping centres.

The main thoroughfare of Drottninggatan is as vibrant as I remember it five years ago.

On Saturday night we couldn’t get a booking in the local bar/restaurant unless we waited a couple of hours.

While the war in Ukraine dominates headlines and thinking,  it hasn’t stopped Sportlov – a weeklong holiday in which parents and children head off for time on the slopes, in the country or even an escape abroad to warmer places.

The ski slope near our apartment has been busier than usual this week and today we took my eight-year old grandson to Skansen, the huge park on central Djurgardan island where there is an open-air zoo, a new aquarium, replicas of Swedish traditional life and other attractions.

We expected it to be a little more crowded, but it’s still the tail-end of winter and many have left the city for Sportlov. Yet we still had to queue for waffles, korv (hot dogs) and glogg (warm spiced wine).

It feels strange after such a normal day to turn on television for the news andhaving to flick past the usual games shows, talking heads (some with alarming “work done” my wife notes) and other programmes which seem irrelevant as the Russian tanks roll and resistance fighters take up arms in their streets.

Sweden has announced additional humanitarian support for Ukraine and has long been a major donor of aid to that beleaguered country.

There is however the uncomfortable Swedish conundrum: this orderly, sophisticated and civilised society earns a significant percentage of its income from armaments and weapons technology: Pakistan, UAE, USA and Brazil being the most valued clients.

Last week in the historic university city of Uppsala about 40 minutes north of Stockholm there was an art exhibition in the old palace, one of which was an independent documentary in which ordinary Swedish citizens on the street (filmed from behind to preserve anonymity) were asked what they thought about the country’s arms trade.

Some objected strongly (notably a refugee who said Swedish arms had displaced his family from their homeland) but others were ambiguous or ambivalent.

And one older gentleman said the technology had been developed and wasn’t illegal so . . . 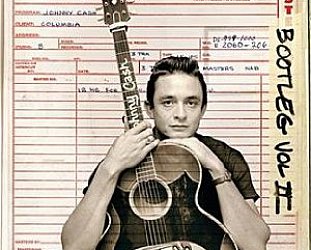