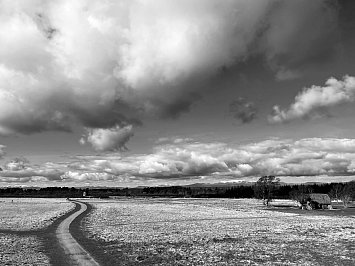 There are few places quite as dispiriting as the broad moor outside Inverness which takes its name from the nearby Scottish village: Culloden.

Here in 1746 the short-lived Jacobite rebellion came to a bloody end when the weary followers of 24-year old Bonnie Prince Charlie faced the government troops lead by the Duke of Cumberland, who’d celebrated his 25thbirthday the night before.

This was no simple confrontation between the Scots and the English because Cumberland’s massed army contained numerous Scots and the Jacobites were there for diverse reasons; an implosion of religion, patriotism, money and opportunism as much as loyalty to the Stuart cause.

As the Jacobites learned, running directly at your enemy’s guns is not a tactic, it’s suicidal. It is estimated 700 were killed in the first five minutes and within the hour the battle was over with Jacobites fleeing, the prince going into hiding and his long, ignominious denouement as a lonely, overweight alcoholic in Rome, his birthplace.

Culloden is steeped in death, but as anyone who has travelled through Europe will attest, everywhere are battle fields, cemeteries, churches and memorials to the fallen or “the glorious dead” which date back centuries.

Late in life the Union general Robert Sherman – who cut a murderous and incendiary swathe through Georgia and the Carolinas famously said, “I am sick and tired of war. Its glory is all moonshine. It’s only those who have neither fired a shot, nor heard the shrieks and groans of the wounded, who cry aloud for blood, for vengeance, for desolation. War is hell”.

As the horrors of Ukraine continue there seems to be battle fatigue among many journalists and editors. The war is dropping down the agenda in favour of Covid again, crime, Hollywood stars, minor celebrities, sporting controversies, the weather . . .

However, in Britain the serious press continues to research and report, bringing details of sanctions (some sidestepped by those they are intended to hurt) so that even the story of a disgraced Conservative MP (loan scandal, cocaine, sexual harassment accusations) doesn’t get the banner headlines something similar might have in New Zealand.

A recent BBC programme brought journalists together to discuss whether readers and viewers are becoming inured to the suffering and savagery. But the consensus was clear: this is history happening and the journalists’ job was to keep presenting what Ukrainian president Zelensky has described as “genocide”.

It’s about perspective and a sense of professional duty.

Although British prime minister Johnson’s position has been described as “no longer tenable” by Scotland’s Tory leader Douglas Ross in the wake of the Downing Street parties -- among other things -- he clings on; although the question has been raised, should the Tories ditch him as tainted goods? The argument against is that change would be disastrous at this important time, the counterargument has sometimes come down to two words: Neville Chamberlain.

Had not Chamberlain resigned in early 1940 then Churchill wouldn’t have appeared at that crucial time to galvanise a nation. Leaders – even Russian autocrats -- can be replaced.

These are the kinds of discussions played out – often with wry humour but also an astute sense of history – in the British media.

We are bonded to the present but could consider, with Culloden as a touchstone, what history will make of Putin’s invasion of Ukraine in time to come.

Whatever the outcome it will be considered a dispiriting disaster with numberless, and sometimes, nameless victims.

And Putin, his name reviled, will be consigned to that particular hell occupied by other failed figureheads.

Such is the fate of arrogant princes and autocrats.

And of course there is the irrevocable reality of climate change, ignored more than explored, but irrespective of column inches is not going away. You and I will be long dead by the time it is killing people in the way that wars do, but do we address it? I'll see you in Europe to discuss!