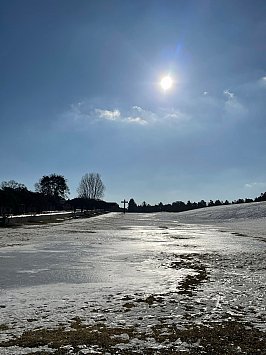 The famously reclusive goddess of the silver screen Greta Garbo finally got what she wanted.

She is, as she wished, alone.

But the melancholic Swedish solitary is surrounded by more than 100,000 others in eternal death at the vast, exceptionally beautiful and restful Skogskyrkogården (Woodland Cemetery) in suburban Stockholm. 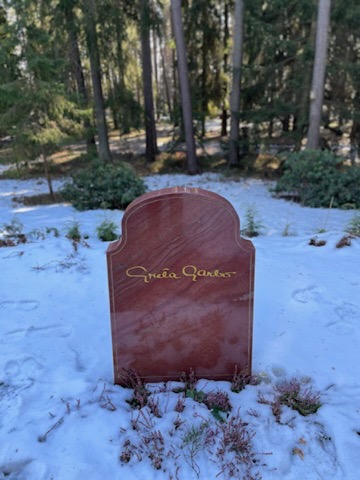 The cemetery – where Garbo's gravestone stands apart under towering trees at the end of a path well-trodden by the respectful and curious – is a World Heritage site about 15 minutes by train south of Stockholm's T-Centralen station.

It is so expansive that for the final part of the journey you seem to be travelling alongside its long wall, just glimpsing the manicured forests and spacious lawns in which it sits.

Because of its beauty – warm and welcoming in summer with lush grass, crisp and silent save for the crunch of footsteps on snow in winter – Skogskyrkogården attracts thousands of visitors every year, even though it remains a functioning cemetery hosting more than 2000 funerals annually in its five separate chapels.

Yet it is respectfully hushed.

There's a visitor's centre with guided tours in many languages and students of architecture and urban design make regular pilgrimages to this place designed by the acclaimed Sigurd Lewerentz and Erik Gunnar Asplund. 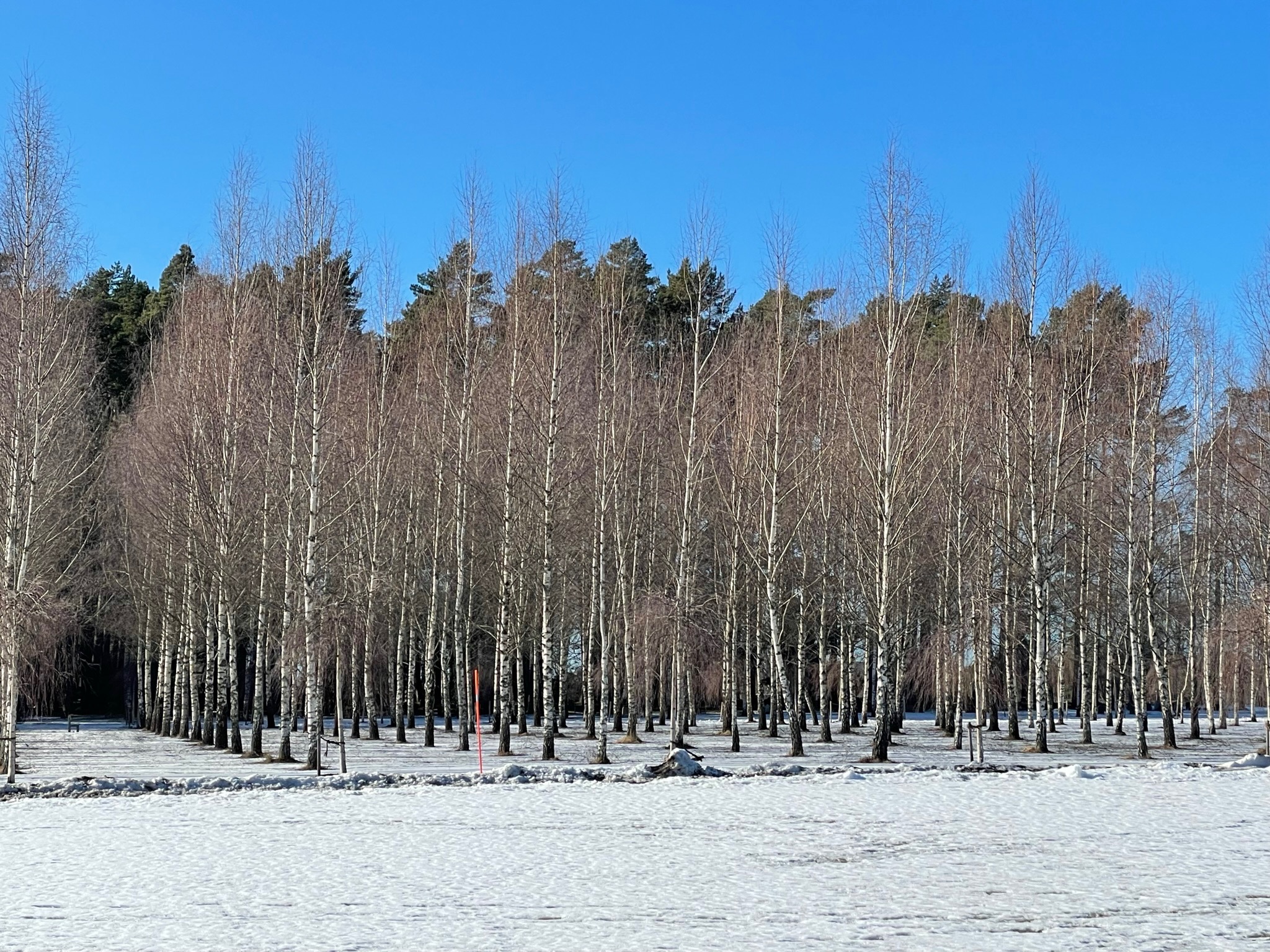 On Sweden's All Saints Day, between October 31 and November 6, the cemetery comes to life with candles lit in remembrance of relatives passed.

But otherwise, on any given day, the place created by Lewerentz and Asplund lies under a cover of sky, trees and silence.

Lewerentz – a genius but somewhat of a grumpy perfectionist responsible for numerous chapels and cemeteries in Sweden -- was one of his country's most busy industrial designers and for the final five years of his long life worked in a small studio space in the southern city of Lund in what he called The Black Box. 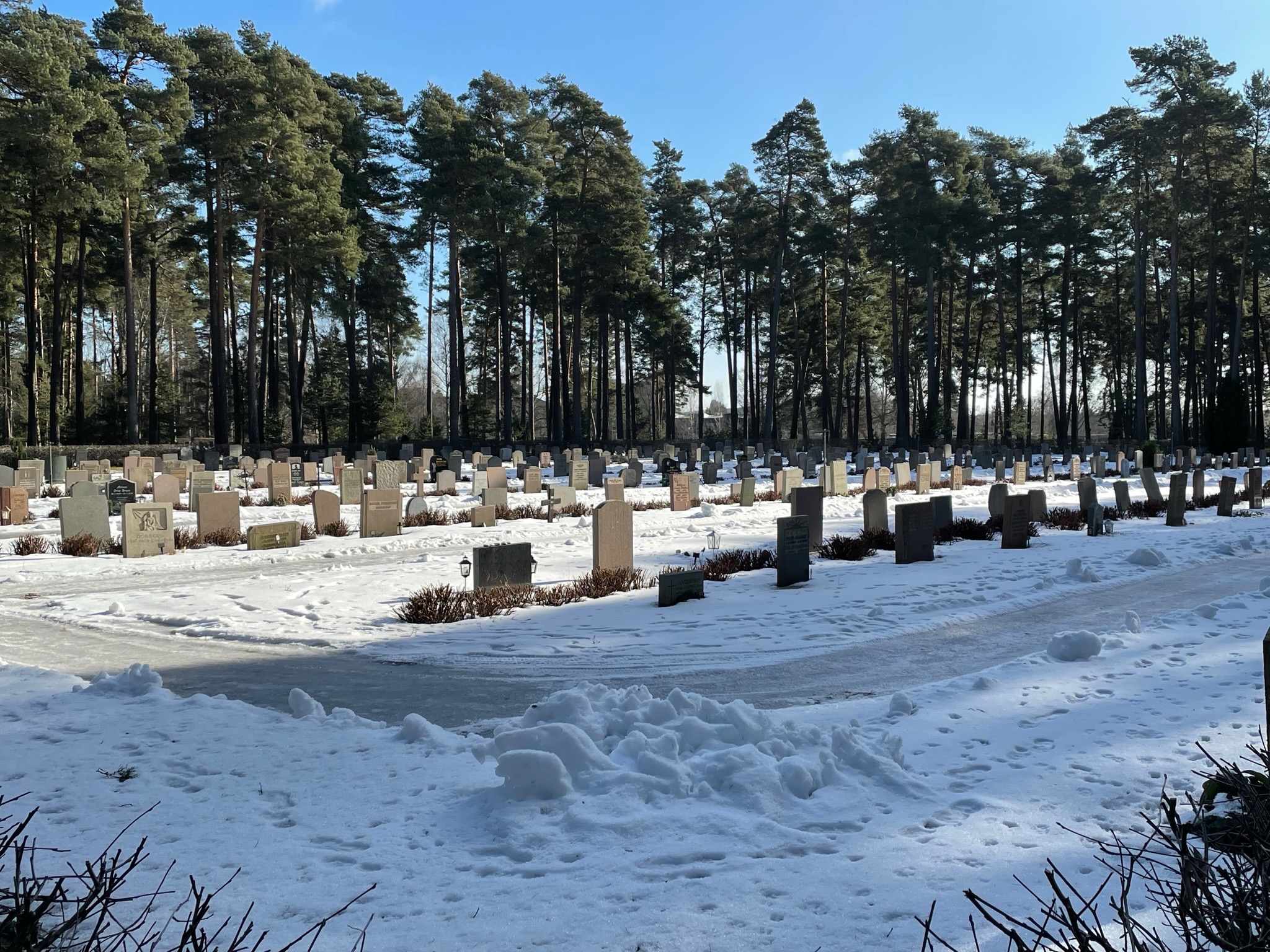 He was a meticulous archivist of his own work and a collector of reference materials from his many overseas journeys to Rome, Paris, Vienna London, Venice and beyond.

A major retrospective of his work and life in Stockholm's ArkDes (design museum) of his lengthy career -- he died in 1975 age 90 – hailed him as the “Architect of Death and Life” and displayed his intricate architectural drawings, posters, crucifixes and plans for public spaces.

What he and Asplund (who designed the extraordinary circular Stockholm Public Library and is buried at Skogskyrkogården) brought to this place is a sense of reverie.

There's a reflective order in this space: the expansive areas of plots sheltering beneath canopies of trees; the modern and simple designs of chapels unostentatious and not drawing attention to themselves; but also where Skogskyrkogården allows considered drama, as when a huge dark cross stands as a solitary sentinel at the top of a distant rise. 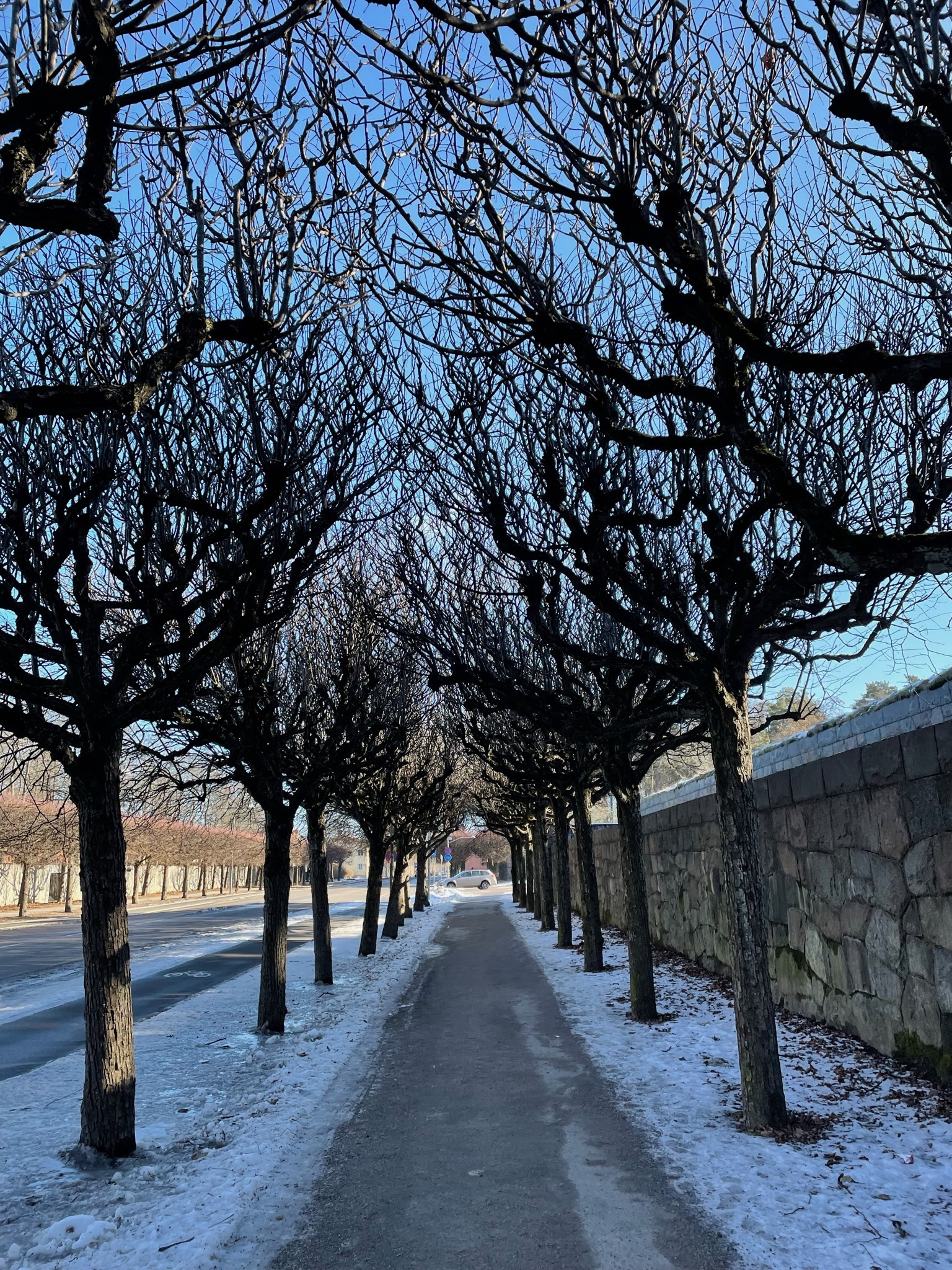 Such sculpture as there is near the chapels is equally part of the grand design: figures reaching for the sky, or the great mysterious beyond.

Skogskyrkogården is a rare breathing space in life and, when travelling, cemeteries like this are the perfect excuse for time out, that necessary pause to walk slowly and reflect, away from the haste, those must-see sights or even family commitments.

Such hushed spaces – amidst the blather of our crowded lives, the self-imposed requirement to tick off important places or shoulder our way through crowded street – are a respite.

Cemetery parks like beautiful Skogskyrkogården in Stockholm are a chance to slow down.

It's where you can go when you -- like the gorgeous, elusive Swedish film goddess Greta Garbo -- “want to be alone”.

In a still glade as silent as the moon, she's waiting to welcome you. 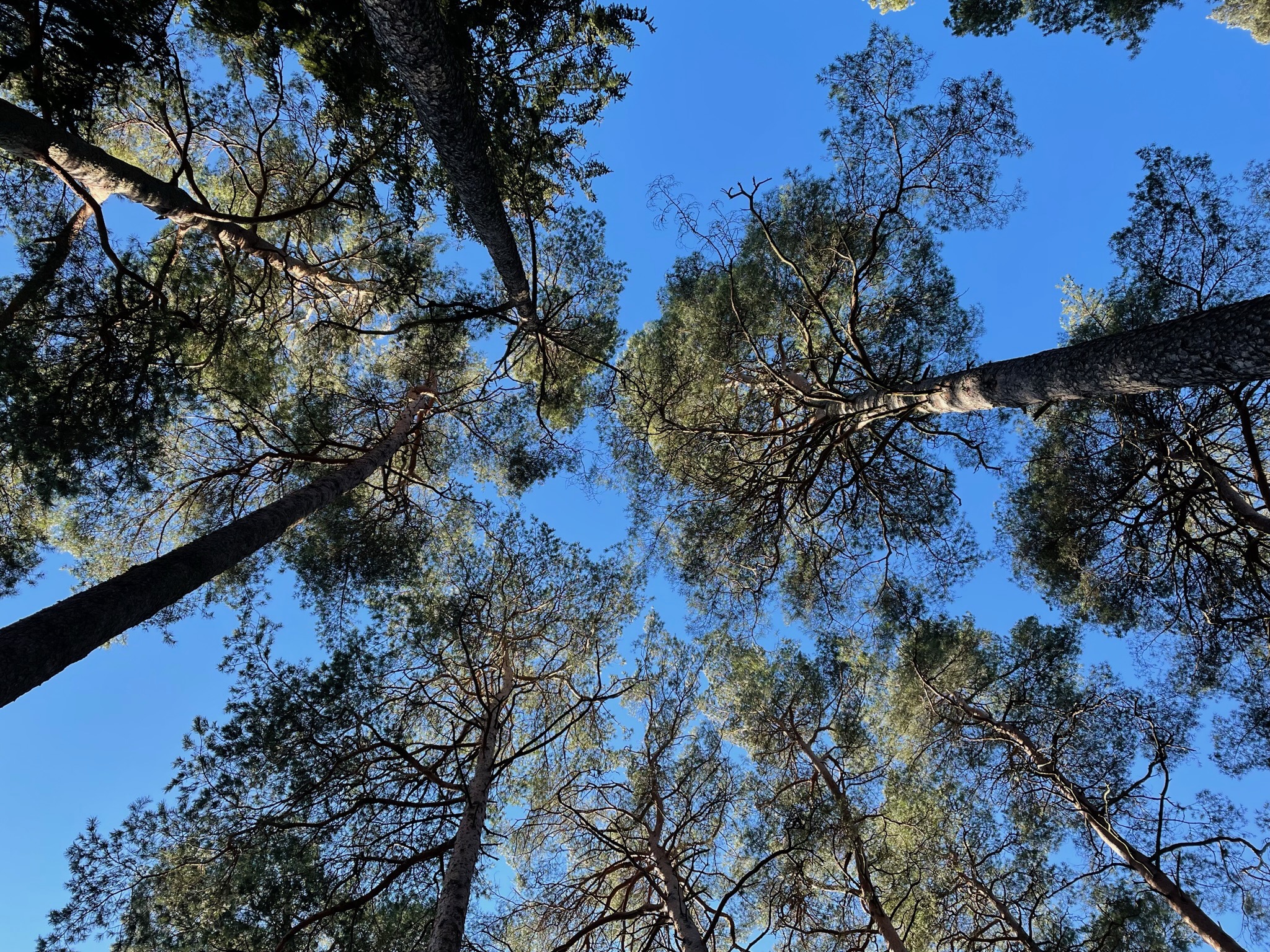 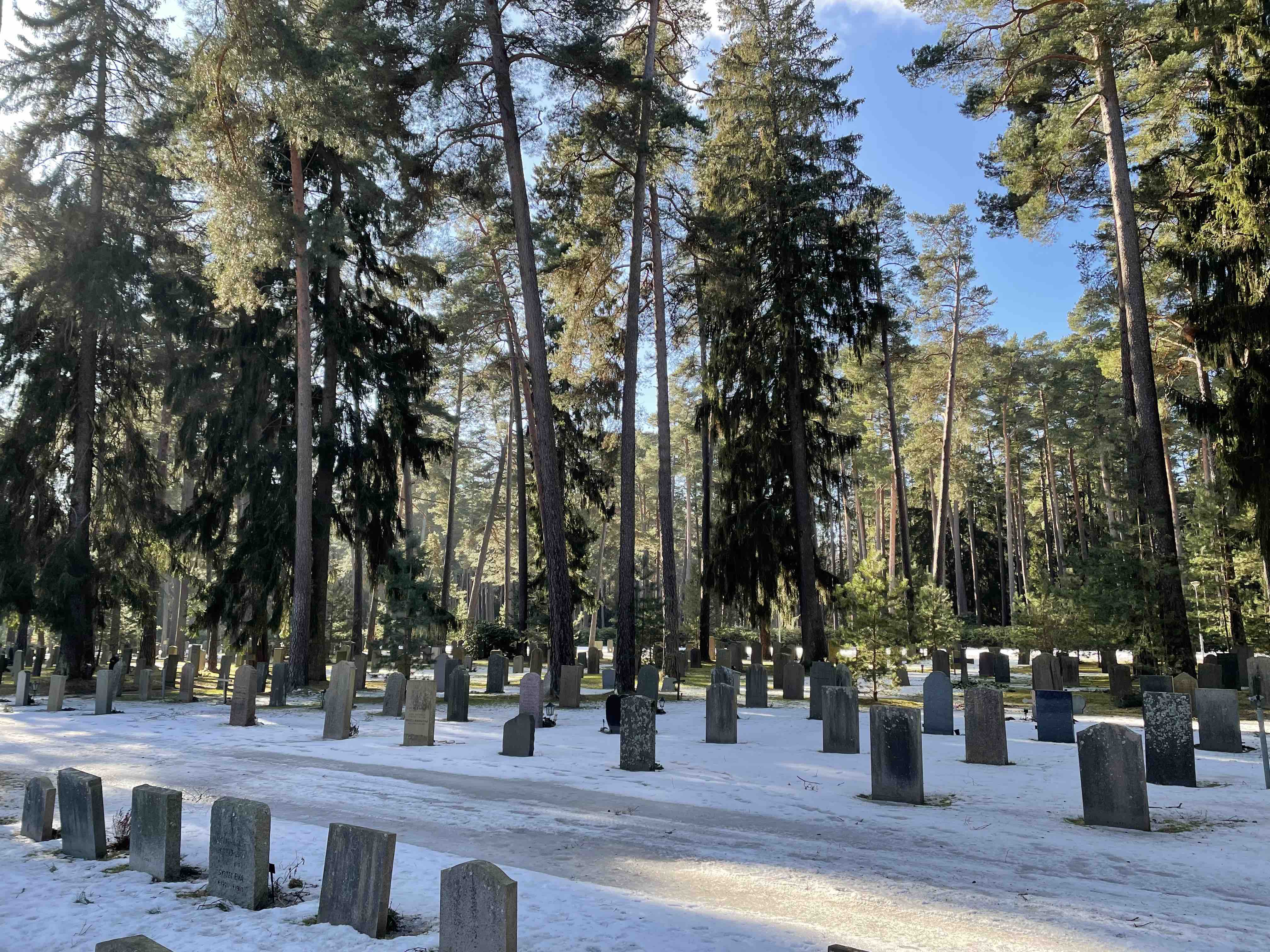