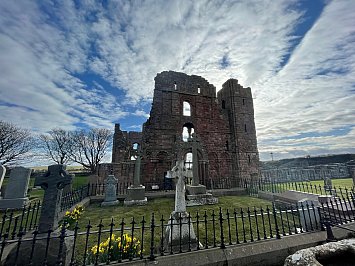 The writer and co-founder of the Bloomsbury Group, Giles Lytton Strachey was undoubtedly a clever fellow but also an ungracious house guest. He didn't hold back his opinion of the imposing Lindisfarne Castle atop a rock in coastal Northumbria.

Lindisfarne Castle was the retreat of Edward Hudson – who founded Country Life magazine – and after one look at the old ruined fort on top of Beblowe Crag and bought it in 1902. He engaged the architect Sir Edward Lutyens to create a home within the thick walls which were necessary to keep the howling winds and sea spray out.

But Lytton Strachey didn't rate it: “The building itself is all timid Lutyens, very dark, with nowhere to sit and nothing but stone under, over and round you which produces a distressing effect . . . No, not a comfortable place by any means”. 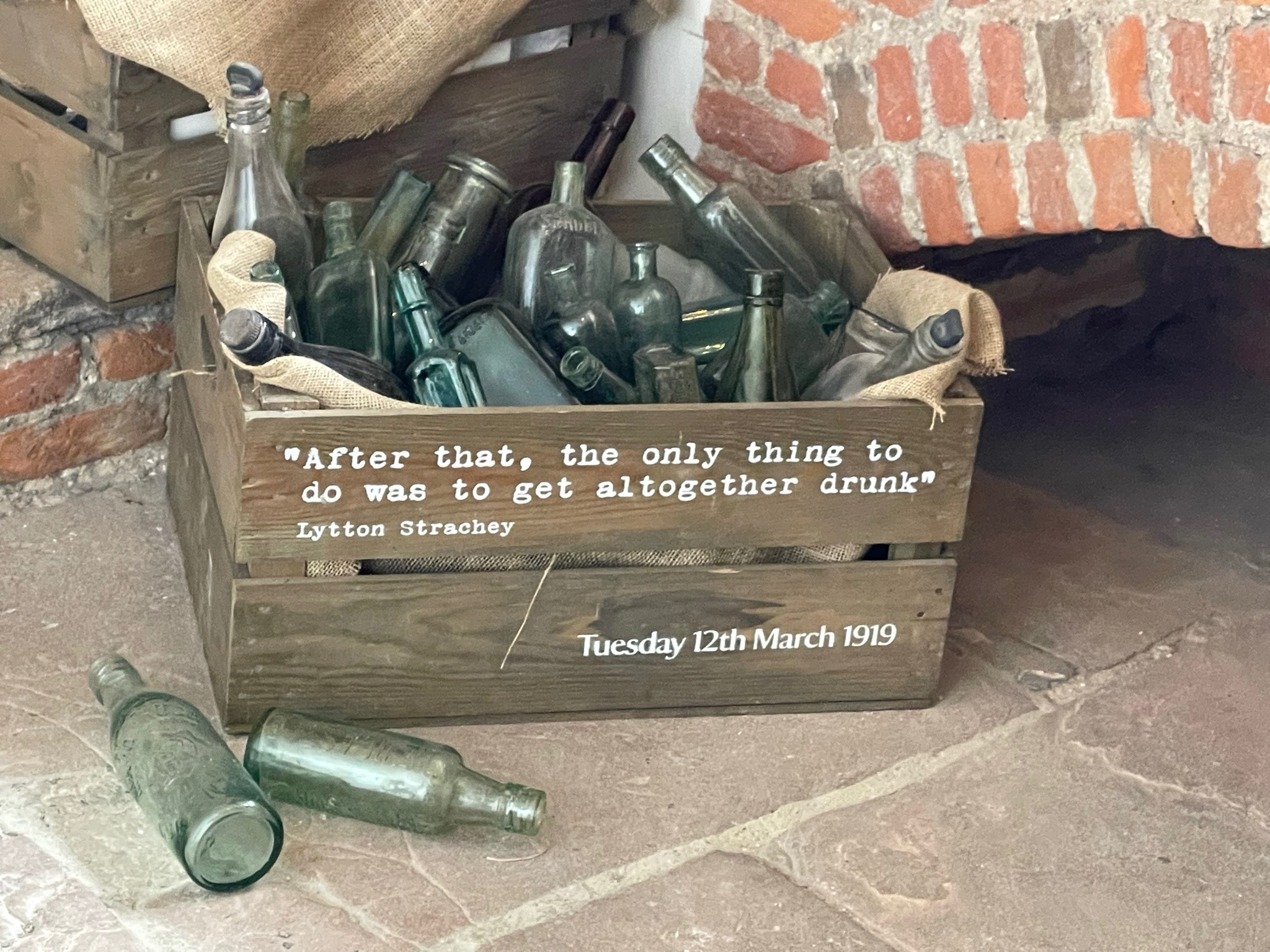 And to be fair to the acidic Lytton Strachey, Lindisfarne Castle is a challenge: it is high, windblown, often dark and cold inside even when the sun shines and is much smaller inside than expected.

But it does command the landscape and the cry of sea birds is a constant song on the wind. It's a remarkable place with views of the sea, sky and the flat land around it, so flat in fact that Lindisfarne Castle on Holy Island is cut off from the mainland for many hours every day when the tide comes in.

You need to judge your visit carefully because a day trip to the castle, the nearby ruined Priory and beautiful, modest St Mary's Church can turn into an overnight stay. 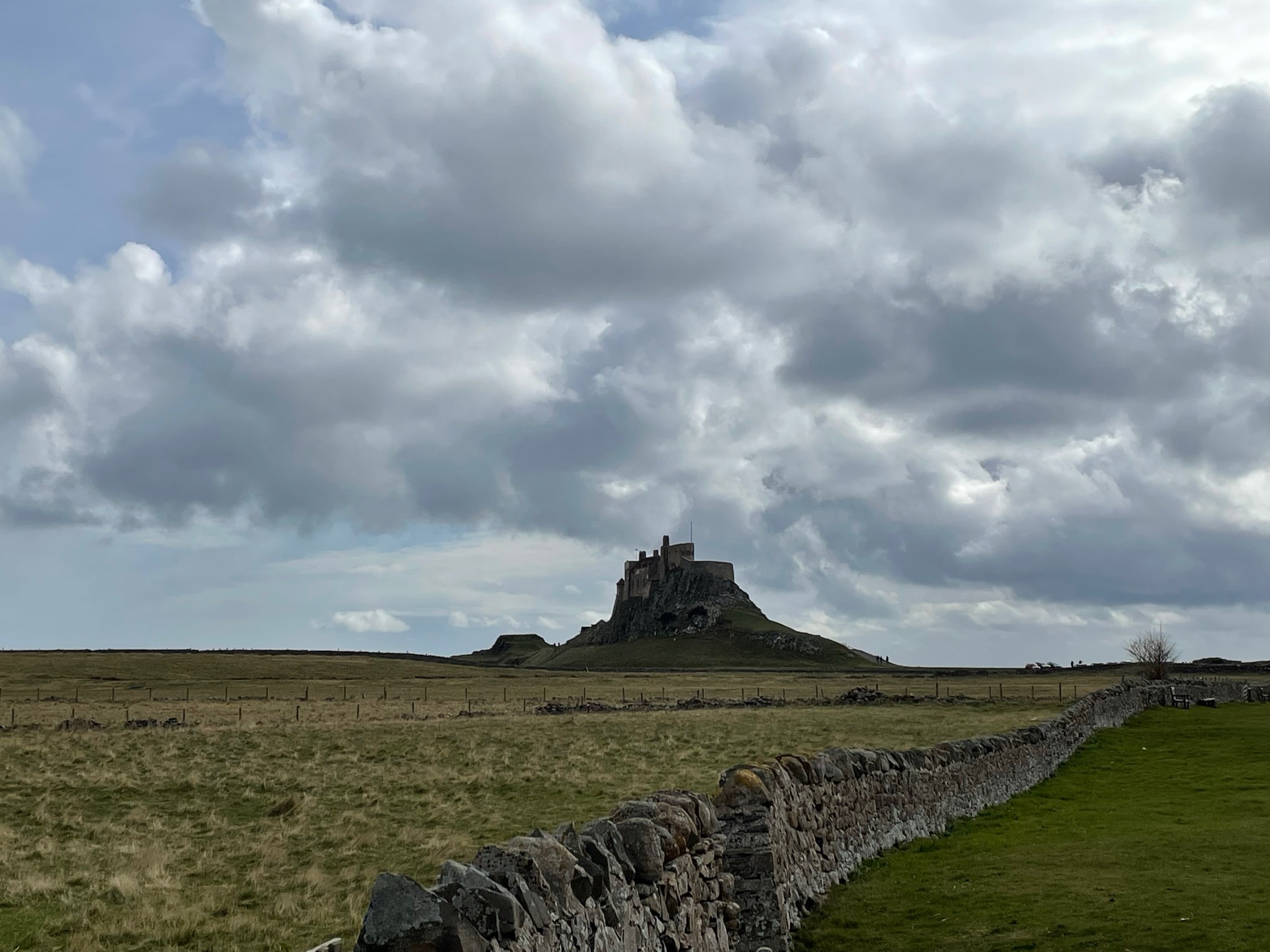 Twice when I was leaving the tide was rising and on one of those occasions the car was racing through the seawater starting to cover the causeway, a drive which seemed much longer going back than it was when I came out.

But Lytton Strachey was also not much taken with his host Hudson who was enamoured with the acclaimed cellist Guilhermina Suggia who'd trained under Pablo Casal in Paris. She was a frequent visitor to the castle and was even engaged to Hudson briefly.

We can only imagine a windswept night within the stone walls, the open fires blazing and the sound of solo cello echoing off the stone. A bleak picture indeed.

“Hudson, you know,” wrote Lytton Strachey “[is] a pathetically dreary figure, so curiously repulsive too . . . and so, somehow, lost. He seemed like a fish, gliding underwater, and star struck – looking up with adoring eyes through his own dreadful element to Suggia in her inaccessible heaven.”

What Lytton Strachey – and Hudson – did love was the location: “His castle seemed to me a poor affair except for the situation which is magnificent, and the great foundation and battlements, whence one has amazing prospects of sea, hills, other castles etc – extraordinarily romantic – on every side.” 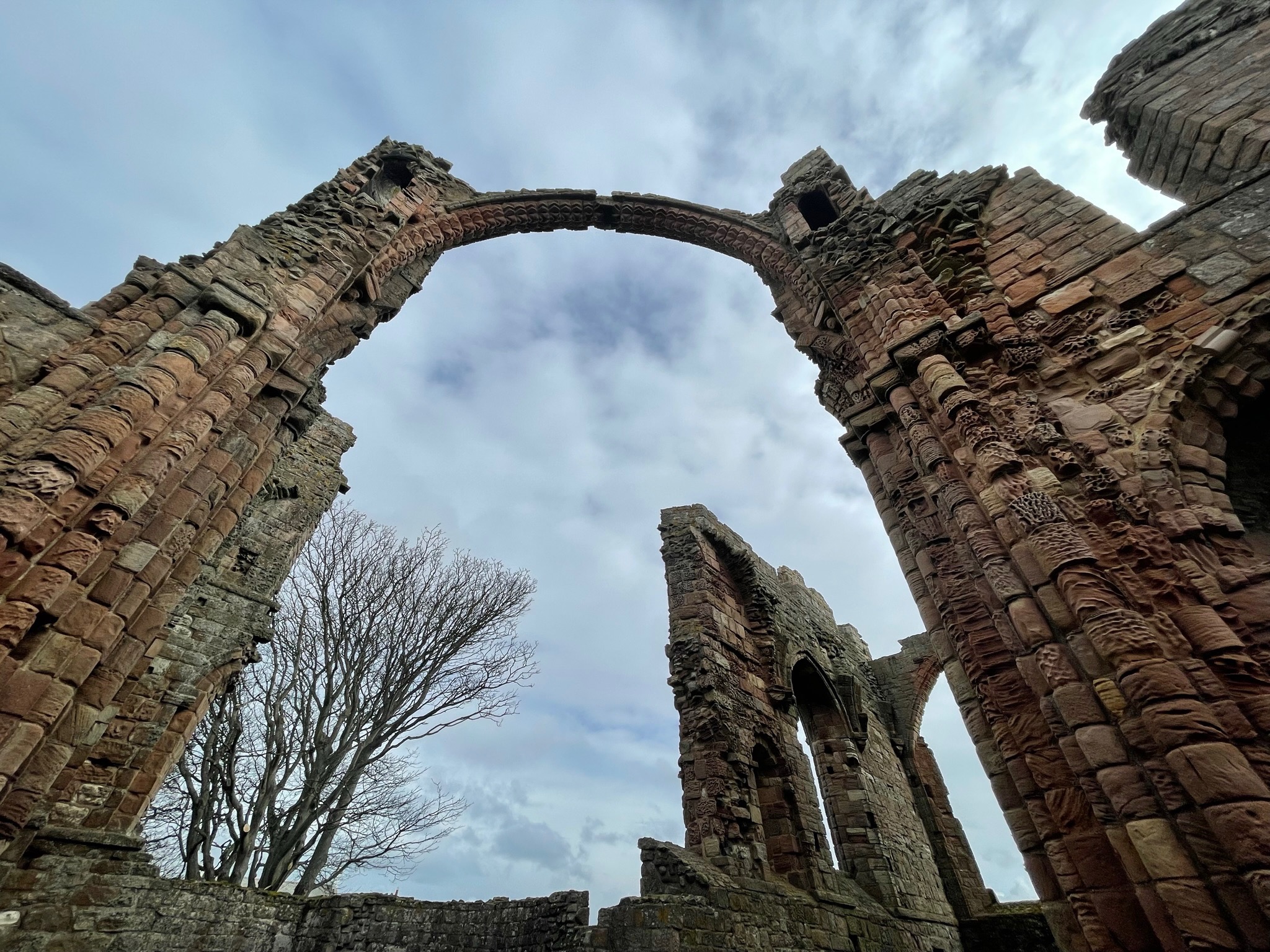 Holy Island is a mecca for birders and walkers, but it is also one of the most important places in Christianity in Britain for it was here in this remote place that that St Aidan founded the first monastery in 635AD.

It became the centre of Christian life where monks created the beautiful illustrated manuscripts known as the Lindisfarne Gospels and from 670AD was the home of the monk-bishop St Cuthbert who travelled frequently around northern England and the Scottish Borders spreading the gospel. He retreated to the nearby island of Inner Farne and lived as recluse before being convinced to come back to Lindisfarne.

After his death his body was enshrined here and Lindisfarne became a place of pilgrimage and today St Cuthbert's Way is journey the faithful still take, stopping at a dozen or more churches and locations to contemplate their faith.

After the first Viking raid in 793AD and subsequent attacks on the defenceless monks, its occupants fled taking the body of St Cuthbert with them. Centuries later monks returned to this holy place and a new church was built but again – border wars in the 14thcentury – it too was abandoned. So what we see today are the skeletons and raw bones of what must have been a breathtaking collection of buildings.

However standing beneath the soaring rainbow arch or in the shadow of a massive chimney stack is still a moving experience. Here are columns and blocks raised by many hands over centuries, pathways worn smooth by the footfalls of the faithful and glimpses of sea, sky and Lindisfarne Castle.

In summer Holy Island is heaving with visitors but if you pick your time – we were there in late March when the sky was clear but the wind cold – you can have plenty of space, and the time to contemplate this holy site.

Just as interesting as the stone rib cage and exposed limbs of the ruined Priory is St Mary's Church, standing on the site of the original wooden church St Aidan built.

This is where the Lindisfarne Gospels were written and the church has a gravestone carved with images of Viking raiders but the magnificent, small stained glass windows mostly date from the 20thcentury and acknowledge the war dead, locals and celebrate Holy Island unique place in Christianity, and its wildlife: puffins, deer and ducks.

Holy Island with Lindisfarne Castle and the historic churches is a place where 21stcentury pilgrims – tourists mostly – come to stand in awe of all that happened here, the place where Christianity got a foothold in England and beyond, and which fell to marauders from the north.

It is a place to stop for a while and think.

But not for too long. Watch the tide.

Remarkable though this place is, you don't want to end up sleeping in the car.

Lindisfarne is indeed a magical place, it stands out from the plethora of castles up the east coast. (Note re Vikings - read this: https://www.historytoday.com/archive/behind-times/goodbye-vikings?utm_source=Weekly+Newsletter&utm_campaign=5a2a67c728-EMAIL_CAMPAIGN_2017_09_20_COPY_01&utm_medium=email&utm_term=0_fceec0de95-5a2a67c728-786114&mc_cid=5a2a67c728&mc_eid=4a973c5c5f). There are many old piles that have been repurposed by rich people in the past 100-150 years, just spent time at Eltham Palace in SE London which was Henry VIII's playground then effectively abandoned until the Courtaulds fixed it up pre WW2. Another fascinating place.

Somewhere about 300km southwest of Alice Springs on a largely featureless strip of the Lasseter Highway I slow down for the laughably named Mount Ebenezer. It is little more than another... > Read more 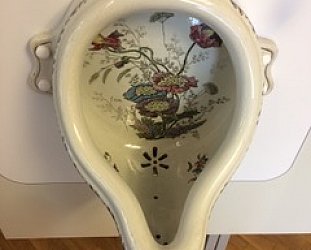 The pleasant middle-aged woman at the private museum in central Prague looks baffled by my simple question. I don't need one, but I ask again: “Do you have a toilet here?”... > Read more