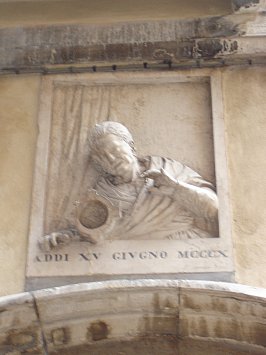 The narrow lane leading from Venice’s Piazza San Marco -- the Merceria as it is called -- is narrow and crowded. But it has always been so.

This was once the main street in this city of eroding beauty and remains the shortest route between San Marco and the Ponte di Rialto (Rialto Bridge). That means lots of tourists, designer label stores, and shops selling glass from Murano.

And everywhere, of course, dozens of places filled with mass-produced miniatures of Carnival masks which John Berendt in his book The City of Fallen Angels notes have replaced local bakeries and butchers’ shops, and are “a detested symbol of the city’s capitulation to tourism at the expense of liveability“.

Famous people have walked this winding street -- Byron, Browning and Dickens definitely, a score of Antipodean and English television chefs no doubt, and various minor royals and politicians from all over Europe.

We know the course of history is often determined by the whims of kings and queens although it is commoners who put their shoulders to the wheel -- and are more often than not the first to be crushed by it.

But in the Merceria there is a small tribute to a commoner who performed an uncommon -- and faintly absurd -- act which altered the fate of Venice.

So despite the press of people I stopped opposite an arch near San Marco and pointed out to my companions a small marble relief above it.

It is of Giustina Rosa and she is depicted leaning out of a window as if ready to drop some kind of pot on the heads of those passing below.

And once, she did exactly that.

Giustina was in the right place at the right time -- and that time was June 15 1310, a date carved beneath her image and also set into the pavement beneath the tramping feet of tourists.

Her original home is long gone of course, but her appearance -- albeit very brief -- in Venetian history has been immortalised in three dimensional marble. She leans forward past a curtain and the pot is actually a mortar balanced precipitously above the heads of passers-by.

Giustina Rosa’s story is an unusual one.

Through some failure of natural succession and consequent instability in nearby Ferrara -- today only an hour away -- troops from Venice had occupied that city. But Pope Clement V disapproved and gave the Venetian army 10 days to withdraw or Venice would be excommunicated.

Heated arguments broke out in Venice between those who feared the consequences (more financial than physical or spiritual probably) and those who supported the Venetian Doge’s defiance of the Pope.

However the Venetians occupying Ferrara were slaughtered by troops the Pope had called in, and back home some separate groups planned a concerted coup to oust the Doge.

One of the conspirators Bajamonte Tiepolo lead his men down the Merceria towards the Doge’s palace on the Piazza San Marco, taunted much of the way by civilians along the route.

Tiepolo was within a few steps of St Mark’s Square when old Giustina stepped into the pages of history. She leaned out her window and dropped a mortar. It hit Tiepolo’s standard-bearer on the head and killed him. Tiepolo’s proud standard fell to the ground.

Tiepolo, seeing some fatalistic symbolism in the moment, panicked and fled back down the Merceria, across the Ponte de Rialto -- knocking it apart behind him -- and holed up in his own district.

Concerned about civil disorder as some citizens rallied to hunt down Tiepolo and others rose to his defence, the Doge negotiated a truce with Tiepolo. His home was torn down as part of the deal but at least he survived, unlike one of his co-conspirators who was beheaded.

And Giustina was handsomely rewarded.

Her landlords were not allowed to raise her rent, and her family could hang its banner on feast days from that famous window in perpetuity.

Well, perpetuity is a long time and her home -- known as Casa della Grazia del Mortar -- was pulled down over a century ago.

But Giustina Rosa’s likeness -- that of a broad shouldered old woman wrapped in a cloak and about to let loose her famous mortar -- hovers over foot traffic in this part of the Merceria even today. Not that anybody notices.

Most people are too busy peering into the expensive shops or jostling through the camera-wielding crowds making for San Marco or the Ponte di Rialto to look up and see the image of this uncommon commoner. 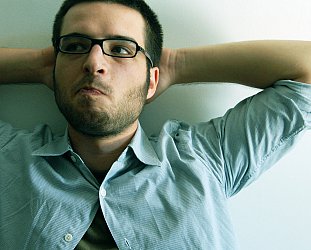