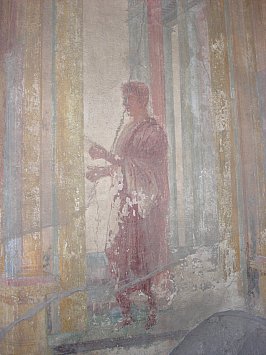 "The thing with Napoli," said Alfonso leaving a pause for effect, "is the tourist people they love it or they do not. But I understand why they do not. The city, she is . . . "

To be honest I can't remember exactly what he said next about his birthplace, but it could have been something like this: that Naples is noisy and polluted, the roads are congested, and you can barely make your way down some lanes and footpaths for hawkers from North and West Africa selling fake Gucci, belts, shoes, jeans and sunglasses.

Maybe Alfonso also said that everywhere there are touts offering bootleg DVDs and CDs standing elbow-to-elbow with fish and vegetable sellers, and that there is visible prostitution.

Travellers to this city in the Campania region of south western Italy are often warned by other tourists and some Italians to watch out for pickpockets, to not travel alone down certain streets at night, and . . .

Just a whole heap of cautions. And while cities in Italy have their character up-front in the form of Roman ruins and Renaissance grandeur, Naples can seem like little more than a mess of motorcycles (usually coming right at you along the footpath), crumbling buildings, traffic jams and chaos. Naples is, to my mind, the Bangkok of Italy.

Alfonso, whom I met in nearby Pompeii one glorious afternoon, defends his city's bad reputation but admits it can be hard work. The local Mafia -- the Camorra which dates back around 400 years -- has a well-earned reputation for being murderous and secretive, and it controls much of the black economy as well as illegal gambling and prostitution. It's unlikely the casual tourist would be troubled by a Camorra thug, but the bag-snatchers on motorcycles are very real.

Reality and fiction blur readily in Naples: it was to this city that Tony Soprano, Paulie and Christopher came to seal the deal selling stolen cars.

Naples -- with a population of one million and occupying a window seat above the glorious Bay of Naples with the Isle of Capri in the foreground, and with Pompeii and Sorrento just around the corner -- is one of the most fascinating cities in Italy, yet its bad press has done the city a disservice. I loved it and would go back tomorrow -- despite being given a counterfeit 50 euro note (about $90) in change within minutes of arriving.

"What should I do about this?" I asked a young guy in the hotel later."If I take it to a bank do they replace it?"

He looked at me balefully through his wire-frames. "You take it to the banco it will be more trouble. Me, I take one to the banco some time and they make me fill out papers and keep me for a long time. They make me to be the criminal. They don't give you another money for it."

"Well, you maybe give it to someone else," he said with a smile. "If you can find someone who don't know it is falso. But I think maybe everyone know the falso."

It was mid-afternoon when we emerged from the central station into the mayhem that is Piazza Garibaldi, an area the size of a couple of football fields where buses and taxis do daily battle with pedestrians and Vespas. I could feel the adrenalin course through my body as it tried to keep pace with the rowdy pandemonium. Tourists are usually advised in most major European cities not to find accommodation near the station -- lowlifes, bad trouble and so on -- but we took our chances at a tidy looking place on the opposite edge of the piazza. Outside our door -- but mercifully not beneath our window -- there was a raucous open air market by day. At night the ill-lit place had a haunted, deserted and vaguely menacing air.

It was from here, by day and night, we set out -- and the cautions notwithstanding never once felt unsafe.

Naples, despite the maze of narrow streets and ruined nature of some roads, is remarkably easy to negotiate. From Piazza Garibaldi a number of key thoroughfares radiate, notably the crowded Corso Umberto I which is a main shopping street -- although quite how shops selling jeans and shoes survive when there are cut-price alternatives up the nearby lane, if not right outside their doors, is hard to fathom. This multi-lane road -- in typical Neapolitan confusion the bus lanes come at you from unexpected directions -- runs parallel to the bay below and leads to Piazza Bovio which is but a few streets from the central Piazza Municipio.

Municipio is a useful hub from which to explore this city which was founded around 2500 years ago by Phoenician merchants and Greeks. They called the place Neapolis (New City) and its clear skies, broad harbour and cool climate made it a favourite refuge for various Roman emperors. Books tell of a volatile history: it was sacked a few times by invaders from the north, and the Germans then the Sicilians held sway for a few hundred years until the Spanish took over in the 15th century and kept it under their wing -- more or less -- until Italy was unified. Out of that melange of cultures came Naples, the wild child of Italy.

The elements of those formative centuries remain in abundance. Piazza Municipio sits beneath the towering 13th century Castel Nuovo from where it is a short walk to the seafront and on to the suburb of Santa Lucia whose former beauty is celebrated in the famous Neapolitan song of the same name. Its 19th century author might not recognise his quiet suburb now, the narrow streets and lanes pulsating with life and energy.

From here west however, along the coast and up into the cooler hills behind the city from where the view back across the city and bay is spectacular, Naples really comes into it own. The Villa Comunale -- a long public garden which hugs the shoreline -- allows the city to breathe more easily and by the time you reach the homes (hillside castles in some cases) of Posillipo the sheer beauty of Naples' location is evident. You can appreciate why the city was once a contender for the capital of the unified Italy.

Although it doesn't brag about it in the same way as Rome, Florence and Venice do, Naples is also chock full of art and artefacts, notably in the archaeological museum -- above a pivotal underground station -- which houses some of the loot acquired by Pope Paul III (formerly Alessandro Farnese) whose swag of classical treasures known as the Farnese Collection can be found here, and in the Museo di Capodimonte which sits in lovely gardens to the north of the city. The archaeological museum also hold thousands of pieces of mosaic, art and citizens-in-stone retrieved from the evacuation of Pompeii -- which explains why at Pompeii itself there are so few small artefacts, mostly just buildings and streets. But that's the serious stuff.

Naples exists for more than that: this is the city that gave the world the thick-based pizza and it's where a good pair of jeans can cost as little as $40 in a shop (and less if you are prepared to buy without trying from a street seller). It is where casual wear for women seems to require jackets, t-shirts and jeans to be covered in rhinestones and cheap glitter (an alarming fashion statement, let's hope it doesn't catch on), and where the seafood is fresh, delicious, salty, cheap and plentiful.

It is where excitement is made physical and you either roll with it or get rolled over by it. I tell Alfonso how much I like his city.

"Everyone should love to live in Napoli," he replies expansively -- although oddly enough he didn't any more.

i totaly agree, i am in naples at the moment staying i think in the same place you stayed and i love this city, wud def reccomend it to anyone,

I went to Napoli this summer with my two young children and we loved everything in the city. We stayed in one of the hotels in piazza Garibaldi, and it was wonderful - very close to metro and trains, to shops and restaurants. People was very helpful. In 3 days I made more friends than in years living in US.... Definitely want to come back there

I lived in Napoli for four years as my husband was working at the NATO base there. As Brits, we absolutely loved the city and would return without a doubt. There were some sad things that happened whilst we lived there, but the good always out did the bad. With so much to see and do, you need years to explore the amazing history.

I am from naples but living in the uk since i was around 10 years old, i can say i go back every year to visit family and see the lovely naples its self, come bella napoli....The food the culture and the people make naples more beautifull, and also thinking of moving back over there with the kids and enjoying the rest of our lives in napoli 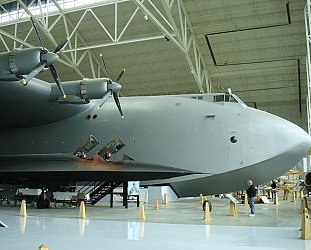 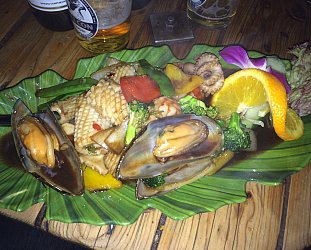