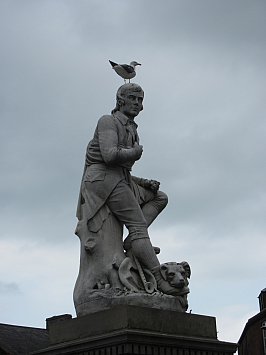 One of the most cherished books in our house when I was a boy was a collection by Robert Burns, or “Rabbie Burrrns” as my mother said.

The book was little bigger than a matchbox, its cloth cover an increasingly threadbare tartan, and the edges of the pages were painted gold.

It was as much a treasure to look at as for the ringing songs and poems within.

Peculiarly perhaps for a family with strong Scottish links -- my mother, older sister, grandparents and I were all born there -- we didn’t celebrate Burns Night in late January (Burns’ birthday when the food is piped in and Burns’ To the Haggis is recited) but his work was much respected.

My father -- who grew up in Auckland to Scottish parents and was a beach-loving Kiwi by inclination -- would sometimes recite lines from Burns with artificially rolling R’s.

As H. V. Morton noted in his 1929 travel book In Search of Scotland, “Shakespeare is reverenced in England; in Scotland Burns is loved . . . Burns is not a tradition, he is a living force. Scotland spoke in every word he uttered.”

So when in Scotland recently -- this being the 250th anniversary of the bard’s birth -- it was inevitable I would track something of Burns’ life.

The humble cottage in which he was born still stands in Alloway near the pretty little town of Ayr (which, incidentally, delivered one of the best Chinese meals I have ever had) but I was drawn to Dumfries where he spent the last but productive three years of his life.

Here he died at age 37 after, it is said, collapsing on a cold night following a drinking session at the nearby Globe Inn.

The tiny Globe, down a small lane off High Street, was Burns’ favourite -- he said so in a letter to his friend George Thompson -- and he certainly spent quality time there. The chair he usually occupied is still there, the pokies date from a more recent time. 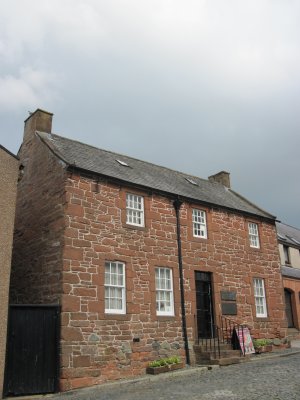 It was in his two-storey house on what is now Burns St (where he signed his name on a window using a diamond stylus, it remains to this day) that he did his finest work: the lyrics to over 100 songs and poems; collecting and sometimes adapting Scottish songs which would otherwise have been lost; writing furiously . . . and doubtless enjoying a wee dram.

But by this time Burns was also suffering multiple afflictions and depression. He certainly drank too much (possibly not as much as legend has it) and the circumstances of his death are now cleared of myth: it was not a snowy night when he collapsed (it was July, summer) and it seems he died of a blood infection after a tooth had been removed some months previous. Less drunk-drama than the curious might want.

Tragically however, his funeral in July 1796 took place as his son Maxwell was being born.

Over the centuries we have heard rather too much about Burns the adulterous, rustic farmer-poet who wrote in difficult dialect, and not enough about Burns as an intellectual and scholar who spoke English with great propriety and correctness.

When he died he was acclaimed as far afield as in Russia and the United States for his republican sentiments (the evidence is in his Dumfries house, now a museum), but he was buried in the corner of the nearby churchyard.

When William and Dorothy Wordsworth went to look for the site in 1803 they were shocked by his meagre grave and she reflected “we could think of little else but poor Burns, and his moving about on that ‘unpoetic ground’.”

Later Dorothy wrote, “through busiest street and loneliest glen, are felt the flashes of his pen . . . deep in the general heart of men, his power survives”. 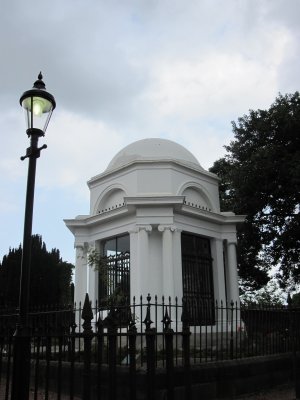 In 1815 a large mausoleum, with funds from public subscription, was erected. Burns now lies there, his wife Jean Armour who died in 1834 alongside him.

Today there is a Burns industry: the houses he lived in, the inns he drank and sang in, and the paths he paced around Aberfeldy are all part of the tourist trail. There are guided walks, recitations, toasts in his honour and of course books of his work and biographies.

It is easy to be cynical about such things, but the heart always returns to the lyrical poetry and ballads Burns wrote into the soul and spirit of his people.

As Gabriel Setoun noted in his Burns biography, “Burns’s poems from first to last are, almost without exception, the literary embodiment of his feelings at a particular moment . . . Every one gives us some glimpse into the heart and soul of the writer”.

Even today they leap with life and vigour from the pages of that tiny collection I treasure. They roll off the tongue and I can still hear my father declaiming, as people have done for centuries, “that man to man, the world o’er, shall brithers be for a’ that”.

the idiot boy who flewscotlandireland