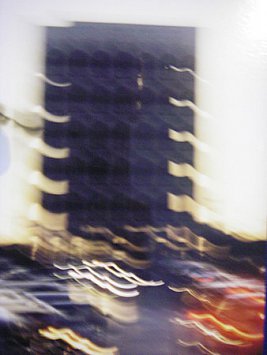 The view at sunset from these steps is spectacular. Old men have gathered to smoke cigarettes and silently watch the orange orb sink below a horizon punctuated by distant spires and domes. The view the other way is more problematic. And pretty ugly.

This is EUR -- Exposizione Universale di Roma -- a district on the southern outskirts of Rome created when Mussolini's fascist dreams were taking full flight.

There is a monumentality about the buildings, which are designed in a chopped-and-channelled classical style to evoke the grandeur of the past and the power of fascism's modernity. The streets run in unwavering straight lines and huge statues tower over civilians.

At its most impressive -- the enormous Palazzo della Civita del Lavoro (Palace of the Workers), a squat white building with arched windows which recalls paintings by the surrealist de Chirico -- EUR is mesmerisingly photogenic. It is also a living reminder of a failed ideology that placed social conformity above dissent.

Construction started on this satellite city at Mussolini's behest in the heady days before World War II. It was intended as the site of an international exhibition to be held in 1942, but the war intervened and work halted. Many of the buildings were subsequently completed in the 50s.

EUR is an interesting 30-minute metro trip from central Rome. The further south you go, the more graffiti in the stations, and by the first of the three EUR stops -- the one you should get off at to see the squat Palazzo della Civita del Lavoro which was designed as a square Colosseum -- Rome has become a scribblers' wonderland.

There is a rundown feel about this monument to fascism where the statuary is typically heroic. Words from Shakespeare come back: "He doth bestride the narrow world like a Colossus, and we petty men walk under his huge legs and peep about."

Of course, up close they are hilariously hideous. The musculature is ill-defined and grotesquely inflated, and there is no attention to detail. They merely impose themselves on the landscape and consciousness. This is ersatz neo-classicism with weeds growing through the steps and visible water damage in its forgotten corners.

The central area of EUR may be a reminder of an evil ideology, but most of all it banners fascism's lack of aesthetic taste. But it's salutary to remember, this too was once "Italian style".

Today, however, another Italian style is arriving in EUR. Massimiliano Fuksas has designed a convention centre for this area which he calls "the most important landmark of modern Rome".

The grand exterior design of the centre reflects the style and scale of its context -- although the walls will be of glass as if to deny the power inherent in their size -- but within will be a suspended, cloud-like hall which looks like an abstract expressionist's daub on his early plans.

Fuksas' idea is to meld the two ideologies of Modernist rationalism, as epitomised by EUR architects such as Adalberto Libera who designed the Palazzo dei Congressi building, and the non-rational.

"The simple box is like Modernism," he says. "But inside is a contradiction. The cloud has no form, it is like a dream."

That fascism modernised Italy is without question, but there is an irony that Fuksas' Centro Congressi Italia will bring the advocates of globalisation here for talkfests. As Nicolai Ouroussoff recently noted in the LA Times, Mussolini once said, "Fascism is the merger of state and corporate power".

It is as if almost six decades after his death Mussolini is once again getting what he wanted. Of course in life what Mussolini wanted he got, regardless of the shortcomings of design or ancient history.

It was he who ordered the construction of the graceless Via della Conciliazone leading from near Ponte San Angelo to St Peter's, effectively destroying the drama of suddenly finding yourself in the sweeping arc of colonnades then seeing the awe-inspiring St Peter's. (A tip to any first time visitor to St Peter's: avoid Conciliazone and approach it through any of the narrow lanes which will withhold the splendour of the basilica until the very last moment.)

Mussolini's other great project was the Via Del Fori Imperiali which links the Piazza Venezia and the Colosseum, another straight inscription on a map but one which bulldozed its way across the ancient ruins of the Forum and nearby marketplace. Mussolini and his thugs may have got the trains to run on time, but subtle in civic design they were not.

However, if you have seen the sun set behind St Peter's from Pincio Hill -- a romantic if familiar must-do in Rome -- and are looking for a different experience, take the train down to EUR and join the old men smoking on the shabby steps at sundown.

The sun is the same, but the world here is very different. 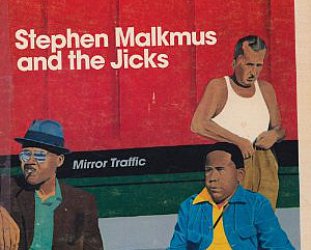