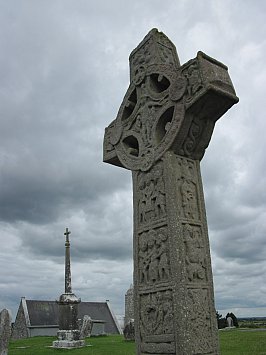 As an example of Kiwi understatement it was masterful. As he emerging from the 5000 year old tomb, blinking into the bright Irish sunlight, the strapping lad from Taranaki was asked what he thought of it.

“Yeah, pretty good, eh?” he said, then strode off purposefully, leaving behind him one of the most ancient and breathtaking sights -- and sites -- in Ireland.

Little more than an hour from 21st century Dublin is this doorway into a world which, until recent times, had lain undisturbed since it was built by Neolithic farmers who hauled massive stones many kilometres to arrange them systematically in this picturesque place.

Even now, when you stand in the small room at the centre of this long and low passage-tomb where people from this fertile region in a gentle curve of the River Boyne laid out their dead, the stone roof is exactly as it was when the slabs, some weighing many tonnes, were put in place.

This is Newgrange, part burial chamber and part massive sundial which only allows a shaft of light into the central chamber at the time of the winter solstice.

The tiny roof box which lets in that rare shaft was only discovered during excavations in the 60s, and everywhere are mysterious carvings in stone -- carefully rendered spirals, the wavy ones perhaps representing the nearby river -- and the silence of the ages.

Newgrange -- one of the most celebrated pre-historic sites in Europe -- dates back to a time before Man used metal tools, but knew the passage of the stars and could measure the turning of seasons with astonishing accuracy.

Impossibly old though it may be, in the landscape Newgrange looks like a massive piece of installation art: a low and circular ridge of green grass some 80m across beneath which are walls of tightly packed stone. It lies low on the land, just 13m high, and from a distance looks like yet another rolling hill in the landscape -- although current thinking is the top may have originally been flat.

The tiny entrance is exceptionally beautiful, although controversial because it was constructed in the 60s and therefore may not be a replica of the original. But inside there is no denying the power of this place which was here before the pyramids were built in Egypt.

Around it are standing stones (dolmen), and legend says Newgrange was the burial place of the High Kings of Tara, but archaeology confirms this place existed some 3000 years before the Tara Kingdom.

This wider region known as Bru Na Boinne (The Palace of the Boyne) has 40 passage-tombs, among them nearby Knowth which feels even more ancient by being less open to the public. The tunnel to the centre remains dark and impenetrable, but there is an undeniable beauty in the weather-worn carvings on the huge stone slabs.

Ireland is many things to many people: to economists it is the limping Celtic Tiger; to writers, a land of literature; for those who like a tipple it is where pubs appear to outnumber churches. For those in search of history it offers a breadth disproportionate to its size: everywhere are stately homes and castles, beautiful walled gardens, and ancient megaliths in odd places, such as the Proleek Dolmen (with a capstone weighing 46 tonnes) in County Louth near Dundalk. It is behind the Ballymacscanlan House Hotel and by a golf course.

At the picturesque and abandoned Clonmacnoise monastery beside the River Shannon at the very navel of Ireland, crumbled ruins of tiny worshipping places and stone churches stand amidst angled Celtic crosses on ancient graves. Here you can walk on the same worn stones as pilgrims did 1500 years ago and admire the artistry of those unknown souls who carved Biblical scenes into massive crosses.

The visitor centres at Clonmacnoise and Bru Na Boinne have excellent displays, reconstructions, information and visual presentations which offer flashes of insight into this world of so long ago.

But always there remains the sense of mystery, as if a veil of the unknowable was once quietly drawn over these places to ensure their secrets could never to be fully understood.

FOR INFORMATION ON THESE SITES 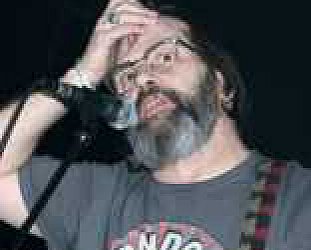