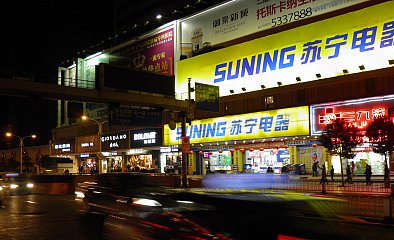 Kunming – the capital of Yunnan province in south west China – doesn't do quiet. With a population around 6.5 million (and, improbably, a sister city to New Plymouth since 2003), Kunming delivers confusion, haste, noise and its own peculiar order in the apparent chaos of motorcycles and scooters which flit between buses, tracks, cars and pedestrians.

At least the children are accompanied by an adult – although very young school children often aren't – but one of life's more terrifying experiences is to watch as a small dog negotiates its way across an intersection..

Kunming – with a pleasant climate and considered “laid back” by big-city standards in China – boils with energy, life, cheerful and welcoming people, and pent-up speed (if it could just get out of second gear). 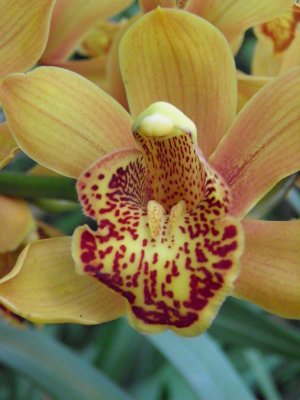 But sometimes it is perhaps necessary to escape to a park, of which the city has many. Even better though is the spacious, grandly named Garden of the World Horticulture Exposition in the north east, just 100 yuan for entry ($20) and a $5 taxi ride from the city centre.

Here in this City of Eternal Spring as it is known, is the place which brought Kunming to international attention when, in 1999, gardens representing every province of China and many nations drew thousands of visitors.

Even today, especially on weekends and public holidays, it is a magnet for locals and Chinese tourists.

But on weekdays, if the barrage of the city is too much, it is the perfect escape into gardens, sculpture, oddly disconcerting exhibitions from other countries and, best of all, quiet.

Anyone who has been to Kew or other great gardens of the world will be slightly disappointed in the cacti and tropical displays, but the international section is both amusing and often laugh aloud.

The Egyptian area – an outdoor pool surrounded by faux-ancient sculpture – is shabby and the mural already looking centuries, rather than fewer than 15 years, old. In fact many of the international gardens look a little neglected. 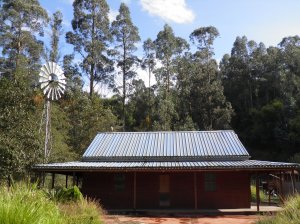 Most odd is the Australian contribution. A low house from Wagga Wagga was transported here – outdoor water tank, plants and windmill too – and dropped on the site. Makes for a good photo though to show and say, “Guess where this is?”

In other areas you pass traditional homes from Thailand and Japan, a pagoda from Myanmar, a bizarre “garden” of stone columns from Peru, an odd little cottage representing Britain . . .

And good on the Dutch for thinking of a windmill.

But the gardens from China's provinces are beautiful and scrupulously maintained. The imperial era is evoked in the installation from Beijing, but elsewhere are pagodas reflected in still ponds, tiny temples and replicas of grand gateways. Doubtless Chinese visitors notice regional characteristics more than foreigners, but this is an easy amble through a miniature China. 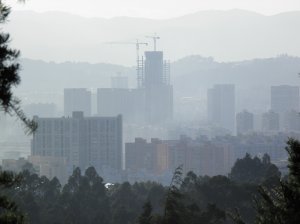 However the exposition area holds an even greater attraction for the aurally assaulted tourist looking for escape from central Kunming: a cable car which allows for a view across the city where distant tower blocks and cranes rise through the haze of heat and low cloud.

The cable car costs a mere $12.50 and for that you get a silent ride for the 10 minutes it takes to get to the top

On the day I fled from central Kunming there was just a family, two old men and me up there.

It was the fewest number of people I had seen in Kunming, other than in my hotel room.

In this exciting, vibrant and interesting city I gladly paid for the quiet, if only to hear my tinnitus again.

For other stories on Kunming and this region of South West China go here.