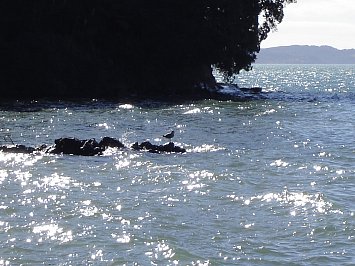 Within an hour of us meeting, Mama Thiu was knocking me up for money. Then her brother had a go.

It was at Nga Trang in Vietnam and Mama ran a small, outdoor restaurant at the northern end of the gorgeous beach close to the port. Mama's place was near the centre of town but it wasn't a favoured area with tourists who headed for the quieter sands further down. So Mama struggled, which made her doubly glad to see any tourists who wandered in, tempted by cheap meals and warm beer chilled by the addition of blocks of ice.

For a few days Mama's was my regular because once we got past the initial attempt at a shakedown she relaxed and chatted away about her family, problems with tourists and local officials, and so on. Oh sure, on the second day the motorcycle trip to the local waterfall she was trying to sell me rose in price every few hours as she added in a lunch, and a sister who would come along to massage me. But Mama was a hustler and that was her way.

Mama was an attractive woman, maybe in her early 40s, but with hard hands borne of manual labour on the family farm. She had come to Nga Trang about 10 years before and through hard work and bribery had secured herself this small restaurant made of little more than bamboo poles holding up a plastic canopies.

It was monsoon season and at 5pm the rains would come for at least an hour. It was always best to be in a dry and comfortable place, and that was Mama's with its cuttlefish and squid delicacies and view of the turquoise ocean and the flash lightning over the distant islands.

One day her brother and some friends renovated the place. They took down the plastic sheeting then had some breakfast, they took down some bamboo poles and had a beer, then they went off and got more of the same and came back for a leisurely lunch. By the end of the day Mama's place was looking if not brand new then at least the same as before but cleaner.

She was very proud and speculated if she could now put prices up for the few tourists who happened to come past.

One day the woman who collected the interest on her loans came and for the rest of the day Mama drank rum and became very melancholy. As tears turned to anger she told me nearly everything she earned went in repaying loans and interest.

Then she spoke of the French man whom she met two years before who loved her but had to go back home. He had given her a ring and promised to return. He had written but hadn't come back and she now didn't think he ever would.

The cheerful chancer and hustler I met on the first day had vanished and now there was this fearful, middle-aged and lonely woman sitting next to me.

We closed up her restaurant and I hailed a cyclo to get her home. Through sobs she insisted I have the ring the Frenchman gave her -- a modestly engraved silver thing -- and that I come home with her. So I did.

Her place was a tiny room at the southern end of the city, up one flight of steps past bicycles and cardboard boxes of fruit. Her cousin was there was watching a martial arts video on an enormous television. The three of us sat and talked, then Mama fell asleep on the couch, and he left.

A short time later I got her to the cot in the corner. She was tearful and apologetic, and insisted I come back to her restaurant the next day. Her sister would give me a free massage she said.

I didn't go, I think she would have felt uncomfortable, and instead took the bus to Hoi An.

But I wore that ring for years. 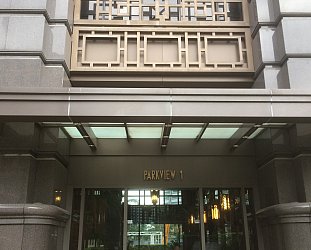 It's always a pleasure — and sometimes even necessary given the humidity — to just plonk down in one of those cheap street-corner eateries in Singapore and take in the passing parade... > Read more