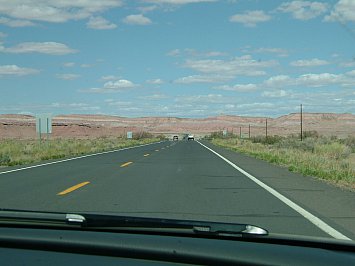 Brent was a mountain man. That said, as he sat in the bar of the Monte Vista Hotel in Flagstaff -- drinking what I took to be another of the many whiskies he'd got through before I arrived -- he didn't seem like a Grizzly Adams or Jeremiah Johnson.

He looked like woozy, if fit, hardware salesman in town to buy a new line of garden tools. But as the layers fell away he told me his story. He was a mountain man all right.

My wife and I had arrived in Flagstaff, Arizona because it put us within an hour or so of the southern rim of the Grand Canyon and there was an important Native American museum there.

But being at the Monte Vista was pure accident. The sun was in our eyes as we came into town and I suggested we just turn right at the next set of lights. And there it was, the Monte Vista Hotel one block off Route 66 and about which we knew nothing other than it looked old, cheap and welcoming.

It was all that, and more.

The Monte Vista, as it turned out, was where some of the nightclub sequences of Casablanca were filmed, it had a few resident ghosts, and numerous Hollywood stars and a few notorious bank robbers had resided within its 80-year old walls. Zane Grey, John Wayne and Jack Daniels (Brent's patron saint, I guess) had all stayed there. So had Freddie Mercury of Queen and Jane Russell.

And Brent, who was at the public bar when we went down for a drink before dinner and was an immediately engaging companion.

He'd been born in Jackson Hole, Wyoming and his father had recently sold up the ranch which had been in the family for generations. Brent was still mad about that. His sister had got into real estate and he'd started going into the mountains just as he had when he was a kid.

He never took provisions with him, just a knife and a bedroll. He lived off what the land and God provided.

He told a long and rambling story of how he was the first man to go by canoe from somewhere in Rocky Mountains down a famously impassable river to the Pacific Coast. Along the way he'd been tossed out and broken his leg, had to drag himself to a distant roadside to get help, ended up in hospital for a few months, then just started again where he left off. When he arrived at the coast he was greeted by a swarm of media including National Geographic.

He was hailed as a hero, but he knew why.

"Hell, it was jes after the end of that O.J. trial and this country was lookin' for heroes. I jes fit the bill."

We talked of Indians and explorers, and of legends like Kit Carson.

"Mean little bastard," said Brent as if he had the misfortune to meet him last week. "Small but stocky and tough, turned into an Indian killer. You could smell him before you saw him."

And so our night passed in tall tales, history and characters that seemed as real as the mountain outside the hotel window, and rambling whisky-fuelled stories which sometimes never quite made it to the point. Later we went for a walk to clear our heads in the cold night air, then came back and started all over again.

At some point he gave me a knife because mountain men always gave such gifts as a mark of friendship he said. We gave him a key-ring with a tiki attached. It seemed a thoroughly unfair exchange, but value wasn't what it was about he said. It was about friendship, and who could put a price on that?

Around midnight, possibly much later, we parted company.

The following day we were going to drive to the Grand Canyon for a day. And Brent?

"I'm here to check out a few trails. I'll go up for a couple of months. I'll maybe come back after that then jes head off in for a real proper while."