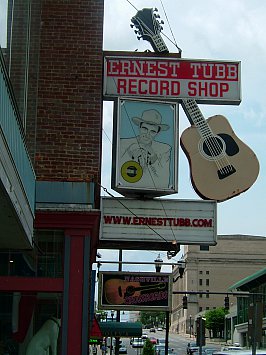 The cliche and joke about Nashville, the country music capital of the world, is that every bus driver, real estate agent, waitress and desk clerk is an aspiring songwriter. Spend more than a minute in their company and they will be pressing their demo tape on you just in case you can be useful to their career.

I'm not sure what Roger thought I could do for him -- we were both at a sleazy run-down motel outside of town -- but we got talking in the shade of the courtyard near the empty pool strewn with rubbish and windblown papers.

He asked where I was from and when I told him a smile passed across his craggy unshaven face. Turned out he'd been down this way in some touring band or other many years ago. Was a friend of singer Steve Earle's too he said, and I was duly impressed.

I don't know if he was down on his luck or maybe just moving, but his station wagon seemed to be full of his possessions -- stereo, guitar cases, piles of clothes and books -- and I guessed that by being at this $30 a night motel he hadn't exactly made a fortune out of the music business. But he was cheerful enough, recommended a couple of clubs, and as we said our goodbyes he mentioned he had a CD of his music he'd like to give me.

I waited while he rummaged around in the glove compartment. He couldn't find it but promised to drop it off at my room later. I went out on the town and bar-hopped along the main drag opposite Ernest Tubb's famous music shop.

Some time after midnight I returned to the motel where a hip-hop party was going in the next room. Around 5am they stopped fighting, throwing chairs and playing deafening rap, and then half an hour later they started again. There was no point in staying in bed any longer.

When I opened the door of the unit I found a CD which hadn't been there when I came in. Taped to the cover was a note which read: "I left a better copy of this w/e-mail address @ the front desk for you if you care to pick it up. May you have a safe journy." It was signed RD.

As I was signing out I mentioned the noise which had kept me awake all night to the manager who promptly refunded $10, then he passed over the CD from Roger.

Experience tells me that great music comes from the most unexpected sources. Who would have picked Memphis in 1954, Liverpool a decade later, or Trenchtown, Jamaica in the late 60s?

So I put Roger's disc on the dashboard fully intending to give it a fair hearing. After all, you never know.

It was somewhere near Georgia when I put it on and listened, absolutely engrossed by it. It was obviously recorded live in bar with a gritty band and Roger had fused country rock and reggae with stories of wayward women called Wanda and hard times.

My wife and I listened to a few tracks in silence before turning to each other, both of us thinking exactly the same thing: this is the most godawful music we'd heard in decades.

I found Roger's demo CD at home the other night and played it again just for laughs. I was tempted to stash it away for nostalgia's sake.

But I binned it. 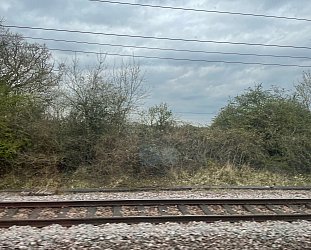