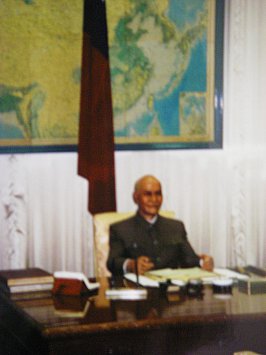 When you travel to foreign parts it is good to be respectful of local customs, and usually they are common courtesies or pretty obvious: you don't wear shorts or a halter-top to St Peters -- or in various Muslim states -- and you should always take your headgear off (or put something on, depending on the faith) when you enter a place where people communicate with their God.

In parts of Asia you don't stick chopsticks upright in your bowl of rice (it looks like incense being burned for the dead), and anywhere you don't smoke between courses unless your hosts do.

And in Texas you eat that godawful chicken-fried steak pretending it is a fine dining -- unless you want an argument from a two-metre tall, 250 pound guy in a Stetson.

These things aren't in the nature of kowtowing to others (kowtowing can be good too though), they are just in the nature of simple courtesies. When you are out of your cultural zone you simply watch what the locals do and follow their lead -- unless they are fire-walking, diving off high cliffs into a roiling sea or eating chicken-fried steak.

Temples, shrines and memorials have a universal code and that is of quiet reverence. Unless you are Eastern European with a cellphone as recent experience showed me.

If you have been lucky enough to have been to Hanoi where the late Ho Chi Minh is in residence (unless he's been shipped off for routine cleaning) you'll know that you enter his mausoleum in single file, no talking, no stopping to gawk, and no hands in pockets.

Those who insist on smoking everywhere or pointing a camera at anything which takes their fancy would be unwise to get in the queue. The Hanoi jail is -- and this is just a guess -- possibly quite unpleasant.

I quite like going to the occasional mausoleum, grave or memorial. At best it gives you a chance to reflect on the influential life of the person being honoured and at its worst -- as with Jim Morrison's grave at Pere Lachaise in Paris -- it reminds you that you should never judge someone by the behaviour of their disciples and acolytes. You might think the same at Mao's mausoleum actually.

Monuments to political leaders can often be bizarre monstrosities -- Chiang Kai Shek's in Taipei has an eerie life-like waxwork of him in his office and a changing of the guard choreographed by the Ministry of Silly Walks -- but there are others worthy of quiet contemplation.

One afternoon in Guangzhou in Southern China I went to the Sun Yat-Sen Memorial Hall, the place which honours the man whose ideologies modernised China in the early 20th century on the then-unfashionable principals of democracy, equality and nationalism -- and of course he died disappointed when the country split into powerful factions out of which emerged the Nationalists, Communists and god knows how many competing warlords.

But Sun Yat-Sen is often recognised by all those factions so his Memorial Hall -- on the site of his presidential offices -- seemed worthy of serious attention, and his life something for contemplation.

I arrived in the early afternoon and there was only one other person there, a bent old man reading every inscription intently. I sat in the hall, which is often used for concerts and meetings, waiting for him to finish his serious business. I thought of how China had changed -- as the old man carried on reading the writings -- and what odd circumstances had brought me here -- while the old man shuffled on to the next piece of calligraphy.

Then I thought of the unusual food I'd eaten the previous evening -- while the old man moved on slowly -- and finally how bloody boring it was waiting while the old man dragged his feet across the platform to some other piece of art, writing or some damn thing.

I took him for a scholar or devotee, but finally decided I would have to interrupt his studious reverie. I walked onto the stage alongside him with all the quiet reverence and respect for the cultural context I could muster.

And just as I did so the old bugger let out a great sour fart then departed, leaving me considering the legacy of the great Sun Yat-Sen in cabbage-like Smell-O-Rama and mild hysterics. 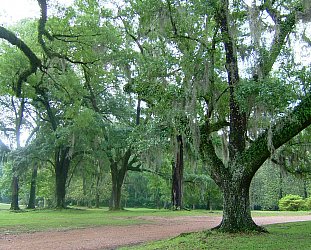