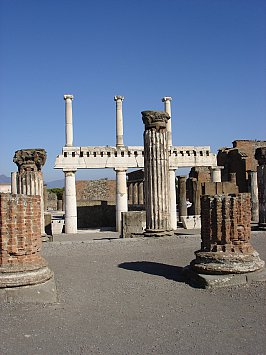 Alfonso lives in the hills behind Sorrento and is Neopolitan by birth.

"But the two places are very different, you know. I don't want to say anything against the Spanish . . ." he says, but the pause is the giveaway.

"But when that pope, you know the one maybe 400 years ago, when he came to be pope he appoint a Spanish king -- and all the trouble in Napoli come from then.

"The Camorra," he says, referring to the local Mafia, "they start back then with the Spanish, but now it is genetic in the people I think. So I don't want to say anything against the Spanish because I have many Spanish friends, but you know . . . I think maybe it was the Moorish Spanish actually."

We have met Alfonso -- late 50s, educated, well travelled including three business ventures to Japan and a holiday in Melbourne to see a distant cousin -- in Pompeii and his non-stop conversation is full of wit and polite qualifications.

"I like the English, I have been to England many times and know I could have a good life there, so I don't want to say anything bad about the English -- but they have a . . . I think a 'higher up' attitude because they like their royalty.

"Me? I don't like the royalty and the Italian people are happy not to have any more kings after the war. But the English, it is part of their culture so they are proud of that. It is good for them maybe, but not for the Italians."

Alfonso jokes about his attempts to sell mozzarella and wine to the Japanese through a business partner there -- "but they don't like the cheese and the wine then, maybe now they do and I was too soon" -- and gently, in a few phrases of Danish, ribs some Danish tourists who walk past.

"Danish think they are number one, but now Italian number one."

A Dane laughs back, "but now we give you money to keep you number one -- so maybe we are really number one."

It's all harmless -- and meaningless, unless it was about football and went right past me -- but Alfonso gets irritated when a woman sees us coming up the lane towards her and clutches her handbag to her chest.

"Madam, please," he says with an exaggerated whine of pain. "We are sophisticated people, not like you read about in your tourist books."

He turns to me genuinely hurt: "So many people they come to Napoli and Pompeii and they hear about the pickpockets or the thieves and they think we are all like that. This is wrong, you must tell your people this. We are good people.

"Oh look, there is the Casa della Venere, it has a wonderful fresco we should look at."

The lazy afternoon rolls by and there is much banter, the odd break for a cigarette, and plenty of effortless local history and politics pouring off Alfonso's tongue as we walk among the ruins of a city once home to 20,000 citizens but which was wiped out in a day.

"This was a cosmopolitan city." says Alfonso who speaks five languages. "People from all over the known world would be here."

And he looks around the visitors from all nations pointing their digital cameras at the ancient stones.

"Just like it is now again maybe," he laughs. 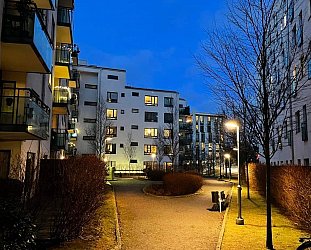