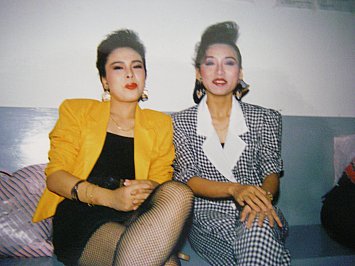 Much in the way that I always take a photograph out of the window of any room I stay in when I travel (if there is a window, and often there hasn't been), it has also been a habit of mine to have a shave in a country I am passing through. It's always an interesting experience and, if a cut-throat razor is involved as it often is, then a very trusting one also. You may come out feeling crisp and clean or, as I discovered on one unhappy afternoon in Melbourne, scarred and bloodied.

At Hoi An in Vietnam some years back I walked up to a street-corner barber who was alarmed and nervous by me appearing at his workplace. Hairy and stubbly white guys obviously didn't squat down on his stool that often.

But he gave me an excellent (and ludicrously cheap) shave before a crowd of giggling kids and some old men who seemed puzzled and mildly disapproving.

In Saigon one day I watched some men disappear through a barber's doorway so I followed them, sat down in the chair and was attended to by a lovely young woman who, after placing a heated towel across my face, let her hands wander down my body then whispered in my ear, "I think you are long man. I am big woman."

I have to admit I was rather flattered and have since convinced myself that she didn't say that to just any man.

I got my shave and only later did I realise that most of the men who came into this "barber" disappeared through the curtain at the back and didn't come out for some while. I was probably the only man who actually had a shave that day.

I have been shaven in China and France, Korea and Hong Kong. But never in New Zealand funnily enough, although the worst I have had was very close to home.

One afternoon in Melbourne, due to meet my sister and her husband for an up-market dinner, I went into a Greek hairdresser to tidy me up.

I should have left when the brewing dispute between the old man and the young guy ended in an explosion of epithets and the throwing of a towel. Too late. I was in the chair and lathered, and the furious young man took to me with a cut-throat and such urgency that it was clear he had just been fired -- and I was his final customer.

Later I went to dinner with a red face stinging from aftershave and spotted with blood.

All this came back to me when I recently sat in a hairdresser's salon in Paris and, relying on my wife who lived in France for a while to explain the complexity of the project, decided to undergo a complete change of look. A makeover we might say.

The four decades of long hair would disappear and I would emerge with a "degrade" style much the same as the brooding, 22-year old Johnny Depp lookalike in the glossy magazine.

Well, I came out of it happier than I did after the encounter with the angry Greek, but the man in the mirror looks unfamiliar.

So I decided I'd grow a beard.

Now, even though I might chance the snip of scissors in foreign parts I will no longer pull a crowd or risk an unfamiliar razor.

In retrospect, and given the odds of something having gone wrong when I raised my throat to a stranger with a blade, that might just be a good thing.

Although the famous cathedral is rightly considered the physical and emotional centre of Canterbury in England, the historic old town holds other delights and diversions, especially if you are... > Read more 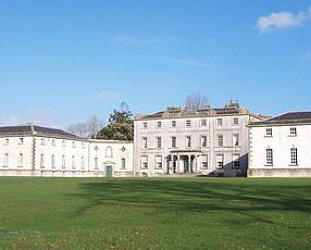 The Celtic Tiger may be limping right now, but in the great wheel of Irish history, everything becomes relative. You need only pull into beautiful Strokestown Park in County Roscommon, two hours... > Read more