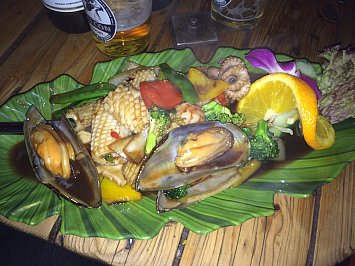 Just before 7.30pm at Koh Phangan the kitsch fairy lights wound around the trees and handrails of the bungalows start to flicker.

Suddenly there is an enormous clap of thunder overhead, a terrified two-year old runs back from watching fish in the little stream to cling to Mum and everywhere people are visibly startled.

Then there is another, even deeper but slightly more distant, thunderclap. Then another.

The monsoon has come to Koh Phangan.

And in the street outside it is -2 degrees.

This Koh Phangan isn't the party island off the east coast of the Malay Peninsula but a restaurant in Stockholm where they replicate the mood and sound of the monsoon rains to the delight of diners and drinkers drawn by the excellent food and exotic cocktail menu.

This Koh Phangan is on Skanegatan in the Sodermalm district, a few doors up from the city's famous Pet Sounds record shop (which also has a bar across the street). 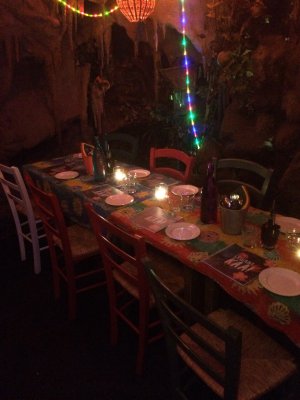 They have other similarly-styled branches in the more pricey Ostermalm (do not shop here unless your credit card limit looks like a phone number) and at historic Uppsala (a university town well worth a visit) about an hour by train to the north.

The Swedish people have an attraction to Thailand and these days flock there. So would you if for weeks you got a bare half-dozen hours of watery daylight each side of the even more dark and short days of winter.

As a result there are Thai restaurants everywhere around Stockholm but, having sampled a few, this crazy, noisy and enjoyably silly Koh Phangan – where all the kitchen staff are Thai – is among the best. If not the best.

And you won't argue with the extremely generous servings which come out of the busy kitchen. 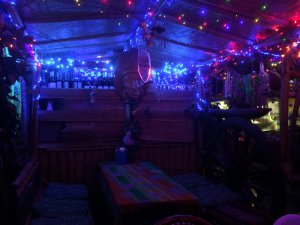 The food can be seriously chili-hot — one of our small party was gasping after one mouthful — which is odd in a country where the local palate prefers meatballs, potatoes, herring and sour cream.

But Swedes who have been to Thailand – and local Thai themselves, who were in evidence on the night -- have embraced these more varied dishes where fresh local seafood gets the full Thai treatment.

And, it has to be said, some people come to simply sit in the front bar — a replica of something you might see on any beach in Thailand – for the rather fancy cocktail menu where coconut milk finds its companions in all kinds of powerful spirits and tropical fruits. Which also come with flowery decorations and colourful straws.

If you decide to go — and you should if you crave spicy food and silliness — then maybe book ahead and see if you can get a seat in the tuk-tuk.

Yep. With its fairy lights, plastic flowers and bamboo furniture, Koh Phangan is that kitschy . . . and even more fun.