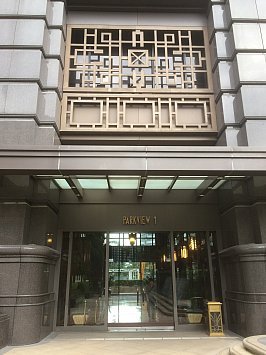 It's always a pleasure — and sometimes even necessary given the humidity — to just plonk down in one of those cheap street-corner eateries in Singapore and take in the passing parade of diverse humanity over a cold bottle of Tiger beer.

But sometimes you might want for ambience which is a little more classy . . . and for that you need Divine, a huge bar (maybe half the size of rugby field) on the ground floor of the distinctive Parkview Building near Little India and Arab Street.

The Parkview – which opened in 2002 – has always seemed an oddity, even in Singapore's diverse architectural landscape. 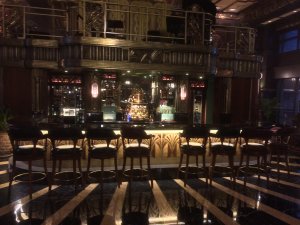 The statues in the garden are of an eclectic bunch (find the common thread between Churchill, Plato, Dali and Dante if you can) and the building itself is some weird amalgamation of Art Deco as re-imagined by self-aggrandising Mussolini. (It's all about the imposing, inhuman size).

You could imagine with the right lighting an especially broody Batman movie could be shot here where Empire State-meets-Metropolis (the 1927 movie, not the Auckland apartment tower). 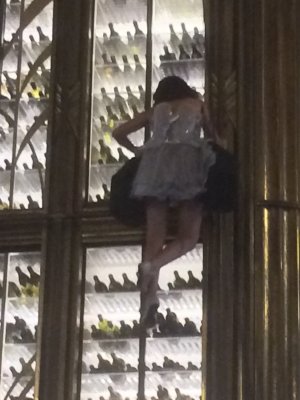 With grandiloquent décor, false balconies about six metres above the ground floor, heavyweight furnishings and wine racks stacked behind glass above the main bar which reaches at least 10 metres behind the main bar, Divine is muscular, sophisticated, slightly kitsch and out to impress.

Very impressive is the young girl in a tutu and angel wings who “flies” up that wine cellar on a hydraulically operated hook.

In the tower block above are offices and some embassies, and latterly with new buildings closing in around it Parkview is actually seeing less and less of that park out the back.

But in the sophisticated bar that hardly matters as your eye is engaged by the ceiling murals, oversized fittings, other patrons in for cocktails after work or the band which plays at night in the balcony above the other bar at the far end of the room.

Of the beers on their lengthy beverages list you can find Italian, Czech, Irish (it's Guinness, of course), Australian, American and Belgian all represented. So if it's a cold Tiger and a street parade you were interested in, Divine isn't the place.

Let's not kid ourselves, this doesn't come at cheap Singapore prices. A whisky and soda (with “hand-cut ice” of course) clocks in at around $22 — the ice looked much like what comes out of my plastic tray at home — although the lengthy cocktail list is pitched between $22 and $26.

That actually doesn't seem unreasonable . . . given you get to see an angel fly for wine every now and again. 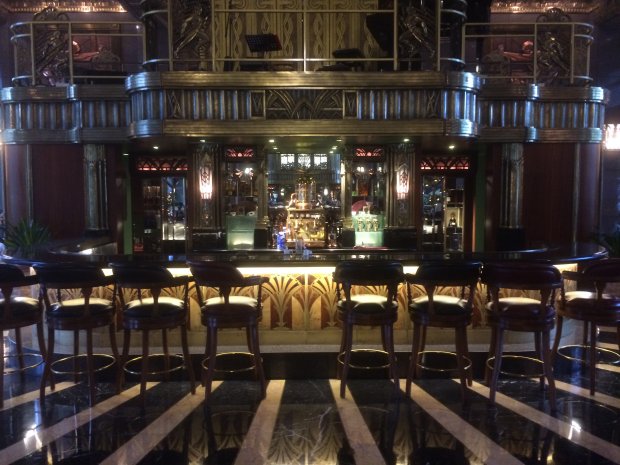