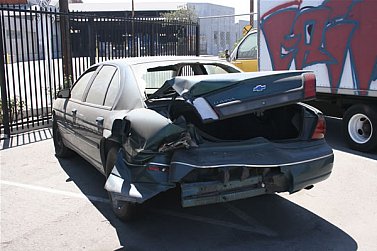 Frank was never going to make old bones. He was an Aussie wide-boy and after a wild, suburban youth and service in Vietnam he'd returned to Sydney and become a stuntman.

He was stocky, but larger than any room he occupied. His speaking voice terrified children and his raucous laugh set off car alarms, but he was gentle with his young daughter.

Frank was likeable and tough, but you also sensed he wasn't long for this world.

He told me how to roll a car and fall off a building, and along the way how to drink cans of beer, crush them when empty and toss them in the general direction of the sink.

We'd been introduced by my sister and one afternoon at Frank's place he showed me the video of a television item about a stunt that went haywire.

He was being dragged through a tunnel of fire behind a motorbike, but the bike went too slow and the rope burned through. Stranded in the middle of the burning tunnel, he knew that to survive he had to roll sideways and through the wall of fire. So he did. But he rolled out the wrong side. The fire crew were on the other and didn't know he was being burned alive. Someone yelled in alarm, they hurried around and covered him in foam and water.

Frank survived, was in hospital for months and had burns to 80 per cent of his body. The video ended, Frank crushed another can and laughed.

Just then there was an almighty crash from the street. Someone had come down the road, sideswiped my brother-in-law's company car, then taken off.

We surveyed the minimal damage, my brother-in-law cursed and said if there had been more he might have got a new car out of it. Frank said no problem.

The following morning, a deathly quiet Sunday, Frank and I got in the car and found a deserted, light-industrial area. He ordered me to fasten my seatbelt and then started work.

With clinical accuracy he drove us into a telephone pole to take out the left front, then smashed the passenger side by scraping us along a brick wall. His coup de grace was sliding into the gutter to bend a wheel. It should have been terrifying but I felt utterly safe.

The car limped back to his place and he cast a cool, appraising stare over his handiwork. I can't remember how much Frank assessed the damage at but my brother-in-law told me later that he had been within $100 of it. And that he'd got his new car.

I never saw Frank after that morning. And I will never see him again.

A couple of years later Frank dived into a swimming pool from a first floor window and broke his neck. Still very young bones.