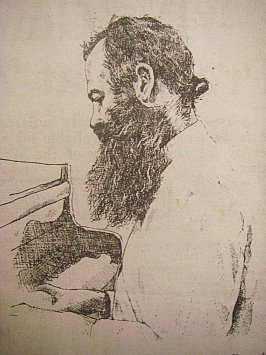 When John Cale went to New York from Wales in the early Sixties it wasn’t with the intention of meeting up with Lou Reed to form the Velvet Underground, but to study under a pianist/composer who had literally been “born in a log cabin” in the small community of Bern, Idaho.

By the late Sixties that composer, La Monte Young, was in the vanguard of the minimalist movement and being hailed as the father-figure of the classical avant-garde.

In the intervening decades Young has been surpassed by his students and colleagues, notably Philip Glass, Steve Reich and Terry Riley -- all of whom have become darlings of the contemporary classical world and who do very nicely indeed, thank you.

La Monte Young survives surprisingly well also. But he certainly never had the media exposure of Glass or Riley for one simple reason: he simply didn’t make records.

While Glass recorded on the European jazz label ECM and made his way into the mainstream finding a comfortable home on CBS/Sony alongside Riley, this mentor of minimalism went deliberately unrecorded -- until 1988.

That first recording (two outings on a tiny, long since out-of-print European label hardly count) hardly caused a ripple in the cosmos either.

His The Well Tuned Piano on the Gramavision label was a five album box set of a continuous five hour concert recorded in 1981 at the long-since closed Dia Art Foundation space in New York. 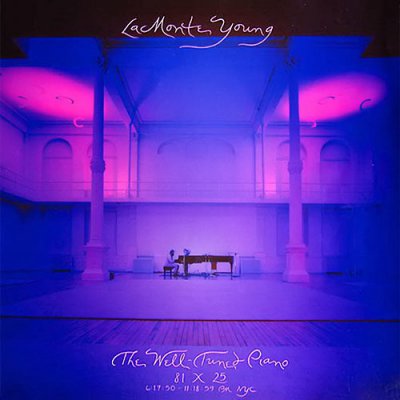 Given the nature -- and cost -- of the set, it was never destined to be a huge seller. But within the classical world it is considered an important document, the value of which cannot be overstated.

It helps to place the recording in the context of Young’s life and career, for the solo piano piece is the result of many personal and professional inputs.

The La Monte Young story began in 1935 in that isolated log cabin where the soon-to-be-pianist began by playing saxophone and entertaining the family and church folk.

He was schooled in Los Angeles and grasped some firm jazz connections when he put together a band which included the drummer Billy Higgins and the trumpeter Don Cherry (later part of Ornette Coleman’s groups). He also scored a place in the school’s dance band over his classmate, the jazz flautist/saxophonist Eric Dolphy.

By the late Fifties however Young was looking elsewhere for musical ideas. He studied the classical concepts of repeated pitches in the same octave as he had heard in the music of Anton Webern and picked up on Japanese and Indian music (he later studied under singer Pandit Pran Nath) a decade before the Beatles started pointing to Ravi Shankar. 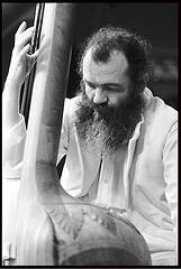 The first results of his listening came in compositions which emphasised harmony over melody by the use of sustained notes -- which is a feature of all his work, notably The Well Tuned Piano.

He hooked in Terry Riley, a classmate at UCLA and performed Trio For Strings, a controversial work which lasted nearly an hour and pursued the idea of pure harmonics.

The work was largely derided but Young, with Riley in tow, was on his way.

He studied with Stockhausen and by 1960 the most famous of avant-garde figures, David Tudor and John Cage, were performing his music in Europe.

Other works saw him exploring electronics, found sounds such as chairs scraping across the floor, and words without any “musical” context at all.

Young was out on the edges of the classical world yet still finding a small and receptive audience. The Merce Cunningham Dance Company used one of his pieces and by the late Sixties he was part of the Fluxus group of artists in New York which briefly included Yoko Ono who hosted Young’s concerts in her loft.

In fact there is a similarity between the conceptual work of Young and Ono at this time.

One of Young’s pieces is called Composition No.5 and was written thus:

“Draw a line with yourself

Go on drawing until you disappear.”

Fluxus was a short-lived but influential art movement, but Young didn’t even last that small distance. He retired from it, bought a saxophone and started re-exploring his jazz connections.

It was at this point the Welsh viola player John Cale arrived in New York on a scholarship to work with Young.

The Theatre of Eternal Music, as Young styled his ensemble, worked towards a concept called Dream House in which the music and performance space were unified, Young’s wife Marian Zazeela providing a slide show paralleling the music.

Within the small world of avant-garde New York in the Sixties it was no surprise to find Young working on soundtracks for three short Andy Warhol films, and often acclaimed as the prime source of the Velvet Underground’s drone music and hugely amplified volume (both of which were features of Young’s music at this time and which Cale brought to the band).

He also influenced Riley, Reich (one of Riley’s students) and Glass (a member of Reich’s group).

But those expecting to hear something like a classical Velvet Underground in The Well Tuned Piano -- which Young first played in 1964 and kept constantly revising -- will be disappointed.

Taking a specially built grand piano which is re-tuned, Young explores delicate harmonic tones and intervals in a way which grows and evolves over the five-hour span of the piece.

If the concept sounds pompous and self-indulgent, repetitive or even boring, it comes across as none of these.

The work is certainly a personal experience for pianist and listener (it’s hard to imagine sitting in someone else’s company and listening to it) and the superb recording -- which involved a dozen microphones placed around the piano -- brings out the restful overlapping notes in a way which makes them seem to hang in the air.

In the face of the unusual harmonies but gently evocative music of The Well Tuned Piano it is hard to disagree.

Those familiar with the ambient music of Brian Eno or even the gentle electronica of German groups of the Seventies such as Cluster will have fewer problems with it than those who have been schooled on latter day Glass or old school Bach.

La Monte Young may have taken a long time to come out in the world of recording, but he has always been a man on the periphery. His influence has certainly been everywhere for decades and to hear him emerge with such confidence on The Well Tuned Piano -- and indeed the stamina to play such a piece -- gave hope to those who wanted to hear more recordings from him.

It wasn’t to be: he has only released a couple of recordings in the 20 years since The Well Tuned Piano.

But that work is a major contribution to contemporary music.

Masterpiece isn’t too strong a word.