The remote community of Deer Lick Holler in the Appalachians isn't on the way to anywhere, so there aren't many outside influences. It's where musicologists go to study authentic hillbilly music -- and be fearful of the sound of Duelling Banjos.

So it was a significant day when a stranger drove into the valley on a crisp autumn afternoon two or more decades ago -- and promptly crashed into the old oak at Devil's Elbow Curve and killed himself.

The dead stranger's legacy lives on because in his car some local boys found a pile of black vinyl records, all by AC/DC.

They took them home to the wind-up 78rpm gramophone and, by putting a finger on the shellac to slow it down, managed to decipher the lyrics.

"When we first started listenin' to them AC/DC tunes it became revealed to me that the Lost Highway of Hank Williams and the Highway to Hell were the same road," says Deer Lick Holler's Barley Scotch.

"Think about it. Ol' brother Hank [Williams] was 29 years old when he drunk hisself to death and it took ol' Bon Scott of AC/DC an additional five years to accomplish that same thing.

"You tell me who was more personally committed."

Along with some of them boys on fiddle and mandolin, Scotch set about learning the AC/DC songs and took their bluegrass interpretations to the wider world as Hayseed Dixie. Their album A Hillbilly Tribute to AC/DC has sold over 100,000 in the States and Scotch says coupling AC/DC to hillbilly music made sense to them.

"We always said there were four key elements to any song worth singin': drinkin', cheatin', killin' and hell."

He cites by way of example the old Stanley Brothers song The Girl Behind the Bar.

"In the first verse the guy walks into the bar and starts drinkin', in the second he hooks up with the gal behind the bar and they go in the back room and start with the cheatin'. In the third verse her husband shows up and stabs her, so there's your killin'. In the fourth verse the ol' boy who gets framed for it is layin' in prison thinkin' about goin' to hell. So there's all four key elements right there.

"People oftentimes ask me about love and I always tell 'em love is not a key element, just a fundamental cause of all the drinkin', cheatin', killin' and hell that's going on in the world."

Scotch denies his world view has been coloured by corn mash whiskey, although concedes his grandfather was a hog-farmin' moonshiner "and also sometimes a Church of Christ preacher whenever it was effective for the business".

"Ever seen Bugs Bunny? That big ol' rooster Foghorn Leghorn? Until I was 13 years old I thought somebody from out in California had went an' met my granddad and based it on him.

"We come from a long line of investigators in the alternate fuel and liquor industry. Right now we're trying to drink and play our way in every alcohol establishment across the planet, which is why we insisted on getting the record released where you are. I think you have a couple of establishments down there."

With an album which includes oink noises from the band and energetic treatments of AC/DC, Hayseed Dixie are highly entertaining but also thoroughly proficient country musicians.

It's funny but intelligent music and Scotch becomes philosophical when questions turn to the mysterious stranger whose death at Devil's Elbow Curve gave these boys something unique to take to the world.

"A man can look back and read something into it," he says thoughtfully. "But I've always been more of the Nietzschean, the idea that staring into the abyss is about all there is to life. I tend to lean to more phenomenological and existential interpretations of the world.

"But there are different ways to view the world and a man could have a pedagogical view and say the stranger did sacrifice his life at the rock'n'roll temple so the phoenix could rise. 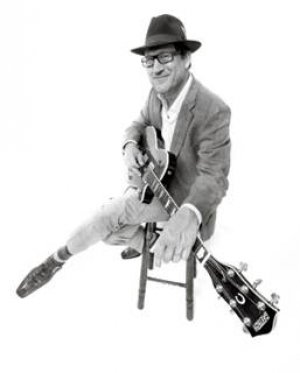 When he speaks like this it's clear John Wheeler -- aka the imaginary Barley Scotch of the very real Hayseed Dixie -- is one smart cookie.

Dropping the hillbilly drawl, this amusing musician with a masters degree in philosophy says he was about to write his dissertation on Schopenhauer's interpretation of Kant's categorical imperative before music took over. He's one of the few guitar pickers in Nashville who has read AC/DC lyrics and Kant's Critique of Pure Reason.

"Kant is one of the pillars of Western thought, that's where our whole enlightenment, rationalist tradition comes from and the whole scientific method of the last 150 years, which gave us great things like the Industrial Revolution -- and the atomic bomb," he laughs.

Although born and raised in Nashville, there is some truth in his Barley Scotch persona: his granddad really was a hog-farmin' moonshiner who looked like Foghorn Leghorn, and the first album he bought was Hank Williams jnr's Whiskey Bent and Hell Bound.

The second was Highway to Hell.

"So all this is not just a straight-up joke, I paid my way through college playing country songs and originals and threw in AC/DC because it was fun."

He stayed in college until he was 24. "If I'd written my dissertation I'd have a doctorate in philosophy, but they cut the money off and said, 'Go write it'. Instead I joined a country band."

He toured for a couple years, returned to Nashville, opened a recording studio for alt.country acts and one day met the Reno brothers -- Don Wayne and Dale who play banjo and mandolin. They started pickin' AC/DC tunes for fun, recorded the tribute album in 2001, burned a few copies and passed them around, and suddenly record labels wanted to put it out. The album steadily sold and so they recorded another (A Tribute to Mountain Love in 2002 which included Ted Nugent's Cat Scratch Fever and Aerosmith's Walk This Way done bluegrass style) and then a tribute to Kiss, Kiss My Grass.

The Weapons of Grass Destruction album ("Dixie-isations" of songs by the Scissor Sisters, Cliff Richard, the Stones, SEx Pistols and Judas Priest) appeared in 2007.

They also did albums of originals (No Covers in '08) but also have done bluegrass versions of Mozart, recorded in German and Spanish, started their own annual festival (in Scoptland, of course) . . .

When it comes to chart action they are more acclaimed in the UK than back home. Their 2015 album Hair Down to My Grass topped the UK country charts for three weeks. Oh, and they did a whole album of Norwegian artists as Sjt Munchs Drikkeklubb Band, some songs in Norwegian.

Parallel to Hayseed Dixie, however, is the real band, the Kerosene Brothers, which is the same musicians (but with electric guitars) playing bluegrass and country classics alongside originals. At some shows the Kerosene album -- released the same day as Kiss My Grass -- has outsold the Kiss tribute said Wheeler in 2013, and he's happy with that.

"The transition is going well."

At shows in the States their audience is people like himself. "We don't get a lot of 18-year-olds. You're more likely to get into a fight than get laid, there's not a lot of single women running around. Not that we care, we're all in our 30s and got families so I'm not into this for the chicks like when I was 25."

What the audience appreciate is that they are good musicians and it's not a one-joke band. The two Reno brothers in the band -- who left to pursue a more serious direction in '13 -- have an impeccable pedigree: their dad wrote that hillbilly classic Duelling Banjos.

So Hayseed Dixie mix up traditional songs, "all about drinkin', cheatin', killin' and hell pretty much," laughs Wheeler. "I do all that as a comedy routine in interviews about Hayseed Dixie, but I think it's all kinda true - and only things with an element of truth are funny really."

So there's more truth to Hayseed Dixie than you might think.

Which is why we need to talk about them?