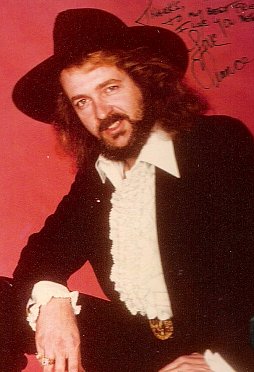 Like the remarkable Vernon Dalhart who had numerous stage and recording names, the man born Chance Martin also used a lot of pseudonyms. Unfortunately unlike Dalhart (his extraordinary story is told here) who sold records by the shedload, Chance -- as he was known to friends -- barely shifted a copy of his sole album In Search, released in 1981.

Chance -- who has been variously Mr Freedom Man (after a song on the album), Johnny Chainsaw, Ace, Captain Quick Tour, Alamo Jones, the Stoned Ranger and a few other monikers besides -- became something of a minor legend on the back of the album's 2013 reissue.

It is an album best described as . . . interesting.

Perhaps not quite as interesting as Chance himself who can boast that Ringo Starr knew who he was because the former Beatle came up to him at an awards show and said, "You're Chance Martin. You're the world's biggest cue-card holder. This is my friend Nilsson Schmilsson'."

At least that's what Chance says, and Chance -- now in his 70s, still alive and living in Nashville as far as we can tell -- said a lot of things.

But he was a very famous cue-card holder and did that job for years for Johnny Cash on his television show. He became a Cash confidant, stayed in his house looking after Cash's wife and children when the singer went on tour, worked at the House of Cash publishing company and through Johnny met a rollcall of country greats (Waylon, Willie, Tompall Glasser etc).

He knew Townes Van Zandt, watched Elvis drop a gun while on stage, was there when Jerry Lee Lewis zoned out on acid . . . 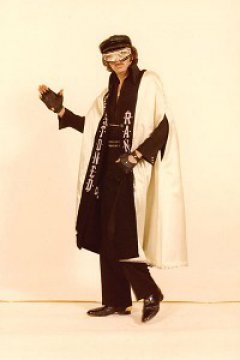 And because he started working on live concerts he met ZZ Top, Cheap Trick, "hung out with Mick Jagger in Europe, him driving me", Alice Cooper . . .

On the evidence of the madcap In Search (which may also have the subtitle Dead Ready), Chance may tell a better story than record a great song.

But the album is certainly . . . interesting.

Recorded in his homemade studio above his parents' garage and worked on over five years -- while Chance partied, a strange cast of characters moved through adding parts and general chaos ensued -- the album is nothing like anything you might expect from a man who hung around with Johnny Cash.

It is an oddball tripped-out psychedelic hotpotch which opens with sampled voices at an airport, a whoosh of guitar and Zappa-like voices shifting in and out before it settles into a acid-fueled groove. It is called High Test and references Romans 10:9. Check your Bible.

But what follows barely gets to the same territory. Love By Chance has girl singers all over it -- think blacklight, red curtained, candlelit room at 2am with a hint of . . .

And next up Sunn of a Gunn is another sonic sample thing with Chance seemingly trying to pick up chicks using an Elvis voice, before the Peter Gunn theme comes in at the midpoint.

He sails perilously close to a radio song on Just Your Way of Tellin' Me and maybe even on Blue Monday . . . . if a station would play a sort of amalgam of Lee Hazlewood and the Doors-gone-MOR.

And, as God is my witness, the instrumental Don't Cry Wolf sounds like a Quadrophenia-era Who track as played by a Southern rock band of the Seventies.

And sometimes all in the same song.

Chance's low rumble baritone -- he was like Barry White from Memphis, if you will -- is everywhere making profound pronouncements (and many far from profound).

Among the song titles are Dead Medley, Loser Till You Win, Dusty Roads of Yesterday and Too High to Land. 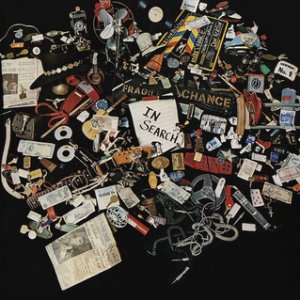 Even by the standards of the time -- and there were very few when 1000 copies finally came onto the market in '81 -- In Search was a strange beast.

And Chance didn't help his chances by insisting on a cover which was just a whole lot of his memorabilia and junk spread out on the floor.

He knew the meaning behind some of the objects (he collected toothpaste tubes and keys from hotels while on the road so there are a few of them) but for anyone else it just looks like a pile of rubbish emptied out at random.

There is no explaining Chance and what he did other than to listen to In Search and wonder, "What was that man thinking?"

If he was thinking at all.

Still, it must have been better than holding cue cards.