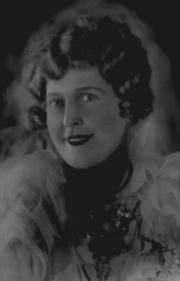 If you type in "world's worst singer" into Google and hit enter, the usual spew of teenage drivel comes up: people having a go at Justin Bieber, Miley Cyrus, Lady Gaga and so on.

This kind of anti-fan rhetoric backed up by impeccable logic ("I hate her") is fun if you are 14 and doing it, but -- conceding there is no objective method of assessing "the worst" -- really doesn't get us far.

If worst singer was defined by meaning someone who doesn't know what a note is let alone how to hold one, and has little or no sense of phrasing, timing or tune, then we might get a little closer to identifying our prey.

Even so, that could apply to an number of Idol hopefuls, but they rarely get beyond the first round and the being the butt of jokes on YOu Tube for a week.

What if there was someone who not only could not sing (using that definition above) but actually took themselves so seriously they carved out a career of some kind through sheer persistence? 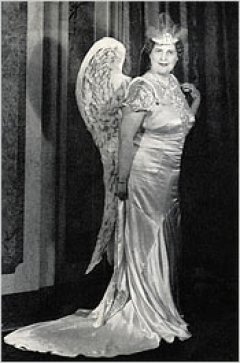 There was one such person, the marvelously tone deaf Florence Foster Jenkins (1868-1944) whose recorded legacy is stupendously bad.

What compounded the problem of FFJ -- and is an added assault -- was that she sang in one of the more demanding idioms, opera.

But that did not stop this inspired and enthusiastic amateur from applying her soprano range to the repertoire, and she was so popular -- or at least could pull such a crowd for her efforts -- that towards the end of her life, due to public demand, she even sang at Carnegie Hall.

It goes without saying Jenkins was no ordinary singer, what must be admired however is her tenacity and capacity for self-delusion. More so than any Idol reject, she was convinced she had it in her to be a great artist . . . and she had the money to indulge her fantasy.

Despite all the evidence to the contrary, when -- at 40 -- she inherited wealth from her father, Jenkins embarked on a serious career. She could not be dissuaded and in Philadelphia she founded the Verdi Club at which she would sing. When she moved to New York, her Club went with her . . . and so did the gales of laughter from the audience which she dismissed as envious people. 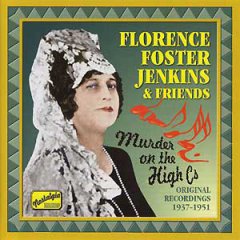 Convinced of her greatness she carried on and with the money to fund her own recitals (as well as the elaborate costumes she designed and wore) Jenkins became a person, if not a singer, of some repute.

Her few recordings have been transferred from old 78s onto black vinyl and shiny CD so have rarely been out of print, and these days you can find her at iTunes.

She lives on . . . and a decade ago there was a Broadway musical (Glorious!) about her life and "music".

The apocryphal quote from her is so good we could only hope it be true: "People may say I can't sing, but no one can say I didn't sing".

In fact, anyone who has heard one of her recordings can say, hand on heart, she didn't sing.

You know, if you squint your ears a little, and imagine that the artist is singing this way for deliberately ironic effect (sitting in the twilight zone intersection of Nico, Kate Bush and, um... Animal?), then it almost becomes a postmodern commentary on the pursuit of manufactured perfection in pop music. Almost.