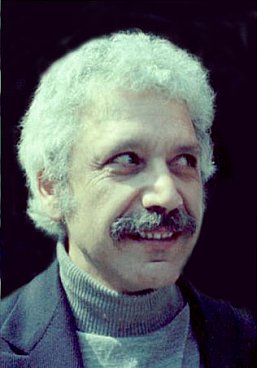 He doesn't really deserve to be in the same company as the misfits, oddballs, eccentrics and the certifiably crazy-psychotic musicians in this on-going series We Need to Talk About . . .

But the wonderfully expressive jazz trombonist Frank Rosolino is here because, in the early hours of November 26 1978, he did something so unexpected and unthinkable it shook the world, and most especially those who had known him closely.

Frank Rosolino was born in Detroit in August '26, started on trombone in his early teens and after playing in a military band in the Second World War he returned to his hometown where he fell in with the vibrant jazz scene there. He sat in with Charlie Parker, the Jones brothers (Elvin, Hank and Thad), bassist Paul Chambers and others. He had been a member of Gene Krupa's band (where he sang scat as well) and was with Stan Kenton, and was seduced by studio sessions in LA where he played on dates for Frank Sinatra, Mel Torme, Tony Bennett, Sarah Vaughan . . .

He had a reputation as a player who stood on the bridge between bop and swing, and was described by critic Richard Cook as “a wonderfully agile player with a tone that could be broad and humane, almost vocalized at one moment, thinly abstract the next, Rosolino brings a twist of humour to almost everything he does”. 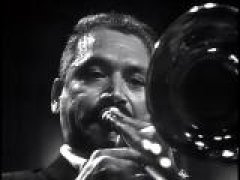 His popularity and undeniable abilities meant he was rarely out of work, had cameos in films (notably The Sweet Smell of Success, a vehicle for Tony Curtis and Burt Lancaster) and appeared in television show bands.

He spent time in Europe in the Seventies, toured as a member of Quincy Jones band and was one of the many members of the Supersax ensemble, an award-winning tribute to Charlie Parker.

In the years before that horrific event in February '78, Rosolino was enjoying life and productive, and critics spoke as highly of his scat singing as his playing. He was even making money. And was much respetced.

"We were all staggered by what he could do," recalled Bill Brusso, crediting Rosolino for expanding the technique of the trombone in the Fifties during his tenure in Kenton's band. "Not only at the speed of his technique and that he played so well in the upper registers, but that he had such incredible flexibility." 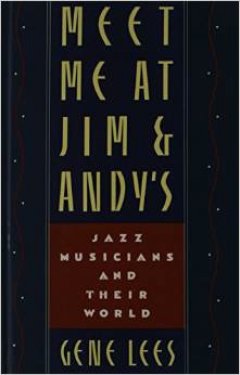 In a definitive piece about Rosolino the man and musician – whom he knew extremely well – the jazz writer Gene Lees described his friend as “amongst the best-loved men in jazz” who was “one of the funniest men with a wit that literally would not quit”.

That article, headed The Joker: Frank Rosolino appeared in Lees' 1988 collection of essays and reminiscences Meet Me at Jim and Andy's: Jazz Musicians and Their World.

But Lees also notes an incident when he and his wife were traveling by bus to Denver after an enjoyable weekend of music in Colorado Springs. Rosolino and the woman he was living with, Diane, were in the seat behind them . . . and Rosolino – whose third wife and mother to their two sons had committed suicide – was talking about “killing himself and taking the two boys with him, since he could not bear the thought of leaving them behind in this world”, writes Lees.

The following day everything was fine however, Rosolino joking around in the airport, and in good spirits they flew back to LA.

That was the last time Lees saw Frank Rosolino.

The following morning the joker was on the morning news. On his return, Diane went to a club but Rosolino had gone home to be with his sons aged seven and nine. 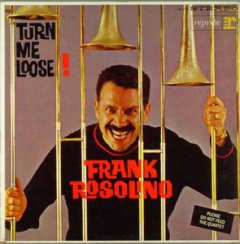 When she returned home in the early hours she saw a flash of light in the boys' bedroom and as she went into the house heard a gunshot, “the one Frank put into his brain”.

He had shot his two sons as they lay sleeping and then – with no significant amounts of drugs or booze in his body – put the gun to his own head.

One of the boys died instantly, the seven-year old lingered in a coma and when he recovered he was blind.

No one will ever know what switch got flicked in Frank Rosolino's brain during those quiet hours he was at home in Van Nuys with his sleeping sons. But most agree it was as unexpected as it was unthinkable.

Maybe, just for a mad moment, the joker was wild.