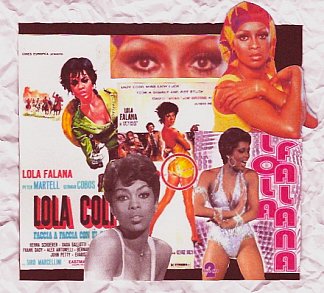 When the singer-dancer-actress Lola Falana arrived in New York in the early Sixties with, by her account just US$26 in her pocket, she took whatever dancing jobs she could get, mostly in Harlem clubs.

And it was in one such place that she was spotted by Sammy Davis Jnr. In quick succession she appeared in his Broadway musical Golden Boy, recorded her debut single My Baby, appeared in Davis' movie A Man Called Adam then was in a series of films in Italy . . .

She said the answer was simple, “It's God”.

A child of the church in Philadelphia, she had dance lessons from the age of three, sang in the gospel choirs and at 17 ran off to New York. 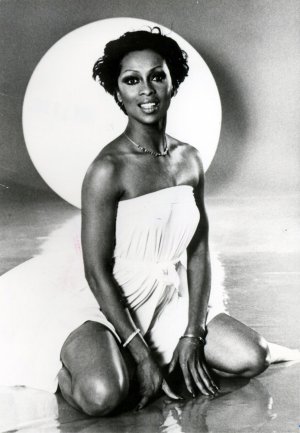 When Davis split with his wife May Britt, Falana became his partner for a while, although when Davis rented a suite for her at the Playboy Club in London she invited a friend Altovise Gore to share the place . . . and Gore became Davis' third wife.

Davis was enormously supportive of Falana and there is a striking image of her in his book Photo by Sammy Davis Jnr. Although Lola Falana was just a slight variant on her given name Loletha Falana she would sometimes say she chose the name because she wanted something which reflected the black experience and African culture.

Joey Bishop had her as a regular guest on his television show in the late Sixties and Johnny Carson also was quick to get her onto The Tonight Show where she would sing soul and gospel-inspired songs. She told him that distinctive though her name was people would call her all kinds of variants, like Lollapalooza. 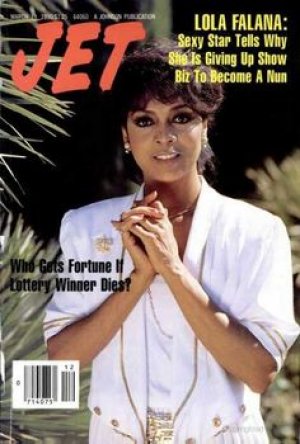 She was a star who posed for Playboy, did advertisements and photo shoots, danced and sang, recorded, made movies . . .

She was nominated for a Tony, and by the late Seventies was considered the Queen of Las Vegas where her glamorous, sophisticated show pulled in people by the thousand.

And she was increasingly unhappy.

By the mid Seventies (when she was married to one of the brothers in the soul-funk/disco band Tavares) her profile was at his highest . She had Muhammad Ali on that '76 television special where she delivers a sexy Lady Marmalade wearing very little . . . but she felt depressed and empty, and fell back on her faith.

She had always had doubts about her abilities (“I wasn't the best ballet or tap dancer, I just needed to make money”) and said she never sought fame, the doors just opened.

But later in life she said she was in no doubt who had made it all happen: God had given her “a little biddy talent” and He was helping her make the most of it. 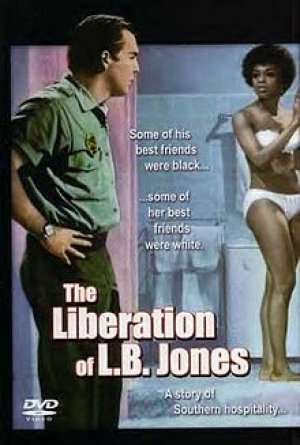 Her turning point came in the Eighties when she suffered from multiple sclerosis which left her partially paralysed.

She prayed, became a Catholic and was outspoken on abortion, recording the pro-life single Don't Cry Mary. And when she recovered she gave much of her life over to charitable and religious work.

Her conversations on her conversion do seem somewhat shapeless but there is no doubting how serious she is.

She is 78 these days and hasn't performed for more than 20 years, and today very few would even recognise her name, despite how distinctive it is.

She may have lent it to songs by Detroit electro-funker B Calloway, the wah-wah driven single by Black Rock Revival and rapper Ming72 and others . . . but you can't find her music on iTunes or Spotify (other than this jazz-funk Seventies song on the latter).

Yet in her time – more than a decade from the mid Sixties – she broke down stereotypes, commanded the entertainment world across many platforms from stage shows to film, and was a powerful (and funny) role model for many young black women.

And that's why we need to talk about Lola Falana.