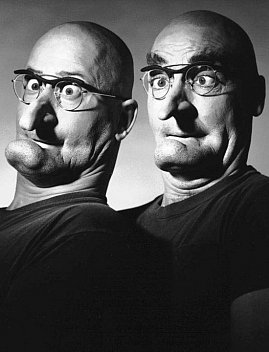 This duo who came to attention in America in the late Seventies/early Eighties opened for the Rolling Stones and Public Image Ltd, performed at the Munich Olympics and got their first big break on US television in a CBS show No Holds Barred.

And what did they do?

Imagine the sadistic end of the Three Stooges coupled with anarchic French clowns, a more flatulent spin-off from the surrealism of Monty Python, plus silly voices, protracted skits which seem to have no end or even a point and . . .

As Rolling Stone magazine wrote in 1981 – while calling them “the subversive darlings of the art avant-garde” – “the question is now whether the millions of Americans who lined up to watch the food fight in National Lampoon's Animal House will respond to the Kipper Kids' ritualistic gross-outs”.

They may have made their reputation in the States and their origins look to be in the European absurdist clown tradition but the duo of Brian Routh and Martin von Haselberg (look they've got their hands down each other's pants!) came together in Britain, Routh “a working class lad” (according to Rolling Stone) and von Haselberg of Argentinian-born German aristocracy.

When in their early 20s they met at a drama school in London where their disruptive behaviour and “experimental” acts lead them to being invited to leave.

These days they might be clinically diagnosed but the late Seventies they earned a reputation for anarchic art performances which often challenged and confronted audiences. As von Haselberg once said, “I don't know why people come to our shows, I do think that audiences enjoy being violated, and I don't know what that is. Perhaps they are crazy.”

The Kipper Kids – known individually as Harry and Harry – arrived at exactly the right time when punk brought an anarchic ethos and confrontation onto the frontline of the music game. With pancake make-up (“that lends them the air of a debauched Tweedledum and Tweedledee,” said Rolling Stone), they parlayed a violent act which involved whips, broken glass, physical confrontation and sometimes fireworks to shake up their audiences. 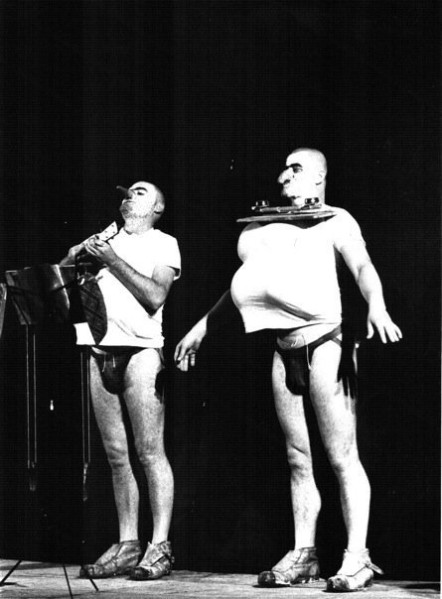 “We actually consume quite a bit of alcohol when we perform,” said von Haselberg.

Whatever it was they did, they pulled appreciative audiences in Europe and got themselves on TV specials in the States. Their connection with the music world came from von Haselberg's marriage to Bette Midler (they've been together since '78) who appeared in a special, and through Routh's marriage to the outrageous performance artist Karen Finley from '81- '87 who came out of the San Francisco punk scene with her music-cum-profane performance art win which she would appear naked, sometimes insert objects into her vagina, address suicide and the Holocaust, and rage over disco beats.

The Kipper Kids were the nexus of a collision of art, slapstick, music, performance and improvisation, often punctuated by seriously bent-outta-shape pop songs. One of their famous acts involved a boxer beating himself up.

It was ritualistic violence . . . with as much adolescent humour (farting) as serious provocation.

Their career was short (after '82 they went their own ways, only coming together occasionally) but for a while they had high-profile fans from the film and music worlds, and were analysed in academic terms by the arty set. They never made many claims for themselves but rather let their often bewildered and sometimes blood-splattered audience try to figure them out.

“Our work may be about our own lurking, festering violent impulses,” said von Haselberg in '81, “and perhaps it shows people, in a magnified way, what may lurk beneath their own calm exteriors.

“But there's no intentional message in our work. We perform an absolutely arbitrary series of actions.

“We say whatever you think we say.” 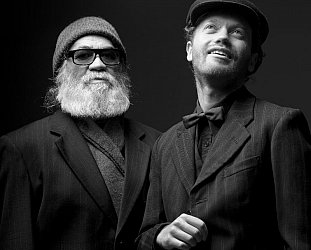 Mara TK is a son of legendary New Zealand guitarist Billy TK and one half of Electric Wire Hustle with David "Taay Ninh" Wright. Their debut album Love Can Prevail got excellent... > Read more