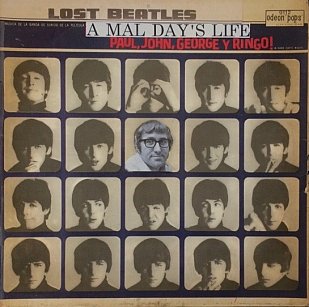 In January 1976 when the four LA police were called to a disturbance in a motel they were confronted by a huge, semi-naked man who was angry, seemingly high and out of control . . . and carrying what they took to be a firearm.

When he wouldn't drop the weapon – an air rifle as it happened – they shot him dead.

And so ended the life of Mal Evans, at just 40; a bit player but always near the centre of one of the greatest stories in popular music.

When his ashes were posted back to his homeland Britain, they went missing. 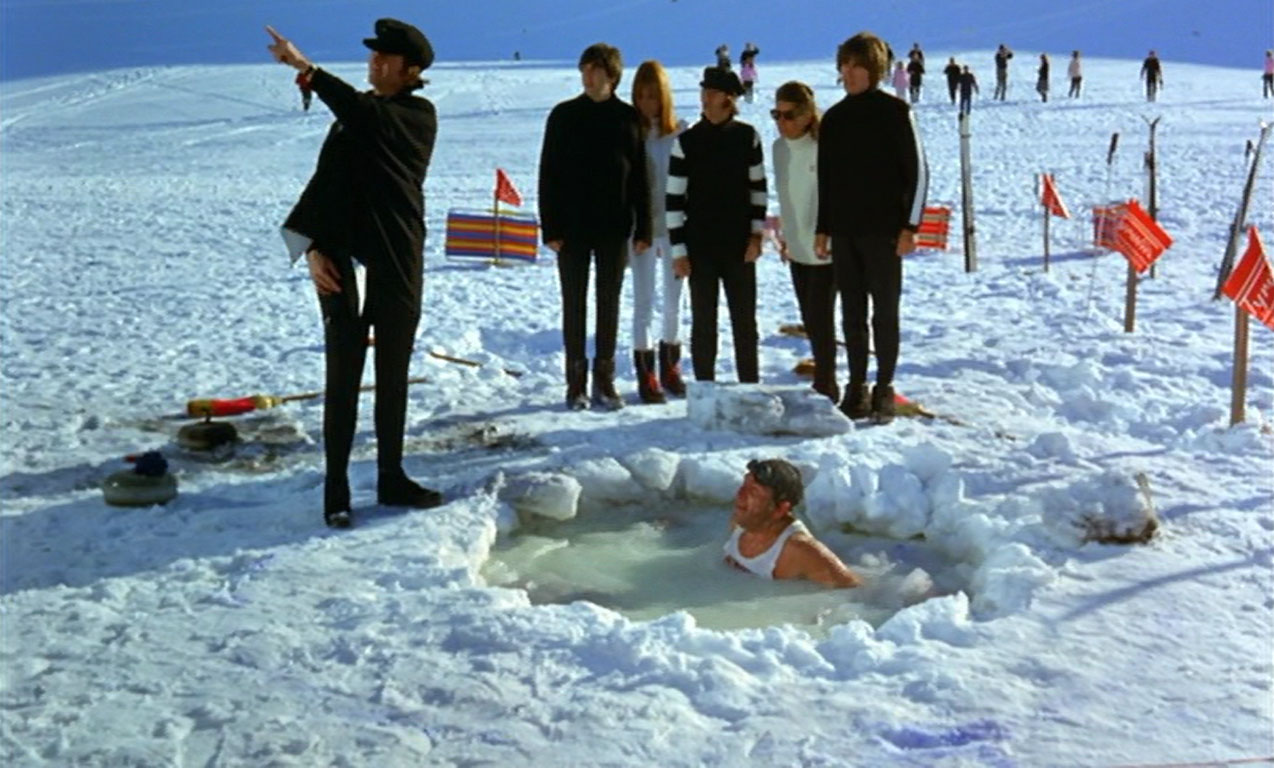 Mal Evans was mostly invisible but is always there in the Beatles' story: He was there at the Cavern and on tours in Britain as fame was starting to hit them, when they first smoked marijuana with Bob Dylan, at landmark shows like the Hollywood Bowl, at clubs in their company, in the background of many photos as the towering figure in horn-rimmed glasses, as the disorientated cross-Channel swimmer in Help! and . . .

He was bundled off the plane in Manila after the band's alleged snubbing of the Philippines First Lady Imelda Marcos. He had every reason to think he might be arrested or killed by the furious police and said, in tears, to the band as he was lead off the aircraft, “Tell Lil [his wife] I love her”. 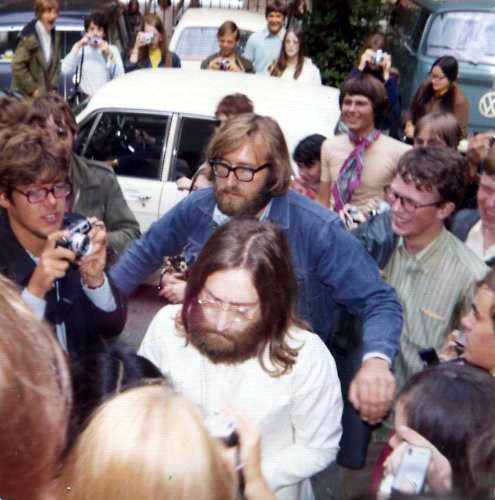 Evans was there for their final touring concert in San Francisco, remained friends with them all as they retreated into the studio or their own nascent solo careers, helped collate the images for the Sgt Pepper cover, appeared in Magical Mystery Tour as one of the magicians, sang on Yellow Submarine and What's the New Mary Jane among others, played sometimes on sessions (within the limits of his abilities), with them in Rishikesh with the Maharishi, contributed sounds and background singing to the White Album sessions, flatted with McCartney for a while . . . 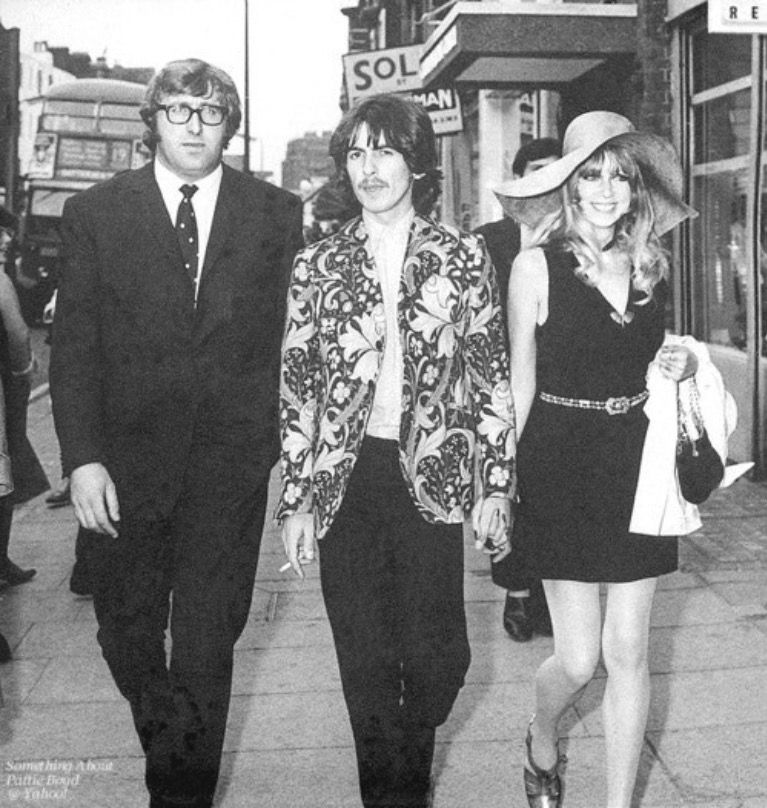 He was on the roof of Apple for that final brief live appearance.

He was the only member of the inner sanctum present when McCartney married Linda Eastman and went with Lennon, Starr, Clapton, Klaus Voorman and drummer Alan White to Toronto for the Rock and Roll Revival concert (that band's set captured on Live Peace in Toronto).

He was everywhere, but mostly just out of the frame.

Yet Mal Evans always stood out in a crowd, he was almost two-metres tall, and was there with the Beatles before the beginning.

He was a 26-year old telephone engineer, married to Lily with a child, in early 1962 when he first saw them playing the Cavern in Liverpool and, although an Elvis fan, he was immediately taken with them. 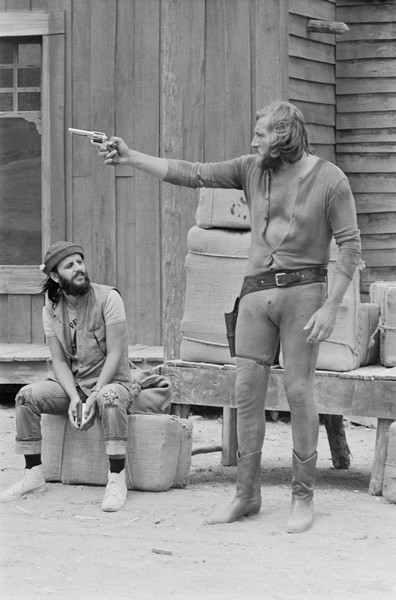 He became a doorman at the Cavern on Harrison's suggestion and in the middle of the year when it was apparent the Beatles were needing some buffer between themselves and their increasingly excitably fans, Harrison suggested a new career to Evans, apparently saying, “You're big and ugly enough, why don't you get a job as a bouncer? Then you can get paid, get into the bandroom and meet the bands”.

From that point on he was part of the band's increasing inner circle, but invaluable as their bodyguard-cum-roadie-cum-soundman-cum-general factotum.

The roller-coaster ride lasted right up until the notorious Allen Klein arrived at Apple to cut costs and cull staff. Evans was out. 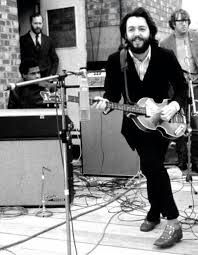 But he had also been involved in the music end of the spectrum and that continued for a while.

Evans was the man who had brought a band called the Iveys to Apple (they changed their name to Badfinger) and produced their hit No Matter What. He also discovered Splinter who made albums for George Harrison's Dark Horse label

He co-wrote You and Me Babe with Harrison which appeared on Ringo's best selling self-titled album of '73.

He remained good friends with all the former Beatles, was always spoken of a quiet and decent man and enjoyed – and sometimes endured – a remarkable life in the eye of the hurricane.

But when after he and Lil separated in '73 he seemed increasingly adrift, his life more shapeless than it had been when he was always on call.

There was a book deal and he seemed to be making decent progress on his autobiography, and he did a few radio interviews in the closing months of his life also. 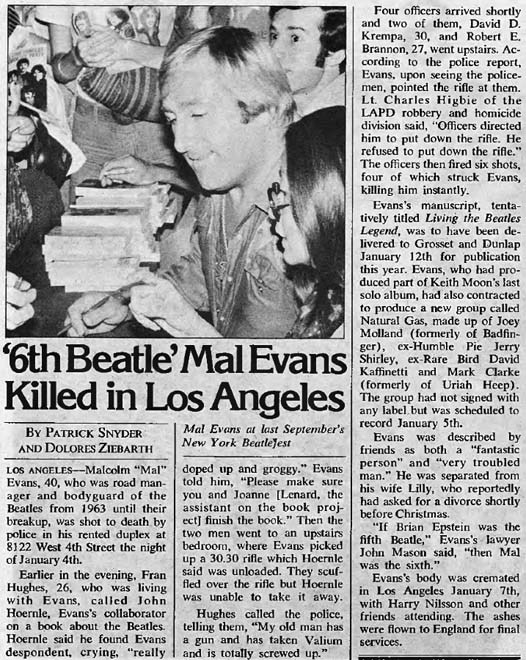 But the LA lifestyle, the separation, bad ways and harder times conspired against the gentle giant from Liverpool.

Some of his silent footage – as with his Beatle friends he was attached to filming – have appeared on You Tube.

Three hundred years before Mal Evans was gunned down the poet John Milton wrote some lines, often quoted out of their religious context but no less pithy and apposite.

Mal Evans was a busy man for more than a decade in the palace of the elect so maybe these lines don't fit, but when you think of how he was always there in the room or just outside the door ready and willing to do the emperors' bidding they do seem oddly appropriate: “They also serve who only stand and wait”. 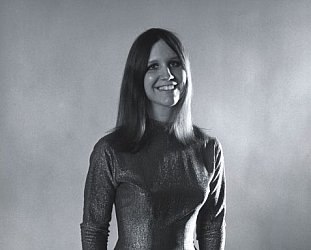