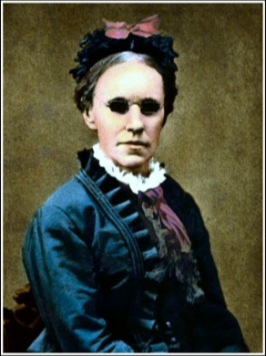 When Bob Dylan sold his song catalogue to Universal Music in late 2020 for the princely sum of a reported US$300 million, there was another figure worth considering. Dylan had the copyright on more than 600 original songs (not all of which he had recorded, of course).

In their 10 years together in the Beatles, the authorial credit Lennon-McCartney was attached to more than 200 songs.

And we will probably have to wait a decade or so – and more expanded box set reissues – before we learn a true figure for how many songs Prince wrote.

But all those songwriting credits pale in the comparison with the number clocked up by Fanny Crosby.

Reliable sources say that Fanny wrote more than 8000 songs – yes, that is eight thousand – in her long life.

If you are wondering why there aren't more tribute albums to Crosby as there are to Leonard Cohen, the answer is both simple and complex.

Fanny Crosby – who wrote both words and music – was born in upstate New York 1820 and began writing in her early Thirties when she collaborated with George F Root on popular songs.

Her life had been blighted from the age of six months when she suffered blindness after a local doctor applied mustard poultices to her inflamed eyes.

By good fortune, Crosby's mother managed to get her daughter into Manhattan's New York Institution for the Blind when she was a teenager and there started her musical career as a singer, pianist, guitarist, organist and songwriter.

She became a vocal advocate for the education of the blind (she spoke at the US Senate, the first woman to do so)

Then at 30 she attended a revival meeting and became an evangelical convert, and started writing hymns. By the score, then by the hundred. 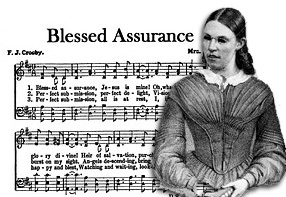 Her hymns and songs of praise are still being sung and recorded to this day, and in the past decade even more have been discovered in archives.

But it would be fair to say that outside of evangelical Christian circles songs like Safe in the Arms of Jesus, Rescue the Perishing, Saved By Grace, the rather beautiful O My Savior I Am Weary, Blessed Assurance (a theme at Billy Graham's crusades) and Though Your Sins Be As Scarlet are not exactly familiar to many.

Her religious songs have been sung by choirs and country musicians but – unlike Dylan, Lennon-McCartney and Prince among many secular artists – Fanny Crosby made very little out of her vast catalogue.

For the publisher Bigelow and Martin, Crosby wrote for $3 a song (yes, that's three dollars a song) for almost half a century.

Money of course, was never Fanny's reward and she would sometimes say she was glad to be blind because that meant the first face she would see would be that of her Savior.

And that by being blind she was spared being witness to the misery of this world . . . but she also spoke to the homeless, the poor and the lost. 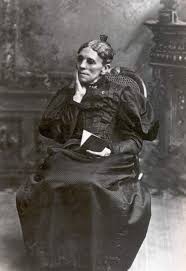 Her hymns were designed to uplift the spirits and souls of those adrift , she was a much published poet, she wrote patriotic and political songs (she abhorred slavery and was a supporter of Abraham Lincoln) but her later life was not without controversy when a 1905 unauthorized biography written by a friend shifted the focus from her supportive publisher onto the author.

It played out publicly but Fanny Crosby was largely untainted by it. That same year Fanny Crosby Day was declared and celebrated in many churches.

She died a decade later at 94 and 60 years later (yes, that is sixty years later) the woman known as “the Queen of Gospel Song Writers” was inducted into the Gospel Music Hall of Fame.

Over 8000 songs, a lifetime of faith and good works, which continued after her death through legacy grants from her will . . .

And that's why we need to talk about Fanny Crosby.

You can hear some of Fanny Crosby's hymns on Spotify starting here.

Thank you for this story on Fanny Crosby. A courageous woman.