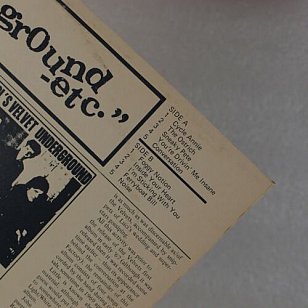 There are plenty of albums of very dodgy provenance (live and studio bootlegs, outtakes never intended to see the light and so on) but few misrepresent themselves quite as much as this one which, any passing civilian might rightly think was the Velvet Underground.

Most rock people would say VU were Lou Reed, John Cale, Sterling Morrison and Maureen Tucker who in '67 released that Warhol banana cover album (with Nico), and White Light/White Heat the following year.

Hardcore purists baulk a little at their self-titled album of '69 when Doug Yule replaced Cale and cool even further for Loaded which credited Tucker but who was actually absent for the sessions. Loaded saw the group on record down to half their original number.

No one seriously considers Squeeze of '73 to be a VU album although it came out under that name. By that time Reed too had left so it was late-comer Yule who pretty much did it all by himself. When they toured Tucker came back and the band was filled out by a couple of Yule's friends from his former band. 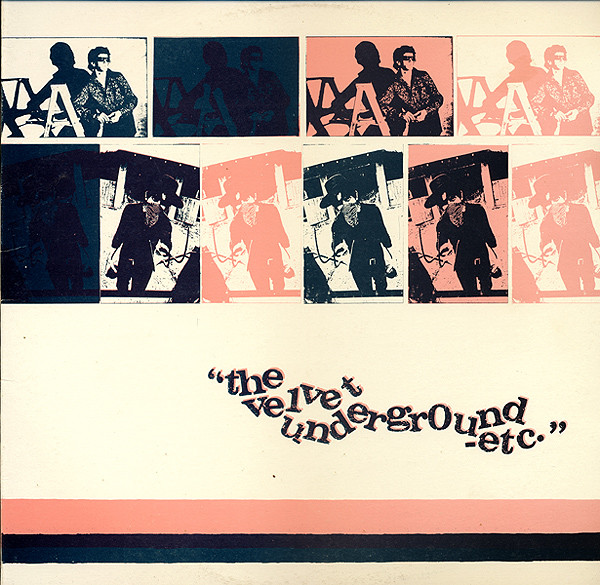 So what does all this have to do with the album in hand, Etc?
About as much as Etc has to do with Velvet Underground as we know and understand them.

My copy – white label, blue wash coloured vinyl – says it is on Plastic Inevitable Records 1979 (it was, but my copy is obviously much later than that).

It also suggests it is Volume 1 but where they might go after this bottom-trawl is debatable.

So what is on this album?

VU fans will recognise some of the titles: The Ostrich, Sneaky Pete, Cycle Annie, You're Driving Me Insane (as with the first two given added excitement by the sound of studio whoops and party noises) . . .

These were pre-VU songs Reed knocked off as a jobbing songwriter at Pickwick which appeared under various names (The Primitives, Beachnuts and Roughnecks respectively, Sneaky Pete the flipside of The Ostrich).

At a stretch however we might allow The Ostrich to almost pass muster here because when the label wanted a group to tour the garageband sound of The Ostrich (a Reed parody of dance crazes, “I was stoned . . . I decided to make up a dance”) that was when Cale was introduced to Reed.

But Cale wasn't on the single.

So, the first side of this eight-song album (and two other “conceptual" pieces) is made up of Reed's juvenilia before VU and the extensive liner notes speak of the VU story but get charmingly vague about most of the music on the album. 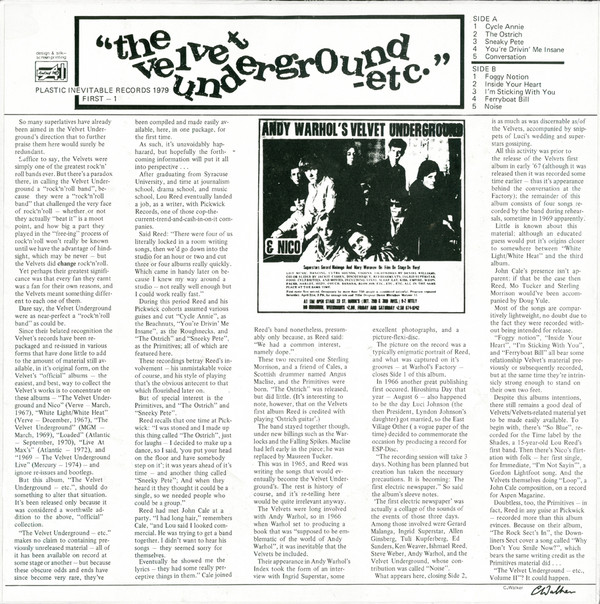 Cycle Annie – kind of surf-pop about a tough biker chick – and Foggy Notion on the second side (which appeared on the VU compilation album of '85) and Insane are interesting in that we hear the origins of Reed's love of chord repetition and the speak-sing style which came to the fore after VU.

Ferryboat Bill and I'm Sticking With You which also appeared in subsequent box set reissues (but are kinda dull) are here.

Conversation is just that, a recording of Reed and others talking about a book with Warhol-acolyte Ingrid Superstar and Nico while Waiting for the Man plays in the distance. It anticipates similarly tedious sound pieces by Lennon-Ono.

Noise which closes the album is just that: it was the VU's contribution to a '66 happening event and we can hear the band playing live (or tuning up?) somewhere behind the idle chatter of various Factory folk, some radio collage stuff and . . .

So is this Velvet Underground?

Sometimes . . . but it's mostly just “etc” . . . and that et cetera was the original albums which is where any sensible soul would start.

And no, I have no idea how I have this album in my collection  . . . and on further listening it is even harder to explain why.

For other articles in the series of strange or interesting characters in music, or odd albums, WE NEED TO TALK ABOUT . . . go here.

Etc was followed by further bottom trawling titled And So On from the same label. From memory, the label was an Australian knockoff label that probably got hold of some old tapes and transferred them to vinyl. I got both from either a mail order bootleg service in Melbourne in the early 1980s or through the wonderful Atlantis Records in Christchurch. It was rumoured there was to be a third release. Thankfully, it never appeared.
-Paul 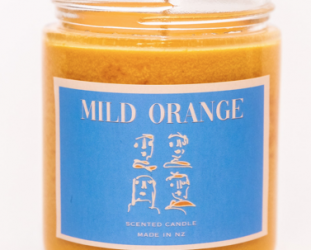 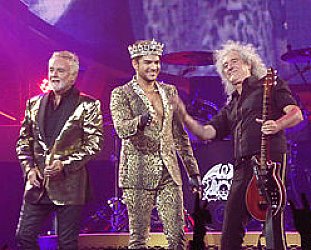