In the Western world the offspring of famous musicians often have a hard time if they choose to follow in the footsteps of their parents: witness the case of Julian and Sean Lennon.

But in other cultures, notably in India and parts of the African continent, there is not only an acceptance but an expectation that children will take up the same calling as their parent.

Oddly enough this wasn't the case with the late Ali Farka Toure from Mali who actively discouraged his son Vieux from becoming a musician. ("Don't put your son on the stage, Mrs Toure"?)

In fact Ali decided to send Vieux into the army instead so he would avoid the career disappointments he had suffered as a young man. Quite some career to prefer, huh?

Later however the young Toure (a guitarist/singer like his dad) enrolled in an arts college and won his father over, eventually joining his band. Despite his encroaching cancer, his father (who died last year) appears on a couple of tracks here, Vieux's debut album.

It's a fair comment that like other famous sons and daughters (Femi Kuti and Anoushka Shankar spring to mind), Vieux lack the intensity and gravitas of his more famous parent, but here that only refers to his yet-to-be-lived-in vocals. It takes little away from this quite mesmerising album where his guitar parts shimmer and he benefits from having the great kora player Toumani Diabate on hand.

The leisurely instrumental Tabara and the twanging Diallo with his father on lead are certainly standouts, but elsewhere Vieux offers a more modern take on this music when he branches out into chipping reggae with a European band (Ana) and brings in jazzy quality (the flute passages on Ma Hine Cocore).

The track Courage is also quite trippy in a lo-fi funk way before it soars off on aerial vocals over a gritty guitar from executive producer Eric Herman, a man who clearly has an astute ear and knows how to make Vieux appealing for a Western audience.

But Vieux is also very much the son of his father and reverent to the traditions, especially on the tracks with Diabate; the pensive Toure de Niafunke and the 10- minute closer named for the kora player, Diabate.

So put aside Western preconceptions about someone following in the footsteps of their famous parent and admit this one for consideration.

For a debut album it is very impressive indeed. 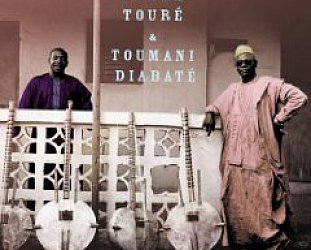 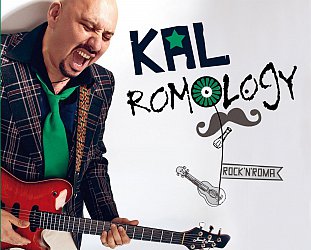 Although this group from Belgrade led by singer-songwriter Dragan Ristic have been a very popular and energetic live act, and previous albums have topped world music charts, to casual... > Read more