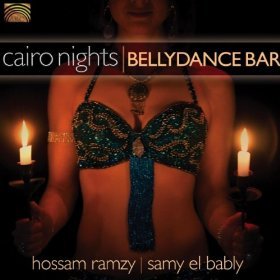 Elsewhere listeners know it is unwise to judge an album -- especially a world music album, and most particularly a bellydance album -- by its cover.

Beneath the bejewelled, bikini-top breasts on this unpromising looking album are the two key features: the names of Ramzy and El Bably.

Ramzy is a prolific writer (over 20 albums for the Arc label alone, most in equally unpromising covers!), percussion player and global citizen who has played not only traditional music from various regions of the Middle East but also Western jazz, and been a guest on albums by Robert Plant and Jimmy Page, Cheb Khaled, Rachid Taha, Peter Gabriel . . .

El Bably, who was recently killed in car crash in Egypt, was a legendary trumpeter whose sound is best described as woozy, heavy-lidded, sinuous and warm.

They fall foul of a little softness in the funk-lite of Kol El Aalam (although El Bably rises above the George Benson-styled acoustic guitar) and with a large ensemble (oud, accordion, zither and so on as well as sequencers and electric bass) they make music which will transport you somewhere -- if not make you want to get up and shake your belly.

And the closer is a 15-minute improvised tour-de-force. Stunning. 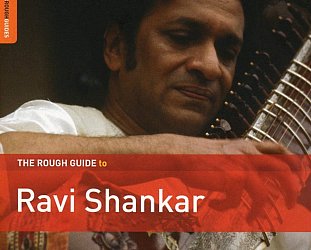 As the pre-eminent Indian classical composer/sitar player of his generation and that country's most internationally acknowledged musician, the late Ravi Shankar – who died in 2012 – not... > Read more