The band name and album title here explain it all: this is a group of Arab musicians whose instrumentation -- alongside traditional instruments like the local lyre, gritty fiddle and various flute-like pipes -- includes discarded jerry cans used for tuned percussion (and an ammunition box, which tells you much about the volatile world they inhabit).

Coffee is the currency of hospitality in their region but also fuels these energetic songs and I don't imagine when it's midnight at the oasis anyone is considering putting their camels to bed.

This is vigorous music, and the lyrics (in translation in the useful booklet) sing of weddings, ancient poetry, forbidden love between people of different tribes, and coffee. Uplifting music -- and these guys seem to be brewing up storm internationally with their concerts and this album picking up rave reviews.

If you like groups like Tinariwen, Terakaft or Etran Finatawa, you should check this disc out! Vibrant and compelling.

The name alone intrigues me. I have added these folks to my virtual list of CDs to buy! I love ingenious musicians who make instruments out of every day objects, it's quite inspired and inspiring. 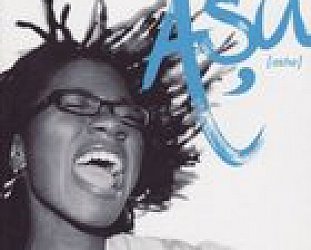