Funny how “African music” has been perceived, adapted and mis-represented down the decades, innit? That’s not to say Bengt Berger and the other musicians from Stockholm who recorded Bitter Funeral Beer for ECM in the early 80s didn’t come up with something interesting when they used the voices and rhythms of Ghanaian people. Or that Talking Heads, Ginger Baker, Paul Simon, Damon Albarn and others who have trekked off to Africa (or to the tape library of the ethnomusicology department) were wrongheaded.

But Africa has always had its own voices and a welcome result of the marketing of world music is that vaults have sprung open and we can now hear original recordings by Mali’s legendary Rail Band (which included the young Salif Keita), the big bands of Guinea and the great Congolese singer and bandleader Tabu Ley Rochereau.

With so much authentic Africa out there it is kinda fun to be confronted with a re-issue that for a period seemed to define Afro-jazz for many in the West in the early 70s.

Soul of Africa by tenor saxophonist Hal Singer and pianist Jef Gilson has an interesting history: it was recorded in Paris in the late 60s by an expat American and a Frenchman.

Oklahoma-born Singer was one of those tough tenor players (Texas tenors they were called) who played with Jay McShann’s band in the Forties, hit the r’n’b circuit in the Fifties, did jazz and soul session work, toured in Africa, and found his natural home in the Afro-Parisian scene of the mid 60s when he got off Earl Hines’ tour bus and decided to stay.

Paris at the time -- and for a couple of decades after -- respected American jazz musicians for the artists they were and Singer hooked up with the likes of makossa master Manu Dibango and other African musicians who had moved to Paris in search of work and music opportunities.

Gilson was a gifted French pianist/band leader who had found his niche with musicians from Madagascar and revelled in the woozy big band sound which was propelled by percussion and, on Soul of Africa, by the astonishingly oceanic bass playing of Jacky Samson.

The album was the meltdown of all that -- plus some hard blowing of the Coltrane style from Singer who still had his ears attuned to what was going on Stateside.

It is worth us reminding ourselves just how little consciousness there was of African music in the wider world: the high profile careers of Fela Kuti and King Sunny Ade were more than a decade away, Paul Simon was writing Sounds of Silence, Ginger Baker was still a few years away from opening a studio in Lagos, and it would be almost 15 years before Eno teamed up with Talking Heads for Remain in Light and its polyrhythmic drive.

African music was on the margins of popularity (although many US jazz musicians were aware of it and borrowing), but it was big in some French clubs. Out of that cauldron came Soul of Africa, an album that boils with Afro- energy.

The reissue adds two tracks from another Gilson album which detract from the gutsy and surging music of the original, but no matter. On the five original tracks you can hear Singer channelling Coltrane back across the Middle Passage, back to the origins, back to an Africa of the imagination. 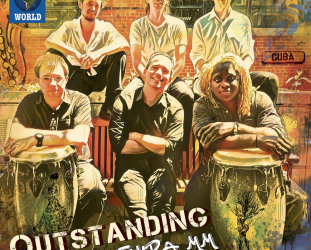 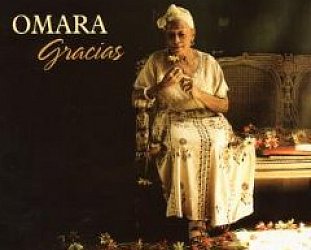