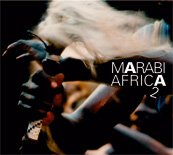 The first compilation Marabi Africa won plaudits at Elsewhere because, if nothing else, Marabi was the label which brough the great Malouma to world attention -- and so this sequel commands attention immediately.

Once more there is an impressively broad but coherent cross-section of artists represented, some of whom have appeared at Elsewhere (Malouma again, El Hadj N'Diaye, the late Ali Farka Toure with Boubacar Traore) as well as some names (Mahotella Queens, Rumbanella Band) back from that earlier collection.

As always though, it is the unfamiliar artists who offer the delight of the unexpected: DuOuD features oud player Mehdi Haddab of Taranaki Womad 2009 guests Speed Caravan with Malouma on vocals and they bridge the ancient and the future with an effortless amalgam of traditional sounds and electronica; Mounira Mitchala offers Arabic soul; Rajery introduces the tube zither to your ears, Trio Ifriqiya from Algeria deliver soul-folk jazz with piano, oud, and percussion . . .

All these 16 tracks are taken from the artists' album noted in the sleeve but, as with the previous collection, this acts just fine as a stand-alone album. 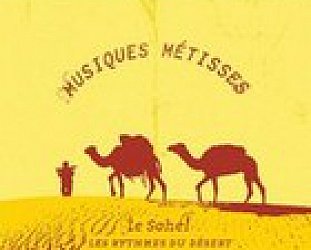