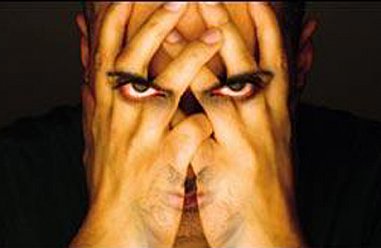 Ask British-Indian musician and composer Nitin Sawhney what he’s currently working on and five minutes later he is still telling you. Then adding, “Oh and also . . .”

Sawney has the kind of schedule that doesn’t allow much time for sleep and even locating him has been difficult. Finally, after numerous attempts, there he is on his cellphone rushing off to somewhere.

Sawney  -- who was raised in Kent and briefly studied law in Liverpool -- is a wunderkind is the British contemporary music scene. Although considered one of the seminal British-Indian musicians who emerged with the Asian Underground Movement in the 90s, Sawhney actually began his professional career in a comedy duo with Sanjeev Bhaskar (the hapless son and host in The Kumars at No. 42).

Then he joined the emergent acid jazz scene as a keyboard player and DJed in clubs, and began a recording career which won acclaim and awards for its global fusion of Indian classical and pop styles and Western idioms from hip-hop to flamenco.

He moved into scoring for film and television and increasingly has had commissions from classical orchestras, although he still keeps one foot firmly in the global pop market by DJing and playing in clubs, and he imbues his own music with strong political and social subtexts.

He has also composed an orchestral soundtrack for the Indian silent film A Throw of Dice.

From somewhere in London Sawhney runs through his recent and current projects, a list which is tiring to listen to.

He’s just finished the soundtrack for The Namesake by Mira Nair who did Monsoon Wedding and Vanity Fair; he’s completed music for a new Playstation game Heavenly Sword which was recorded with an orchestra in Prague; then there are the three theatrical musicals, one based on the Indian epic the Mahabarata being co-produced Sadler’s Wells, there’s work on a play about an Indian mathematician who studied in Cambridge early last century, and music for a doco about young girls in Nepal who are believed to be possessed by the goddess Kali.

“That’s an interesting documentary made by the same people who made the film Rise. And recently I also did the music for a film called Blindsight about blind children climbing Mt Everest.

“I’m just about to do the music for a movie about [Beatles’ manager] Brian Epstein’s life which will come out next year. It’s more of classical scoring, the production will incorporate an in-depth look at his life considering who he was, rather than simply relating everything he did to the Beatles.”

There’s more too: a BBC Proms concert for August with an orchestra which comprises musicians from India and England, and writing his next solo album to be entitled London Undersound which will be about the way the political landscape has changed over the past five years and the rise of anti-Islam sentiment.

And away he goes again about another soundtrack, and something else.

“I’m just constantly working at the moment, but they are all really exciting, and I’m excited to come over to New Zealand to play that score for A Throw of Dice because it has such a lovely feeling to it.” 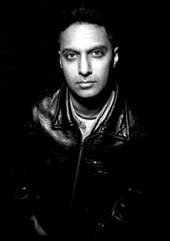 The Indian classic by German director Franz Osten was released in 1929 but over the years most copies were lost or destroyed. It disappeared for decades until the British Film Institute restored it and commissioned Sawhney to compose the score which he wrote for, and was recorded by, the London Symphony Orchestra.

Sawhney he knew little about A Throw of Dice -- an epic story of two rivals for the hand of a beautiful woman -- and says his knowledge of Indian film was more of the classic films of Satyajit Ray and art-house movies of the 50s and 60s.

“Ray’s Apu trilogy was my introduction to Indian film, but for A Throw of Dice we were going back another 30 years. Ray referred to Franz Osten as the only director who managed to capture the true splendour of India. Osten really had a feel for India and he almost had a Cecil B DeMille, David Lean or Chaplin approach.

“You can see those influences, but he was also capturing something very different about India. There is a big screen kiss at one point which is something you don’t see in modern Indian cinema.”

As with many silent films, there may have been an original score to be played live by a pianist or small ensemble, but Sawhney was not aware of one.

“I liked that I knew hardly anything about the film because I wanted to react to it. I could tell you about he whole history of the Apu trilogy and for most films I research a helluva lot.

“But in this situation, because the director had passed away, it was important to me to take on that role and shape the soundscape to the film. I didn’t want to have any influences in my mind.

“As far as I was aware, and still am aware, there was no other score. Although I would actually be interested to know now if there had been.”

Scoring for film presents challenges for any composer, notably the limited time for any idea or emotion to be explored while complimenting the changing images, moods and locations on the screen.

“You have to develop your own vocabulary and find the language of the film musically, whatever project you are working on. It is important to lock in to the emotions and mood, and the psychological narrative and subtexts, and find something additional you can put in to take the audience somewhere perhaps even the director might not have envisioned.

“To accommodate that you have to find sounds and feeling and a dynamic in the music to bring that out, but at the same time you don’t want to swamp the film. You have to constantly flow with the different emotions. So the constraints are what makes it exciting.”

The live presentation of the music with A Throw of Dice has now taken on a life of its own: Sawhney has performed it at the Barbican in London and been asked to do it again in Trafalgar Square. There are invitations from Lincoln Centre in New York, as well Los Angeles and Portugal, and on-going discussions with people in Japan and India.

“It has caught a lot of people’s imagination, but in a sense it is not difficult to perform. Orchestras sight read and that is what is wonderful about working with a great orchestra, you don’t have to rehearse and rehearse, it is just a matter of them having the parts in advance and getting familiar with them.

“We all come together and work through it, and hopefully we are all in synch,” he laughs.

“No. I’m about as single as they come. At some time marriage and kids would be on the cards -- but at the moment everything is all about the work.”


Thank you for insightful comments on a brilliant composer, that sadly will never break away from having a cult following only. All Mixed Up is one of the great albums.Nitin is very in demand and aside from everything else you mentioned, did the score, which is available on CD, of the wonderful VAREKAI - the most recent Cirque Du Soleil to visit our shores.He was also heavily involved in the brillant Tapis Rouge - Solarium - for Cirque.Nitin is a true trailblaiser! Rock On!! 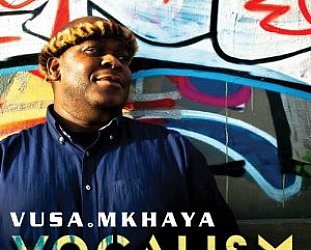 The recent Paul Simon concerts and reissue of Graceland doubtless reminded many of the vocal power of the great South African ensemble Ladysmith Black Mambazo who were on that album and Simon's... > Read more 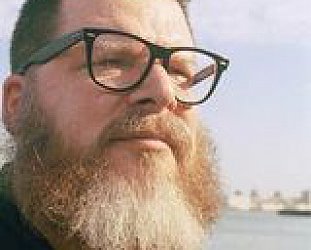 For a band which has released eight albums the alt.country/indie.rock band Willard Grant Conspiracy has - like Calexico, Giant Sand, Lambchop and others - rarely broken into mainstream... > Read more