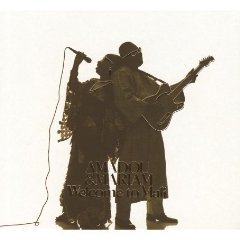 Just by the sheer number of artists it produces, you'd have to say Mali seems to have -- like Jamaica -- an almost unnatural number of gifted, inventive musicians, many of whom have appeared at Elsewhere: the late Ali Farka Toure and his son Vieux Farka Toure, Oumou Sangare, Djelimady Tounkara, Habib Koite, Toumani Diabate . . .

Amadou and Miriam have long been popular favourites outside their homeland, but frankly -- especially when lined up againist some of the earthy musicians mentioned above -- I have found them the anodyne, sweet and sometimes decaffeinated side of Mali music.

The first half of this beautifully packaged album confirmed that impression: tickling guitars, easy melodies, some lyrical repetition in French that wouldn't trouble you if you did a year of it in high school. Not much happening in fact.

Then everything kicks up a notch with the fifth track Djuru (with dense percussion) and although I wouldn't want to ever hear much more from rapper K'Naan who guests on the lame Africa, things get much more interesting, if not edgy. Toumani Diabate plays kora on one track, and there's some nicely stinging electric guitar and organ on Masiteladi which is the standout.

It also has a hidden track about four minutes after the final track listed, and it's one of the best on the album if you can be bothered locating it.

A&M fans, and they are legion, will no doubt embrace this slickly produced outing but despite its merits in the last half I still prefer any number of other acts from Mali.

This one will certainly find its place at your dinner party or barbecue however.

But a tip: follow this link to Mali and start poking around. You won't be disappointed.

Unabashed Afropop of the most blatant kind but don't let that stop you. Happy, dancey and funky plus I have a thing for black people singing in French, be they African or otherwise. 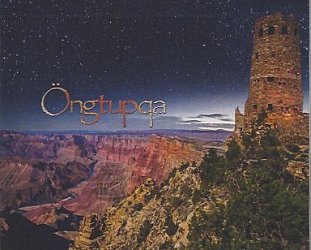