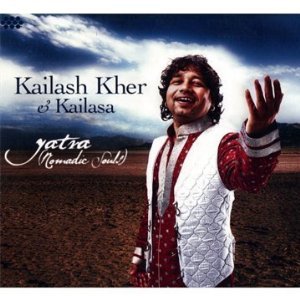 If the sound of Indian (Bollywood) playback singers or Indo-pop has never made much sense to you then you are directed to the thrilling soundtrack to the film Cash (video clip here) or maybe this very Western-framed album by one of the country's biggest stars.

Kher has become something of singing superstar (it would be fair to observe he didn't get there on his looks) and he has one of those powerful voices of qawwali singers -- but is nowhere near Nusrat Fateh Ali Khan (who possessed much more gravitas and transcendental take-off) as his champions have suggested.

But here on his first major international release he fires it across the top of music which sometimes has reggae or hip-hop beats, makes nods to Western pop and rock, and which includes every sound under the sun to hook you in. It works too -- although there is also some very weak material here.

But from jingle singer to a judge on Indian Idol is some distance to travel in five years, and here is his pitch for wider recognition on re-recorded material and some new tracks which are musically right across the board from ballads to tabla-rock.

When he does soar (Jhoomo Re) or takes the mood down (the acoustic tracks at the end) it is impressive -- but mostly it is enjoyable, often exotically exciting spiritually-infused Indo-folk pop-rock which deserves a serious hearing -- even if you do go away thinking it stumbles in a few important places. 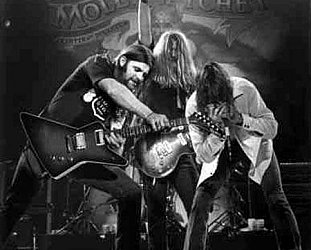 Molly Hatchet out of Florida may never have reached the critical acceptance of the Allman Brothers Band or the popularity of Lynyrd Skynyrd, but like Atlanta Rhythm Section they were a pretty... > Read more