By coincidence Elsewhere here acknowledges the son of another music master in the same week as we pick up the album by Jakob Dylan.

Kamel El Harrachi is the Paris-based son of the late oud player/singer Dahmane El Harrachi from Algeria and this is his tribute on the 30th anniversary of his father's death.

Singer/oud player Kamel has a powerful and gutteral voice but on the lighter ballads (driven by percussion and acoustic guitar from the band) this also has some rather more intimate moments.

But mostly this is exciting, slightly intense urban folk-blues (Chaabi) which deliberately recalls the moods and sounds of the casbahs of his father's day and includes some of his father's favourite songs. It closes with his version of Ya Rayah, his father's most famous song -- see clip below -- which has been widely covered (notably by Rachid Taha).

Doubtless this will be most welcomed by those who saw Kamel at the Taranaki Womad in March, but even if you didn't there is something always rather exotic and emotionally thrilling about the sound of the oud, a small orchestra and Chaabi.

You doubt it? Then start here. 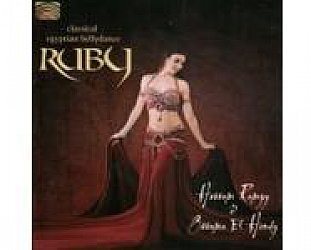