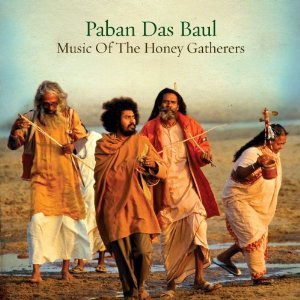 The music of the itinerant Bauls of Bengal has only made a brief appearance at Elsewhere previously (the album by Bapi Das Baul here) but its uplifting spiritual quality in pop-sized bites (it is often improvised, but on CD nothing stretches much longer than Hey Jude or Stairway to Heaven) which makes it appealing on a number of fronts.

Paban Das Baul has been quite the ambassador for this often hypnotic, undeniably exotic and always engrossing music: in 97 he recorded in the Real World studio in Bath, and last year he collaborated with London-based guitarist Sam Mills on the Real World album Real Sugar -- which shows just how far he has traveled (literally and metaphorically) from his home village in West Bengal where he was inducted into the Sufi and Baul traditions.

This album with own small ensemble -- percussion, dotara, sort of a Jew's harp thing, ektara -- keeps the music almost elementally simple and his vocals are warm but authoritative in these folk songs which have a mesmerising, groove-based tenor.

Undoubtely this is music best experienced live, but over these 10 songs in 55 minutes you can certainly be seduced in and drift away -- even if you have no idea what is being sung about.

The eight-minute closer (only one of two song that length) will have you slipping into a peaceful trance to a place where the honey-gatherers are. 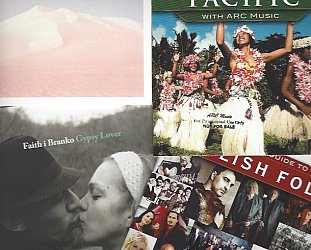 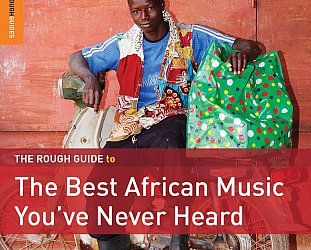