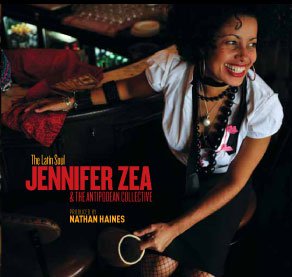 Venezuelan singer and songwriter Zea must be thanking the gods that in 1994 she saw The Piano . . . and was so seduced by the New Zealand landscape she decided to move here. And that she brought with her a background of various musical styles picked up on home turf, American soul from the radio and time in Detroit, chanson in Paris, Brazilian and Caribbean sounds . . .

In this country she has teamed up with some of the finest jazz players around -- among them pianists Kevin Field and Jonathan Crayford whose sound is integral here -- and had the album sympathetically produced by Nathan Haines who keeps things clean, fresh and brightly tight.

With her commanding, sometimes deep and masculine, voice, Zea certainly attracts attention with her confidence and unwavering delivery (and a sense of sultry seduction in places which she never overplays), but there is also a lot going on here musically.

Although there are Afro-Cuban sounds (the opener Ven sets the tone) and plenty of Latin soul stylings, there are also pop sensibilities brought into play, terrific jazz playing (on Juan Jose pianist Crayford takes Ramsey Lewis from being In With The In Crowd on an angular dance into Rio's clubland) and some breezy English-language songs you'd hope would make it to radio on warm day (notably the makeover of Stevie Wonder's Moon Blue).

The ballads To Love and Mi Nina written by Zea and Field are just plain lovely and win through understatement.

There are also little sonic effects -- footsteps, distant applause -- and for the life of me I was sure there was a cicada on the humid Candelaria, but it was outside my window. It seemed highly appropriate though because the whole album sounds like it was conceived on a warm night beneath a tropical moon.

Made in New Zealand, but world class on every level.

Bliss to one has heard too many discordant sounds today 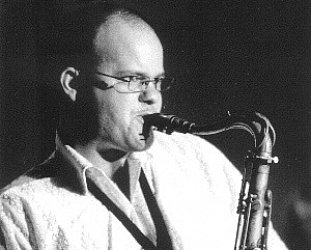