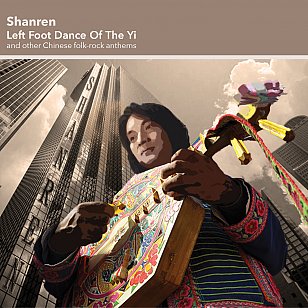 I've always wanted to say this -- because it sound so archaically "Times of London" or like New Zealand Herald editorials in the Sixties -- so here goes . . .

"As regular readers of this column will no doubt know . . ."

And yes, such regular readers of Elsewhere as there are would know I recently spent some time in China's almost-remote Yunnan province (available by regular commercial flights, but few non-Chinese bother to go there).

So when it comes to this band from that same place I might pretend to some insider knowledge.

I certainly met some of the titular Yi people -- one of the two dozen or so "minority ethic groups" in the vast province (and its next-door neighbour where I also travelled).

But, to be honest, aside from a few of the more traditional tracks on this album, little could prepare me (or you) for this band which grew up on illegally sourced Western rock album (Yep, Led Zeppelin and clearly some reggae) but who --- after establishing themselves in Beijing as some Sino-rock outfit -- yearned for their home province.

That I can understand: see here if you doubt the dramatic beauty of that region.

So they reconnected with their folk traditons (utterly obscure to outsiders of course) and produced this album which links their chant-sing/drone and percussive old songs with . . . well, brutal rock and some reggae tropes towards the end of the album.

Yep, it's weird as a listening experience although, appropriately, it opens with an anonymous airport announcement, which I guess is them/us being called for our flight "home"?

Frankly, the first two thirds is where the real good stuff is (those village songs on four-string Yi lute etc) although you can't deny the sudden injection of rock'n'reggae later on which -- to most Western ears -- may sound a bit try-hard.

But check this song out, which seems to be them in mad atonal punk-metal mode, but sorta spokenword. Then it becomes a love ballad?

Either way -- and they do swing either way -- Shanren come off as something very different.

And that makes them a welcome band at the 2014 Womad festival. 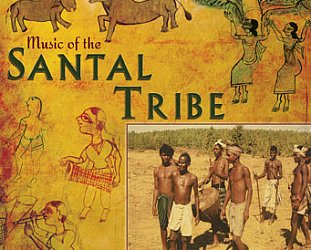